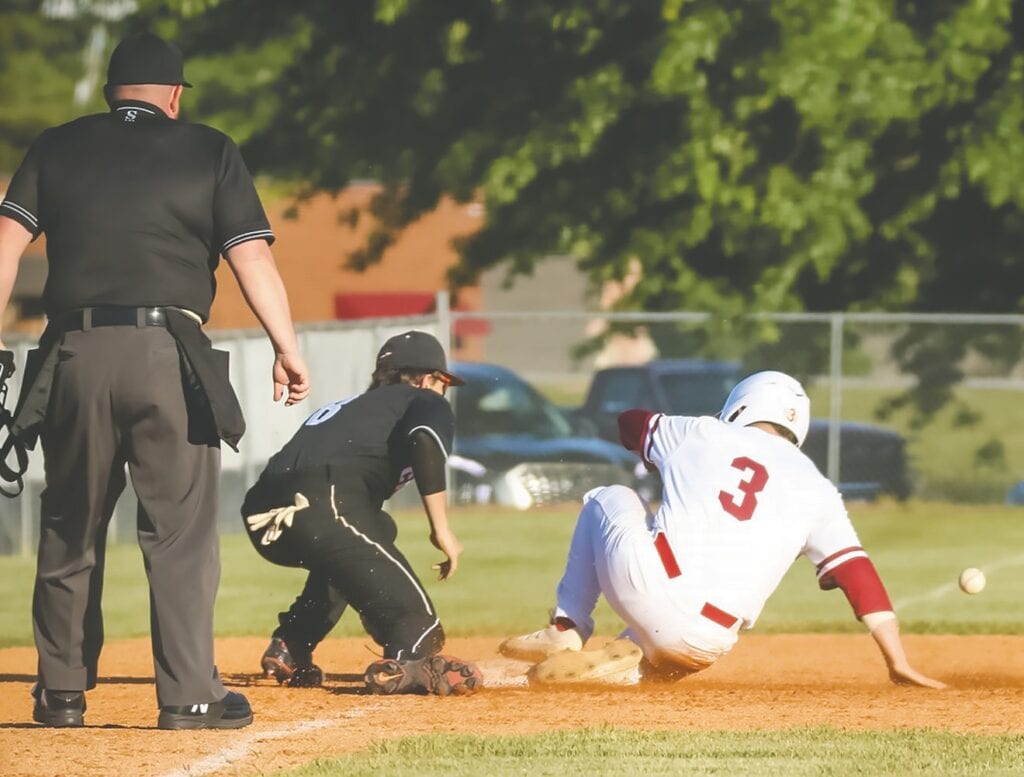 Oneonta’s Brodie Devaney slides into third ahead of the throw in Friday’s victory against North Jackson. -Mandy Moore Photography

Oneonta punched their ticket to the 4A championship game with two huge wins over the North Jackson Chiefs last Friday. In game one, the Redskins scored 11 runs in the final two innings of the game for a 13-3 victory. Game two was never close with the Redskins defeating the Chiefs in a 16-3 blow out.

With one out in the bottom of the first inning, Brodie Devaney singled on a hard grounder to center field driving in Braden Moore. Connor Faust drove in Devaney to put the Redskins up 2-0. Neither team scored in the second, but North Jackson got on the board with one run in the third and two more in the fourth for a 3-2 lead.

In the bottom of the fifth, Devaney reached first on a Chief error to start the inning. He advanced to second when Beau Ragsdale walked. Devaney advanced to third and Ragsdale to second after tagging up on Luke Hodge’s fly-ball out. Faust drove them in on a hard grounder to left field. 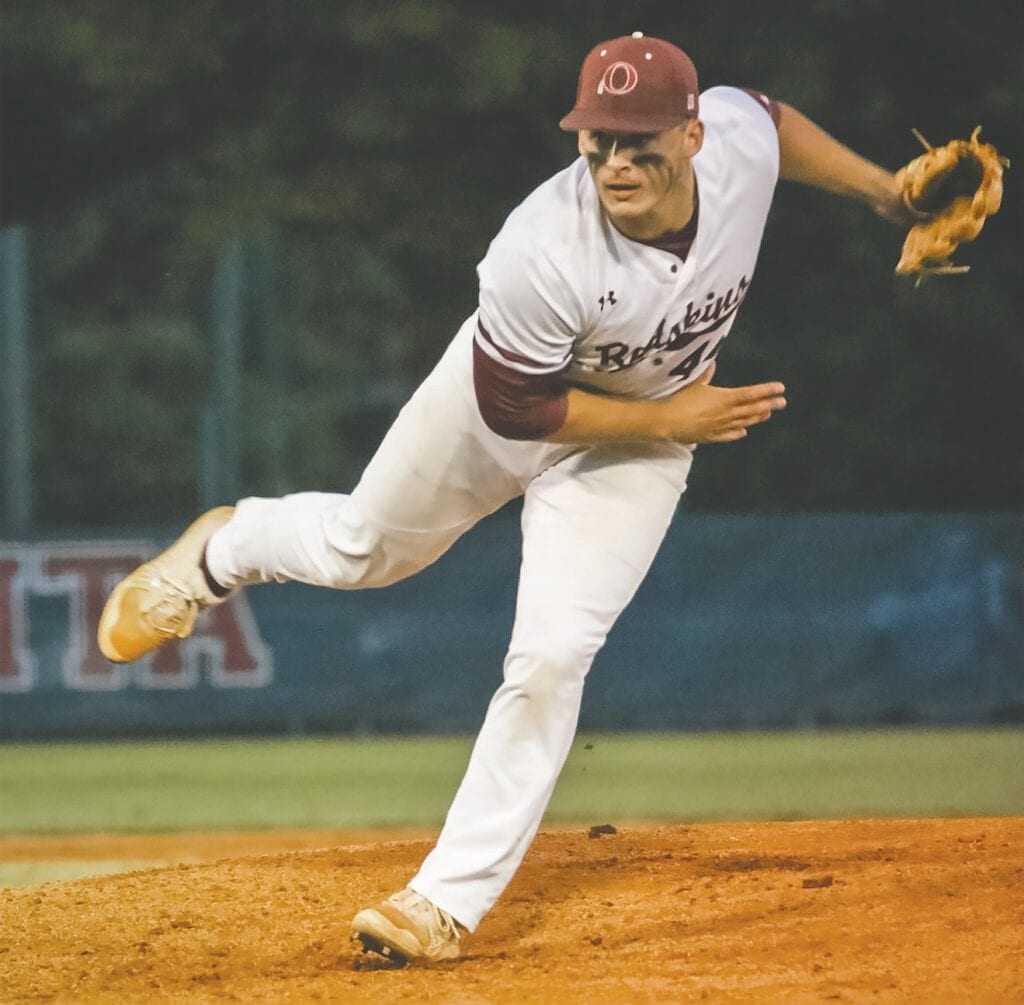 Faust started on the mound for the Redskins. In four and a third innings, he allowed three runs on four hits, striking out four. Kobe Harper came in to close the game out. He earned the win allowing zero runs and zero hits while striking out four. 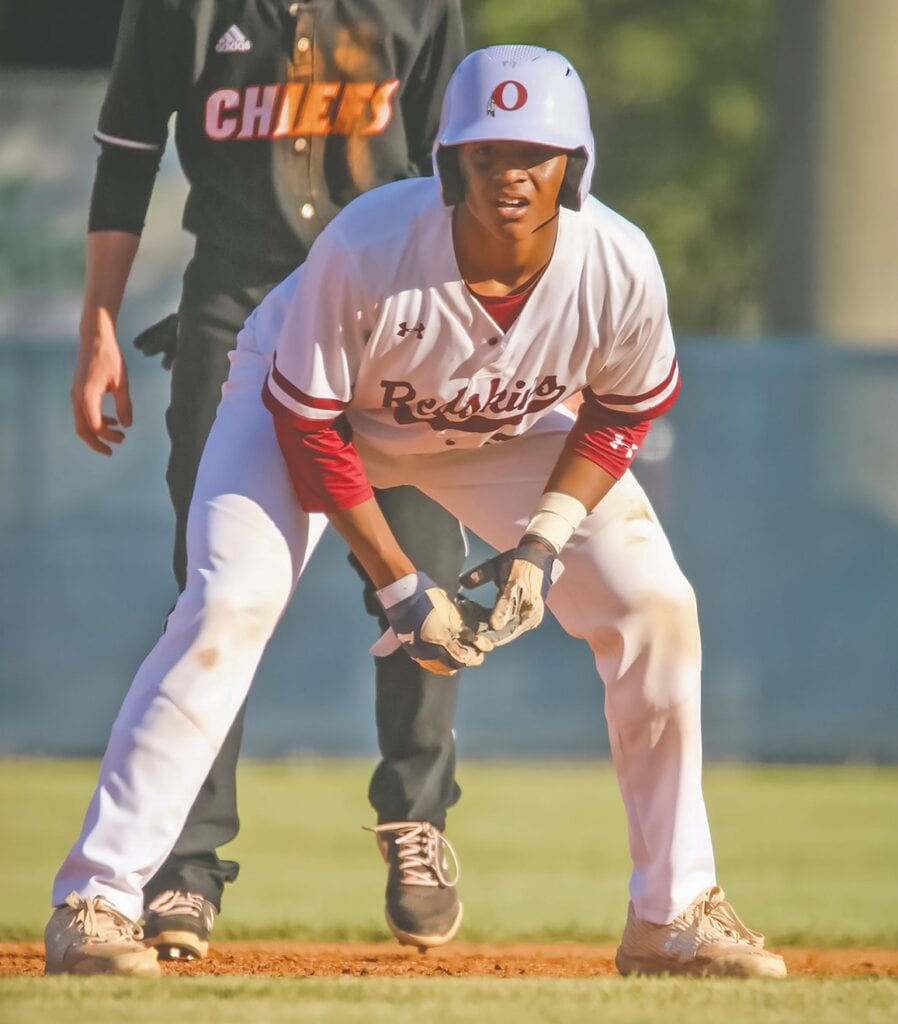 The Redskins coasted to an easy victory over North Jackson in the second game of the series. Oneonta opened up scoring in their first at bat when Ragsdale homered on a 1-1 count scoring three runs. The Chiefs put two runs on the board in the bottom half of the inning, but that was as close as they got.

Oneonta added three more in the fifth with Hodge, Faust, and Dailey crossing home plate to put the Redskins up 9-2. In the sixth, the Redskins notched seven runs driven by an error on a ball put in play by Patrick and Devaney, a single by Moye, a ground-out by Ragsdale, and a double by Faust.

Hodge pitched six innings earning the win. He gave up three runs on six hits while striking out nine.

Oneonta has swept each series on their run to the championship game. They play the Mobile Christian Leopards for the 4A championship with game one starting at 7 p.m. today at Paterson Field in Montgomery. Game two starts at 4 p.m. tomorrow at Montgomery’s Riverwalk Stadium. Game three, if needed, will follow at 7 p.m.