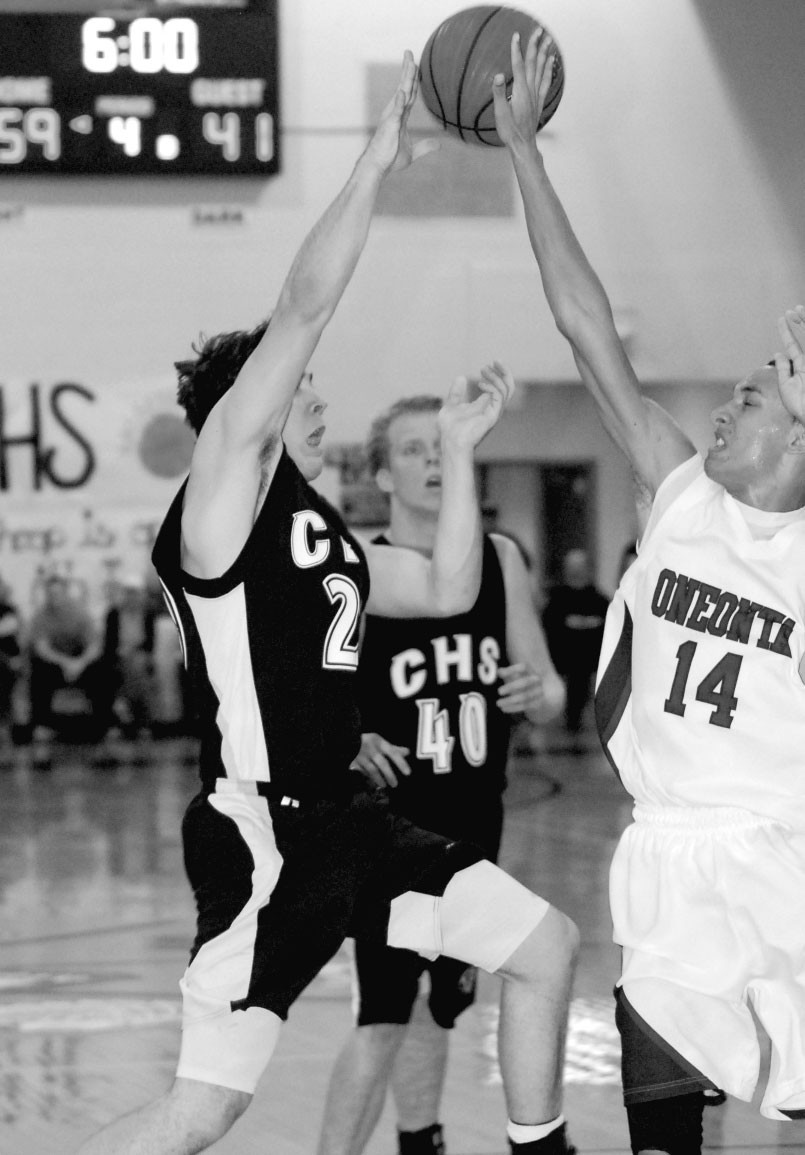 Combined with the junior high sweep from the week before, Oneonta won five of the six county basketball tournament titles for 2011. Varsity Girls Oneonta 45, Hayden 44

Oneonta and Hayden had split a pair of regular season games with each winning on the other’s home floor. The finals match-up turned out to be the rubber match between the only two ranked teams in county – Oneonta came in ranked No. 7 in 4A; Hayden No. 10 in 5A. 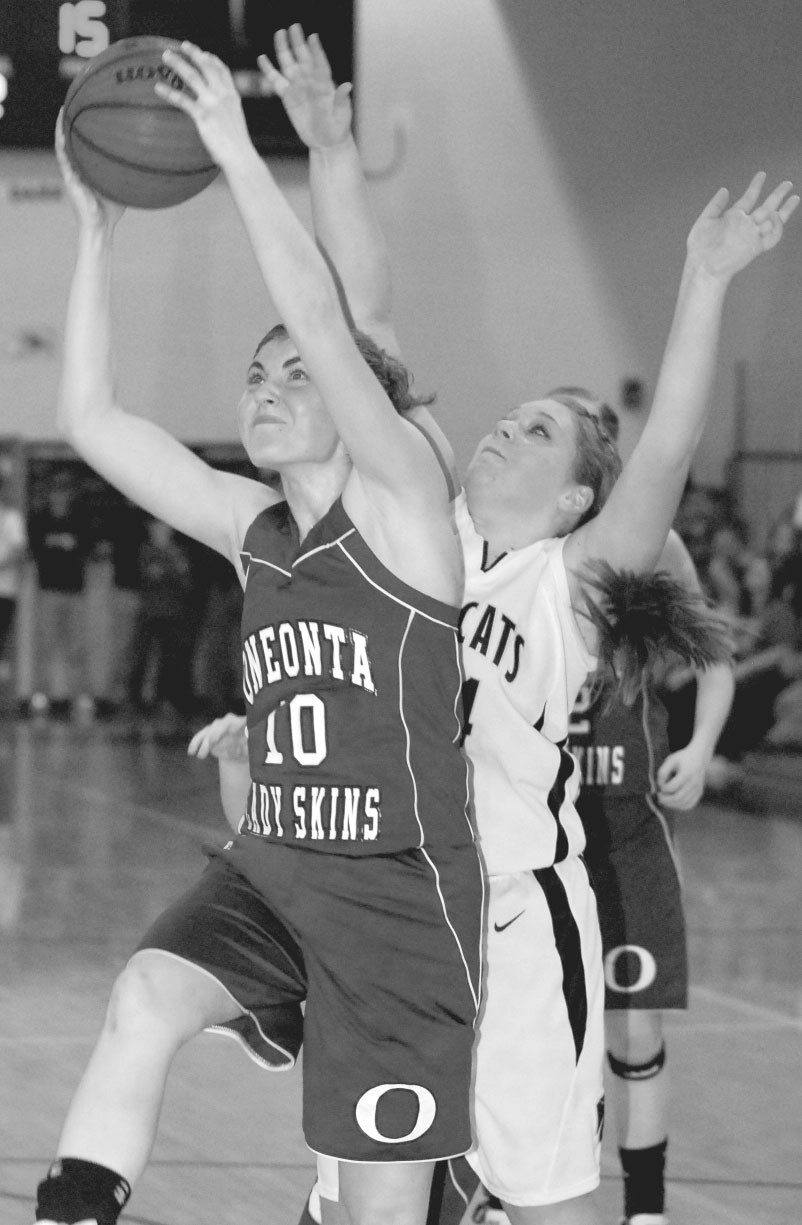 Hayden’s Krista Stricklin drilled a 3-pointer to start the game but that was all the Hayden offense could manage in the first quarter.

Oneonta got off to a decent start on offense and led 11-3 after the first quarter. Hayden came back with nine points in the second quarter but Oneonta scored 10 and the Lady Redskins led 21-12 at the half.

The first half of the third quarter belonged to Oneonta as the second-seeded Lady Redskins got balanced scoring to start the second half and led 36-19 at one point.

However, Hayden turned up the defensive pressure and forced a pair of turnovers that Stricklin converted into layups to cut the Oneonta lead to 36-21 after three quarters.

In the final period, the Lady Wildcats kept the pressure up and the Lady Redskins began to show some cracks. Hayden – behind the 13 fourth-quarter points of Stricklin – finally tied the game 44-44 with less than a minute left.

Oneonta worked the clock down before calling a timeout on the ensuing possession. Finally, with just two seconds left, Redskin freshman guard Abby Blackwood was fouled on a shot attempt. She hit the first and then deliberately missed the second so that the Lady Wildcats desperation attempt had no chance.

Hayden (18-5) got a huge game from Stricklin, who finished with a game-high 30 points (22 in the second half) and eight rebounds. Madison Durham battled foul trouble but finished with 10 points and 13 rebounds.

Two teams that rarely see each other – other than in the finals of county tournament – met up once again for the title. It was the ninth championship game appearance in a row for Oneonta and the sixth consecutive time that the Redskins and Panthers met in the finals.

The Redskins got off to a quick start and led 18-11 after one quarter. In the second quarter, the Redskin defense took over as Cleveland managed just five points and Oneonta’s 15-5 advantage in the quarter gave the top seed a 33-16 lead at the half.

Cleveland came out in the second half with a bit more fire and immediately began to attack the Redskins’ interior defense with 6’2 senior forward Thomas Horton getting four quick points.

Oneonta responded with a couple of long 3-pointers by Ryne Wester and Keenan Warren but Cleveland’s Josh Fallin began to heat up as well. The quarter ended with Oneonta still on top by 17 – 50-33 – but the Panthers seemed to have found some momentum.

In the fourth quarter, Fallin buried a couple of quick 3-pointers and 6’6 center Matt Hays converted inside and the Panthers were able to cut the Redskin lead to single digits.

However, Oneonta got a 3-pointer from James Russell and two more from Wester to extend the lead back out and the Panthers could not respond.