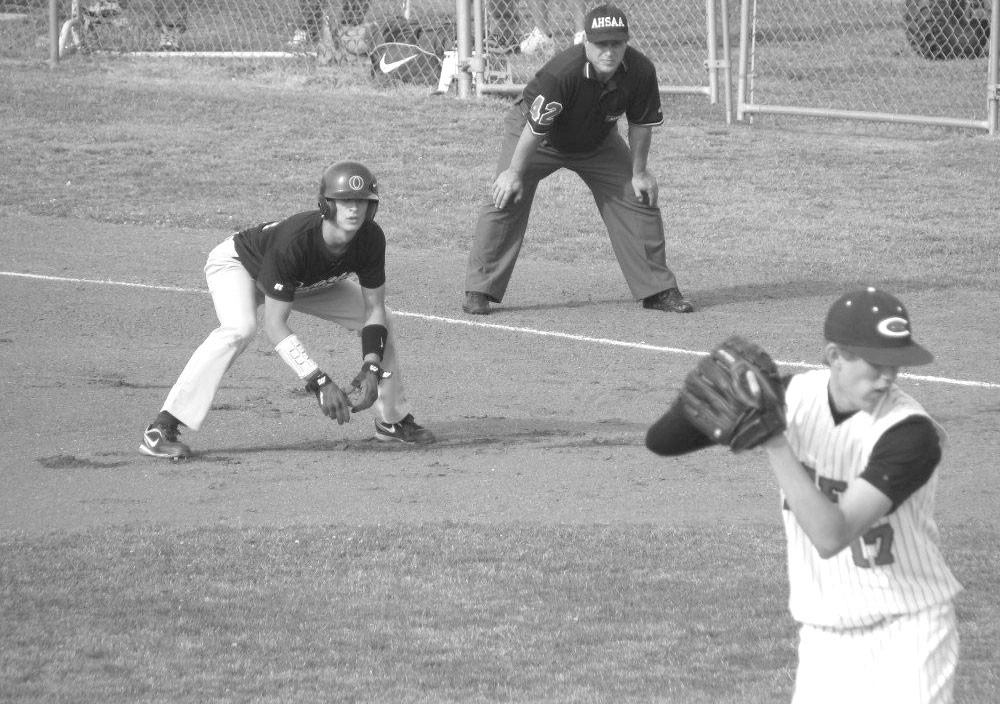 The Cleveland Panthers and the Oneonta Redskins advanced to the second round of the high school baseball playoffs last week but only one team is still alive.


While the Redskins went to Cleburne County and swept the Tigers, the Panthers were ushered out of the playoffs by scores of 8-5 and 10-0.

Oneonta got off to a bit of a slow start but came on to knock off the Tigers 9-2 in game one before rallying late to take game two 4-2.

Neither team got much offense through the first four innings thanks to great pitching by Oneonta’s Matt Hellums and Cleburne’s Michael Barber and some solid defense on both sides. 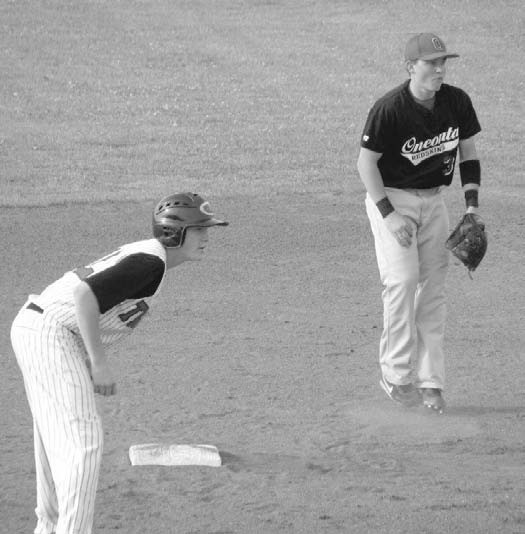 Oneonta appeared to actually score a run in the first inning when Trevor Willis singled and came around to score on a pair of throwing errors while stealing second. However, the umpire ruled that Oneonta’s Hellums interfered with the catcher on the throw to second. Hellums was called out and Willis was put back on second.

The game remained scoreless until the Tigers broke through against Hellums in the fourth inning when a pair of hits and a groundout plated two runs. 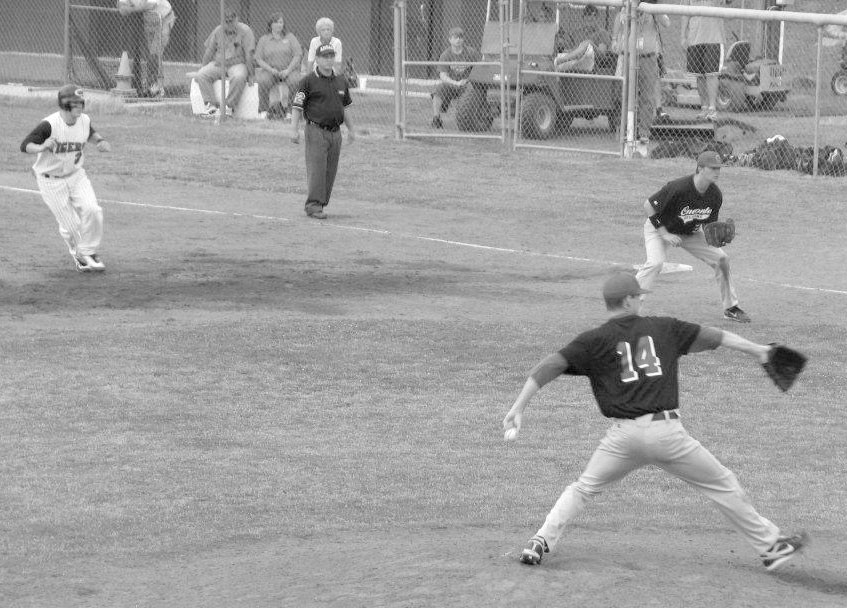 Oneonta responded in the fifth inning. Back-to-back singles by Caleb Bicknell and Taylor Oden started the inning and, after a sacrifice bunt by Chase Bryant, Cory Glasscock ripped a two-run double into the gap in right-center to tie the game. Two batters later, Hellums singled to score Glasscock and the Redskins were up 3- 2.

The Tigers threatened again in the fifth but Hellums got a ground ball back to the mound for a fielder’s choice and then Cleburne’s Taylor Jones tried to steal home with Hellums in the windup and was tagged out by Bicknell.

The play at the plate seemed to jumpstart the Redskin offense. Oneonta sent 10 men to the plate and scored six runs with Wes Gillespie, Oden, and Bryant each contributing two-run singles.

Hellums mowed down the Tigers in the top of the seventh and the Redskins had game one, 9-2.

Oneonta improved to 21-3 while Cleburne County dropped to 22-10.

The Tigers had sophomore ace Matthew Norton ready for game two but he ran into Oneonta co-No. 1 Travis Sims and the Redskin junior simply shut down the Tiger offense.

Oneonta didn’t exactly blast Norton although Trevor Willis scored a first-inning run after reaching on a single and scoring on a hit by Hellums.

Sims was his own worst enemy early. The junior struck out five through the first three innings but walked three and gave up an RBI single in the third.

Oneonta had baserunners in the second and the third but couldn’t break through and the game went to the fourth tied 1-1.

Sims changed that quickly. Norton tried to get a fastball by him but Sims rocketed a drive over the fence in dead centerfield to give the Redskins a 2-1 lead.

The lead stayed 2-1 through the fifth but the Tigers finally made Sims pay for a walk when a bad-hop single got over the head of Oneonta third baseman Austin Dickie to score a run. Sims struck out the next batter but the game was tied 2-2 headed to the bottom of the sixth.

Hellums led off the Redskin half with a slow roller to second that was booted for an error. After a Gillespie bunt moved the runner to second, Sims was intentionally walked. It appeared to be a good move when the next batter struck out bringing Bicknell to the plate with two on but two out.

Two pitches later, the move backfired as Oneonta’s junior catcher lashed a ground-ball single through the infield scoring two runs to give the Redskins a 4- 2 lead.

Sims had struggled with his control throughout the game but was never really threatened by the Tiger offense. In the seventh, pitching with a two-run lead, Sims retired the side in order and finished the game with a strikeout of Cleburne’s home run leader, Brayden Walker (for the fourth time in the game).

Sims scattered seven walks but gave up just three hits and struck out 10 to move to 8-0 on the year.

Willis (2 for 2, run) was the only Redskin with more than one hit but Hellums had an RBI single and Sims was 1 for 2 with a home run and two runs scored. Bicknell had just one hit but it was his two-run single that gave the Redskins the lead in the sixth inning.

Oneonta improved to 22-3 on the year while Cleburne County’s season ended at 22-11.