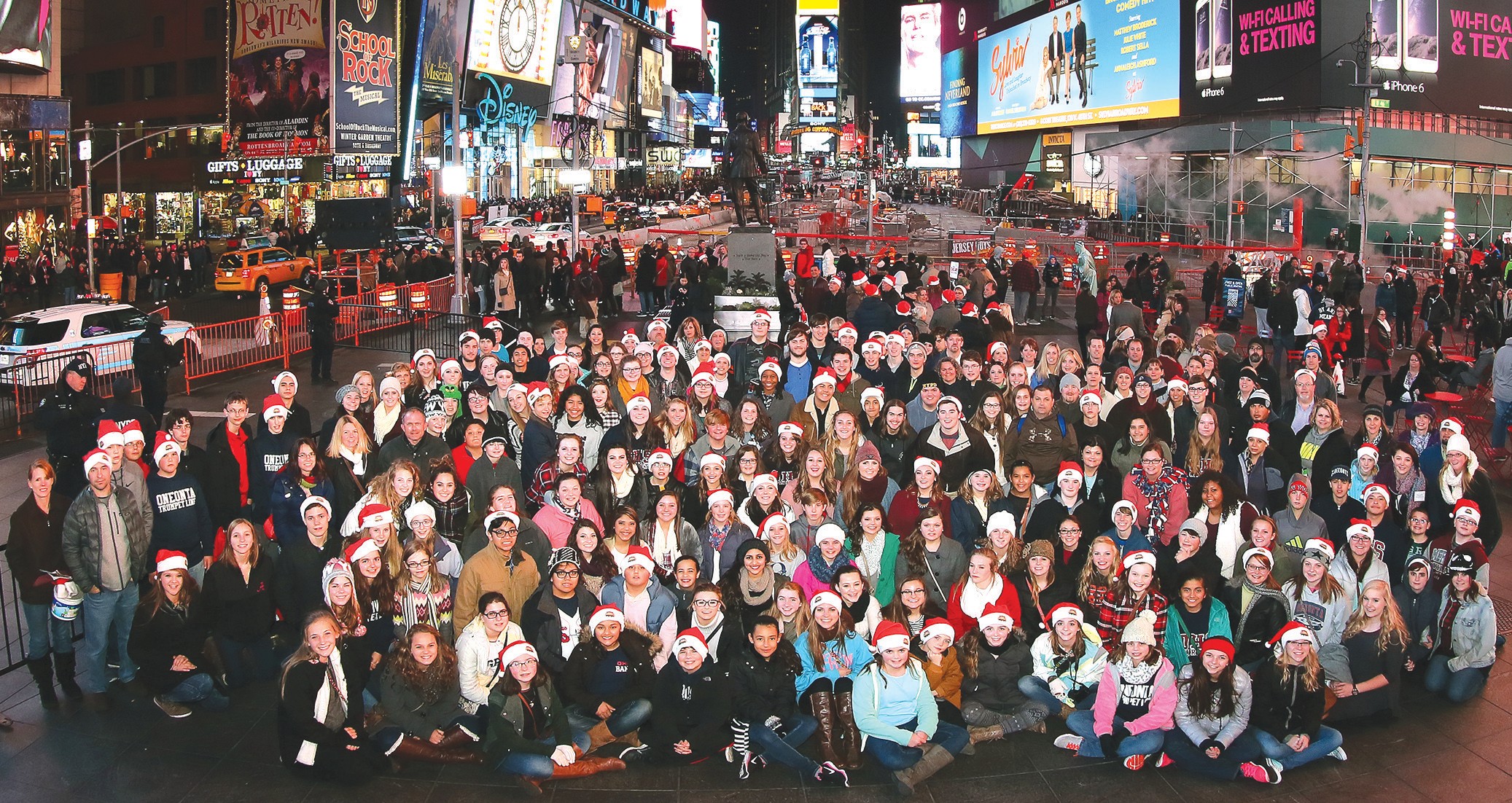 The Oneonta High School Redskin Marching Band, under the direction of David Bearden, spent Thanksgiving week touring New York and marching in the Dunkin’ Donuts Philadelphia Thanksgiving Day Parade, the oldest Thanksgiving parade in the country. While in New York, band members and chaperones enjoyed an evening dinner cruise around Ellis Island, a Rockettes performance at Radio City Music Hall, and a tour of New York attractions including the 9/11 Memorial, Fifth Avenue, and Times Square. In Philadelphia, they visited Independence Square and performed in front of thousands during the parade. When asked about the trip, seventh-grade trumpeter Harrison Skillman had only these words:‘It was amazing!’