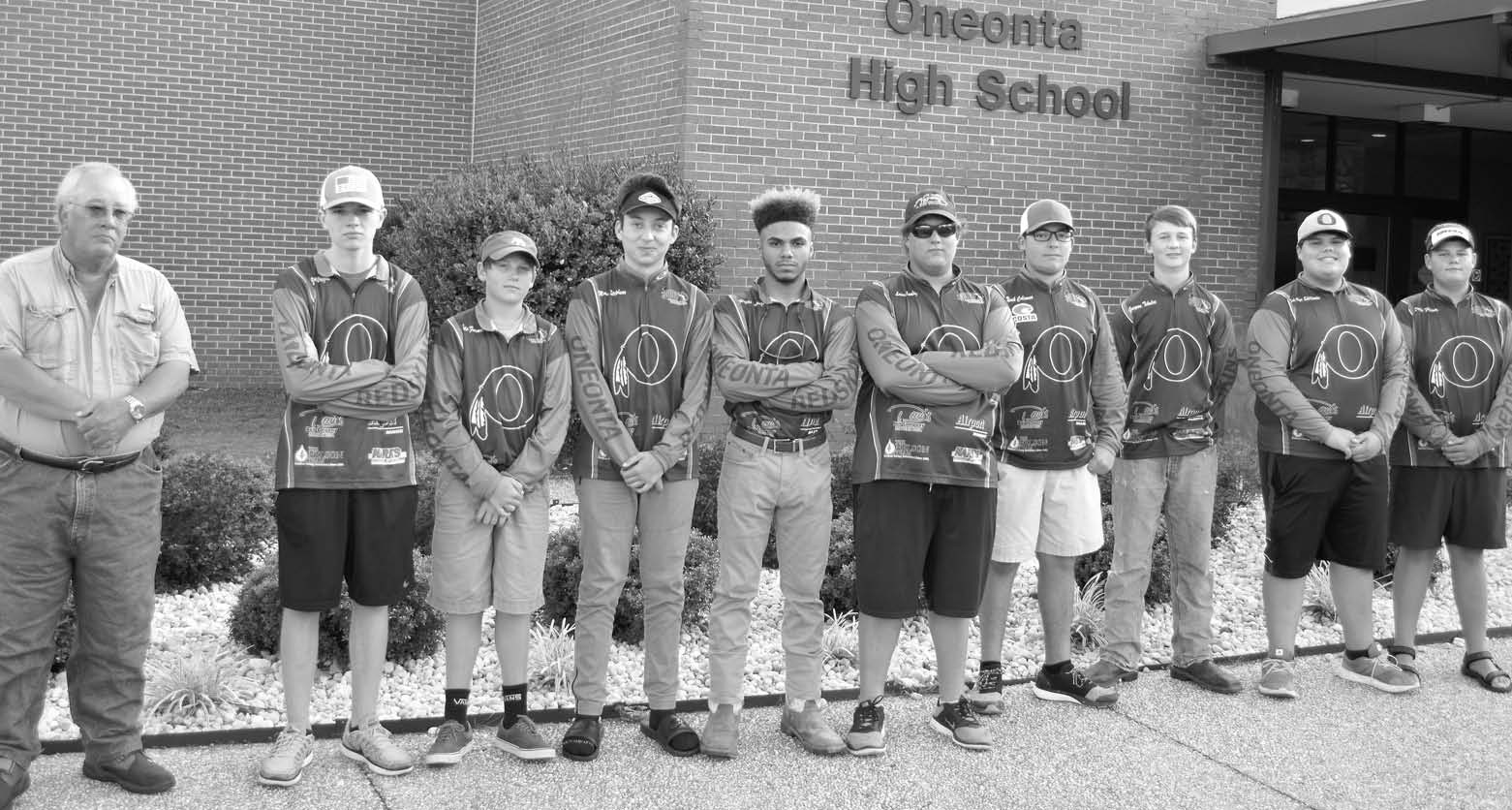 The first season of the Redskin Anglers is almost in the books, and one of its organizers says it has been very successful. The team, says Jerome Cooley, is a bass fishing club made up of 12 Oneonta High School students, adding, “High school fishing is the fastest growing sport in America.”

A club team can fish in one of several tournament trails. The Redskin club is sanctioned through the Fishing League Worldwide/Student Angler Federation (FLW/SAF). Some of its members also fish in the Airport Marine High School Tournament Trail. The club itself hosts a tournament each month for its members.

Cooley said after school began last year, he and Oneonta coach Brent Patterson, along with the students, formed the club because of growing interest. Cooley said 12 initial members is a good start and believes the achievements members have realized will encourage others to join next year.

Two of the Redskins, Laine Cooley and Noah Coleman, recently won the FLW/SAF state open tournament which qualifies them for the upcoming national tournament on Pickwick Lake near Florence later this month. Not only are students able to earn scholarship money through tournament fishing, but they receive instruction in “responsibilities in tournament angling, fishing techniques, lure making and other fishing fundamentals.” They also learn teamwork because they are paired with another angler in competition.

Club member Talmadge Skillman says he has enjoyed the first season and looks forward to the next. He also says he has thought about a career in professional fishing, however, he adds his goals are subject to change given he is a rising sophomore. When members Cole Farmer and Laine Cooley were asked what they thought about the team’s first year, they answered simultaneously and enthusiastically, “It’s been fun!”

High school bass fishing is not an official sports team anywhere in the state, as of yet. Alabama High School Athletic Association (AHSAA) spokesman Ron Ingram said there are no sanctioned high school teams in Alabama, however, he confirms interest is growing and the AHSAA anticipates bass fishing becoming a school sport at some point, because there are quite a few club teams like Oneonta’s. To be considered a championship sport (as in officially sanctioned by the AHSAA), a minimum of 10 percent of the high schools in the state have to field a team. Illinois is a state that does sanction high school bass fishing and the AHSAA has taken steps to look at their program as possibly a model for the future.

The club can be followed on Facebook at www.facebook.com/search/top/?q=oneonta%20redskin%20anglers.