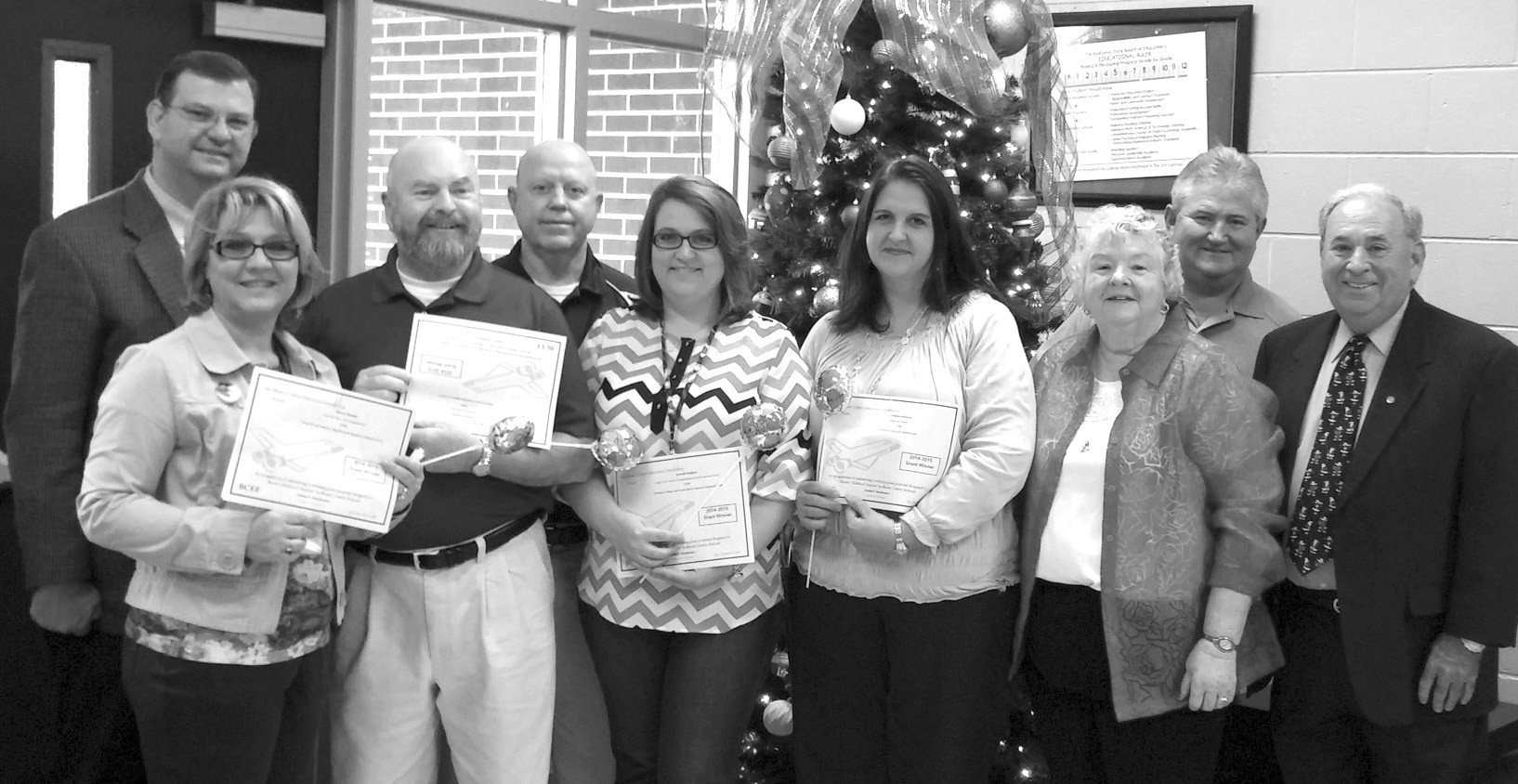 Members of the Blount County Education Foundation Board of Directors along with others from the Classroom Grant Prize Patrol present grants to teachers at Locust Fork High School.

This year, the Blount County Education Foundation awarded more money than they ever have through their classroom grants.

Earlier this month, during the “Jeremy and Chris Morning Show” on WCRL, 102 grant winners were announced totaling $105,246. This is the second year the Foundation has awarded more than $100,000 in grants.

“We’ve broken every record we could ever dream of,” says Mitchie Neel, executive director of the Blount County Education Foundation. 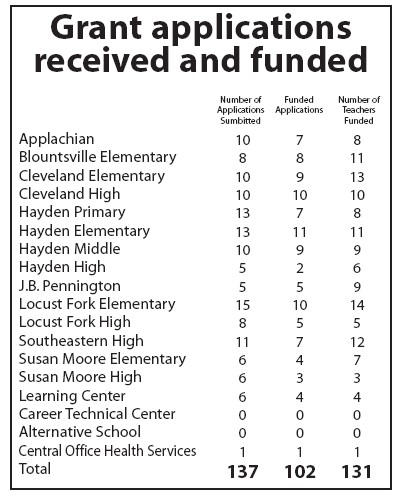 Since the Foundation’s inception in 1998, more than 1500 grants, totaling more than $2 million, have been awarded.

This year, Neel says the most popular request was for more technology in the classroom.

“Many grants specify what you have to ask for, but we don’t do that, we just ask the teachers,‘What do you need?’” Neel says.

After an application is submitted, a list of judges decide which grants to award based on requests. Judges are not told who or what school the grant is from.

Grant money is collected throughout the year, but most pledges come during the annual Radio-thon on WCRL. This year, the Foundation collected $285,000 during the event.

Money from the event goes toward classroom grants, summer programs, and more.