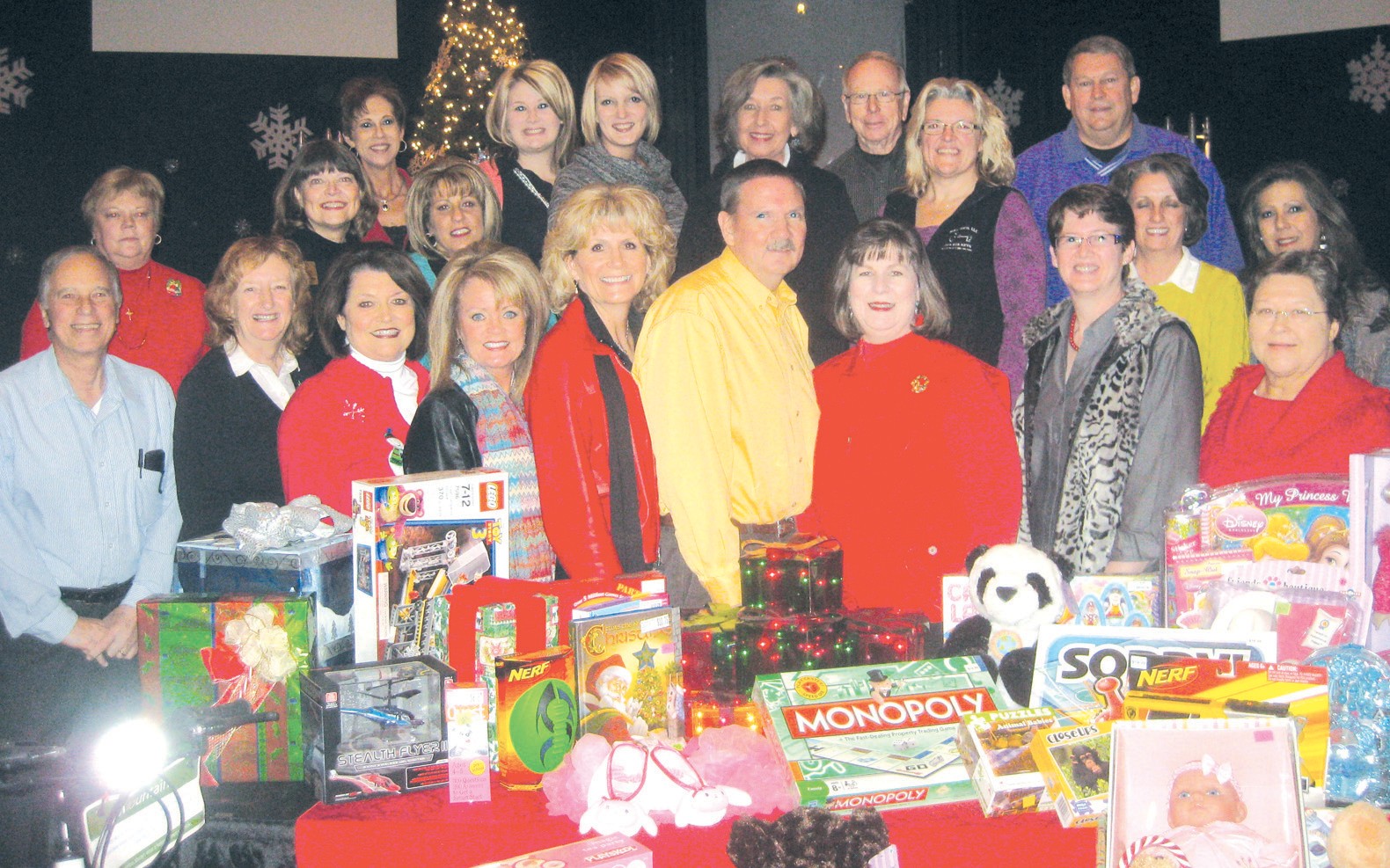 Blount Real Estate Network members showed their Christmas spirit at a luncheon last week by playing Santa to six children whose wish lists were provided by Jerry Renno, Blount County Children’s Center director (lower left corner). The result was the $1200 treasure trove of presents seen here, plus a bike that doesn’t show up clearly in the photo. The presents were given to the Children’s Center to relay to the children. Network members are Realty South, M&R Realty, and Blount Realty Team. They bought presents using proceeds from raffle tickets sold. Teresa Sloan, (fourth from left) accepted the $250 door prize on behalf of her daughter who bought the winning ticket. “Blount County has been good to us, and we wanted to give back by bringing joy to some of its children who need it,” said a statement from the group. – Ron Gholson