‘Ready to play another one’ 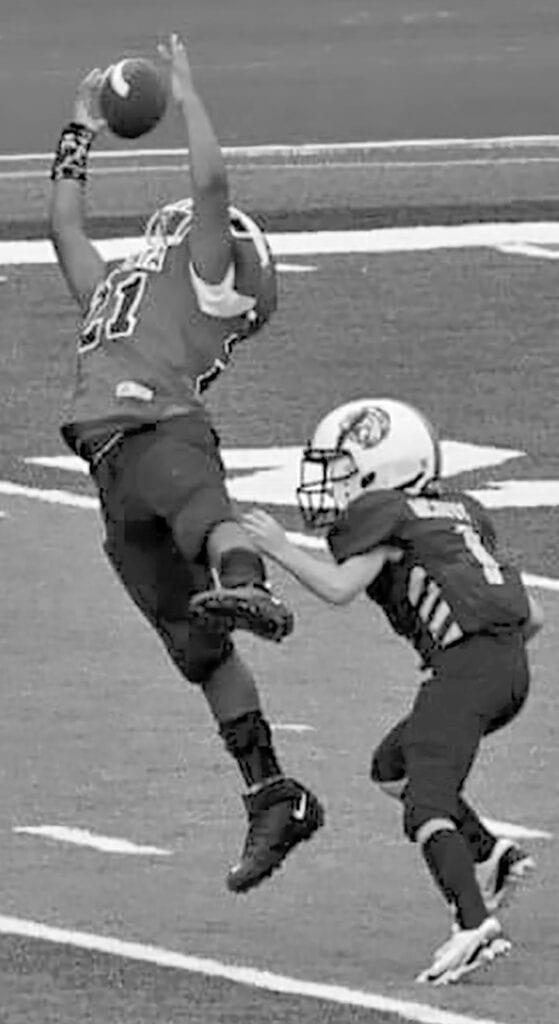 Zaire Dillapree, aka Cy, will join a team of all stars for the Elite Sports Holiday Bowl in Panama City, Fla. The Oneonta fourth grader was invited to join players from Springville, Pell City, Trussville, Ashville, and Moody for the Thanksgiving weekend football tournament. This isn’t Cy’s first post-season invite. Two years ago, he joined the Black Storm for Chattanooga’s Choo Choo Bowl.

The Youth Holiday Bowl is one of the largest youth football post-season tournaments in the country with “fierce competition” as teams from across the country compete for a chance to play in the Pinnacle National Football Championship in December. Each team is guaranteed at least two games. Pool play, which determines seeding for the single-elimination championship bracket, starts tomorrow.

Maria Dillapree, Cy’s mom, credits his Oneonta youth football coaches for the post-season attention he’s gotten. Brad Brooks has coached Cy for several years. “I’m very appreciative of coach Brad,” she said. “Thanks to a great coach and father figure that’s helped build his fundamentals. Nothing but respect and love.”

On Saturday, Cy’s Oneonta junior team won their fifth Blount County Youth Football Championship. With 7:17 left in the scoreless game, Cy took the ball into the end zone for the go ahead score. As his teammates celebrated after the game, Cy looked around and said, “I’m ready to play another one.”

He gets that chance this weekend, and we wish him and his teammates good luck.