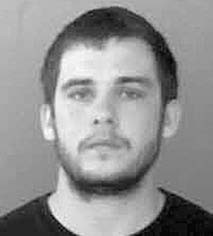 An Oneonta man was sentenced to 15 years in prison yesterday (Tuesday) in connection to the assault of a 15-yearold in June 2015.

Michael Eugene Wade, 26, was found guilty by a Blount County jury of firstdegree rape in April.

Blount County District Attorney Pamela Casey said that testimony at the trial showed that Wade entered the bedroom of the teen at night, overpowered her and forced her to have sexual intercourse.

“Rape is one of the most vile and reprehensible crimes,” said Casey. “Victims of sex crimes often remain confined for the rest of their lives by the emotional and physical scars inflicted upon them.”

Court records indicate that Wade was offered a plea agreement for time served (22 months at the time) and a split sentence in exchange for a guilty plea to a charge of second-degree rape. He would have been required to register as a sex offender and would have been placed under probation for five years.

“That (plea agreement) was presented to him simply to keep a young victim from having to testify in open court,” said Casey. “Once he rejected that plea, it was off the table and we asked for the maximum.

“There was a recording presented as evidence where the victim confronted (Wade) and asked him why he didn’t stop. He said, ‘I’m trying to stop but I can’t help myself.’”

Wade’s attorney Brett King said, “This was the most difficult jury trial of my legal career thus far. We zealously defended Michael, as we do all of our clients. The jury deliberated for about six hours before finding Michael not guilty of attempted rape on one date, but guilty of rape on another date.

“There was undisputed testimony that the parties had a three-month consensual sexual relationship. Michael himself was a victim of rape as a child. ”

Wade was arrested in the summer of 2015 and had been in the Blount County Correctional Facility since then on bond of $60,000.