Rape charge for Birmingham man after incident at J.B. Pennington 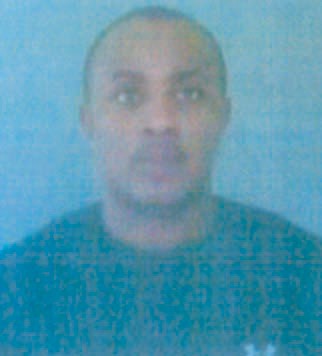 “I think that this proved that our protocols and procedures worked,” said Blount County Superintendent Rodney Green.“The office staff did what they are taught to do and it helped lead to the arrest.”

Green is referring to an incident at J.B. Pennington High School on Jan. 25 where a 35- year-old Birmingham man tried to check a 14-year-old student out of school, saying he was her stepfather.

Carlton Carvel Bates had gone to the school after he and the 14-year-old had started a relationship online through the Kik app, a service that allows those that download the app to instant message each other. The app requires that users be at least 13 years old but there is nothing in place to verify the age of the user when he/she registers.

Bates was turned away at the school by front office personnel after the name he gave was not on the approved check-out list for the girl.

He stepped outside to use his cell phone, supposedly to call the girl’s mother, and never came back in.

Bates believed he was texting the 14-year-old when he was arrested after a meeting was set up at a Birmingham restaurant.

He is being held in the Blount County Correctional Facility on one count of attempted kidnapping, one count of electronic solicitation of a minor, two counts of traveling to meet a minor for a sex act and one count of second-degree rape.

The rape charge came after the investigation revealed the student had met with Bates at Cleveland Town Park approximately two weeks earlier and engaged in sexual intercourse.

He is being held in the Blount County Detention Center on bond of $50,000 each for attempted kidnapping and electronic solicitation. No bond has been set on the counts of traveling to meet a minor for a sex act and second-degree rape.

Bates is reported to have been sentenced to 20 years in prison in 1998 after pleading guilty to first-degree robbery. He had taken $28 from a man at gunpoint – an initial charge of kidnapping in that incident was dismissed.

“This is the second incidence in the county of Kik being used,” said Casey.“This app is a haven for child predators because it is so easily accessed (by underage users).

“In this situation, the girl knew that the man she was talking to was older but that’s not always the case.”

Green said that the security of his students is always the first priority.

“We have all kinds of drills and teaching that we do on a continuous basis,” he said.“Our administrators and office personnel are educated about how they should handle situations and we value our school resource officers (SROs) and what they bring to the table, as well.”

Casey gave special thanks to the Blount County Sheriff’s Office, SRO Tracey Lipscomb, Blount County Children’s Center, Kristi Adams and Debbie Graves and the faculty and administration of J.B. Pennington and the Birmingham Police Department for their work.