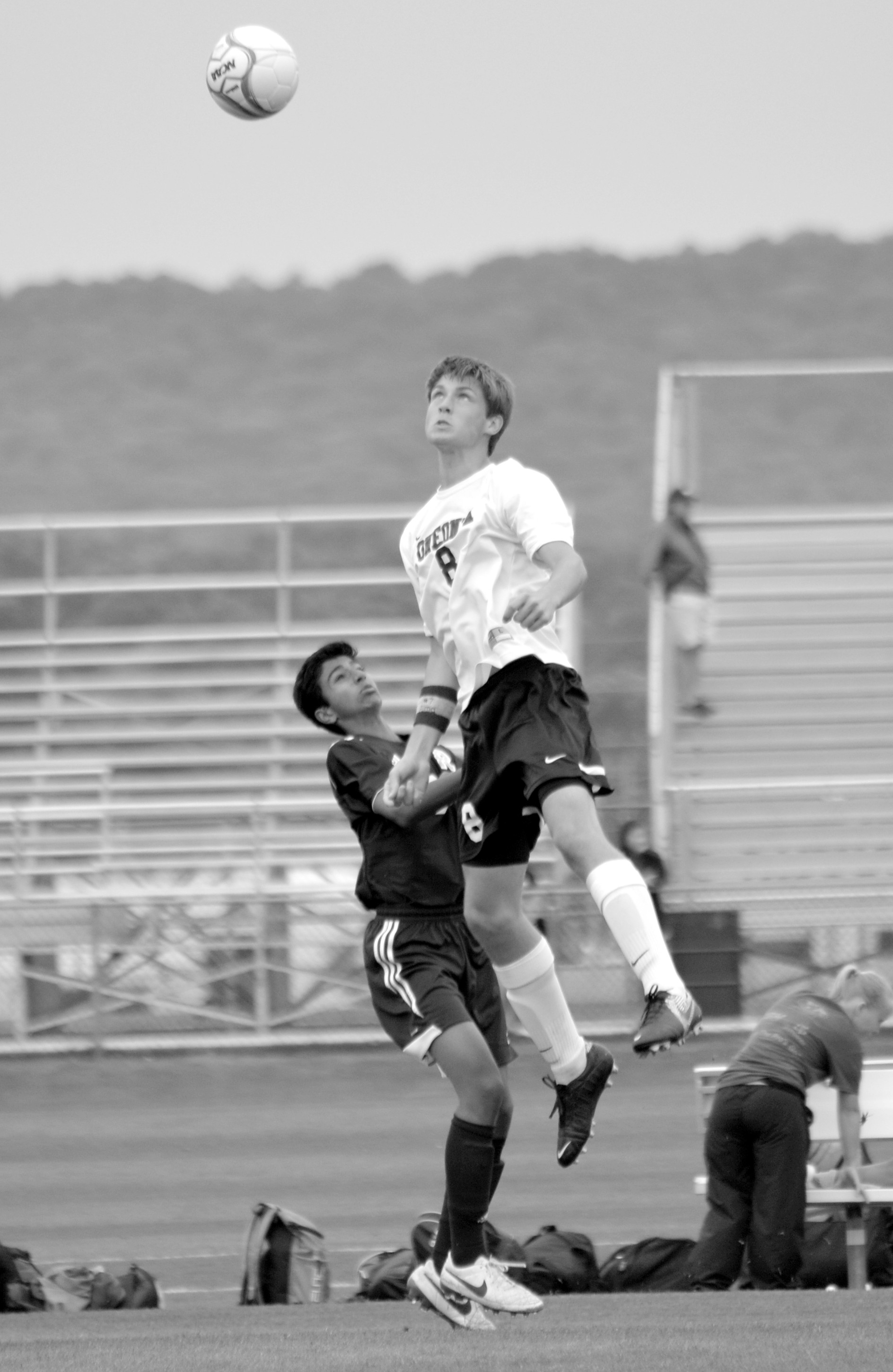 Oneonta’s Tyler Thomas heads the ball away from a Randolph defender.

The 2014 Oneonta boys soccer team did something no other team in school history had done. In just the fourth year of the program, Oneonta advanced to the semifinals of the state tournament, picking up impressive wins over Childersburg, Jacksonville, and Faith Christian along the way.

In the semifinal against Randolph of Huntsville last Friday, the young Redskins ran headfirst into a program with tradition and lost, 4-0.

Randolph started quickly, scoring in just five minutes and putting the Redskins on the defensive.

The Raiders, who won back-to-back titles in 2006- 2007 and have reached the semifinals every year since then, came into the playoffs ranked No. 6 in the final 1A-4A poll.

After the early goal, the Raiders controlled possession and applied pressure to the Redskin backline throughout the first half.

Oneonta (10-8) was able to win some individual battles at times but Randolph found holes in the middle of the Redskin defense and converted twice before the half to take a 3-0 lead at the break.

The first half was played with an off-and-on light rain falling. The second half was played in a driving rainstorm and the Redskins had trouble mounting much offense against a Randolph defense that was more than happy to drop players back and bunker in.

Randolph picked up another goal just 13 minutes into the second half to take a 4-0 lead.

The Redskins picked up the offense a bit in the second half and forced the Randolph keeper to make a couple of saves.