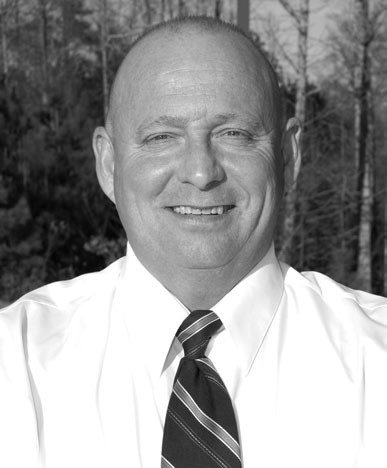 Randall Hosey, 47, of Cleveland will run for the Republican nomination for Blount County sheriff in the June 1 primary. Hosey is currently a deputy and a 10-year veteran of the Blount County

Hosey is a 1981 graduate of Locust Fork High School. His law enforcement education includes on-the-job training as a sheriff’s deputy as well as courses in criminal justice taken at Jefferson State Community College. He grew up as a member of a family involved in the Hosey Detective Agency in Pinson, founded by his father Fred. He later worked as a private security contractor for a number of large corporations. He has “worked the roads” as a Blount County sheriff’s deputy and for the past seven years served as a school resource officer for Hayden schools.

He lobbied in 2007 to add a canine unit (drug dog) to the sheriff’s department, used for both drug searches and drug education in the schools. He underwent training to become designated handler for the unit. He and canine partner Nikki have conducted drug searches and anti-drug programs for student groups throughout the Blount County school system.

Hosey said he decided to run for sheriff because he was asked to do so by citizens in the community. “I was first asked to run about two years ago, during the former administration,” he said. He added he continues to be asked to run.

Hosey said he wants to return the sheriff’s office to its primary functions, which he identifies as keeping the peace, public security, and servicing the courts. He is critical of expanding the department’s work to include working traffic accidents, inspecting trucks, and other additional tasks unless manpower is increased to accommodate these additional functions.

Platform of changes, if elected

What changes would he make if elected? His answer focused on six subjects.

•“I would limit the number of employees involved in managerial tasks and focus on putting more deputies on the street. We have to increase the number of deputies for large districts. It’s just too much to handle for one deputy to try to run from one place to another. It’s a public safety hazard.”

•“Our deputies need every resource available, and that means limiting costs for things that aren’t essential. I’m all for equipment. I think we need more equipment and more training for deputies.”

•“I am dedicated to the school resource officer (SRO) program, because our schools are very important. The program has taken some funding cuts, and there is no room for cuts. I would look at other ways of funding these programs. Drugs are a huge issue in Blount County, and educating our children is the best way to combat the problem. We’ve got a growing gang problem, and this needs to be a priority for SROs in the schools – protecting our kids.”

•“I would involve the public more. Listening to people and being responsive to their needs is important to me. I’ll have an open-door policy, and I’ll be out interacting with people so they know who to call if there is a problem. I want what the sheriff’s department does to be obvious and clear to people. There will be no secrecy about funds and what is done with them if I am sheriff.”

•“I want to develop a registry for drug houses (houses where meth has been manufactured) to make sure they’re cleaned up properly. That way they can be made safe for new people moving in.”

•“I want to have a website for the sheriff’s department that informs people and gives them greater access to information that affect them – like making it easier for people to look up information on sex offenders in their neighborhood. How many people know where to find that right now?”

A challenge the next sheriff could face is evaluating and perhaps implementing a work-release program for qualified inmates at the county jail. Such a program was proposed to the county commission a year ago as a way of reducing long-term costs of jail operation and rehabilitating nonviolent offenders so they can support their families and become productive citizens.

A committee to study the proposal in detail was appointed following its last business meeting by the county commission. The sheriff will play a major role in all phases: evaluation, decision, implementation if approved, and operation if implemented. How does Hosey view the idea?

Hosey: “I’m against it, unless inmates are supervised by law enforcement or corrections personnel. We’ve had too many inmates escape to not have the proper precautions in place. Otherwise, if we could do it the right way, I’d be for it.”

“I think people should vote for me because I know Blount County. I am part of Blount County, I’ve worked the roads and the communities here. I’ve grown up here, lived here, and continue to raise my kids here. I feel there is a lack of leadership in the sheriff’s department that takes the focus away from the basic tasks of the sheriff’s department, and I feel that I can do a better job of it. For me, this is not just a job. It’s my life, my kids’ lives, my friends’ and families’ lives.”

Hosey has four children, two of whom still attend school at Locust Fork: Caleb, 11; Randi, 16; Sherry, 22; and Shannon, 24. According to Hosey, his leisure time is fully occupied with his family. He does like to get away when he can to Weiss Lake for bass and striper fishing, and is spending time these days with his younger son who is involved with the Upward Bound basketball program at Locust Fork Baptist Church.