Rally for the River 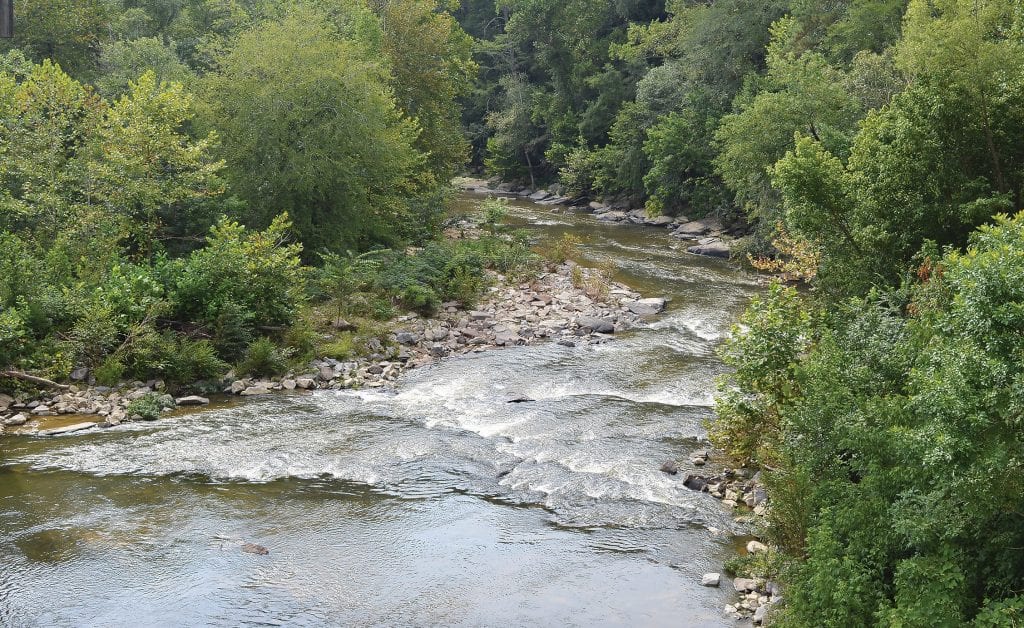 Rally for the River is the theme the Friends of the Locust Fork River organization is calling to raise awareness of a pending permit application from Tyson Foods, Inc. regarding the company’s treated waste water discharge from its Blountsville processing plant. The Alabama Department of Environmental Management has told members of FLFR it will hold a public hearing in the near future to give anyone who wishes an opportunity to voice their concerns.

The application seeks permission for Tyson to move its discharge point of the treated waste water from its current location into Graves Creek above the Mardis Mill Falls to directly into the Locust Fork River. It also would give the company permission to increase the amount of discharge. Tyson sent a letter in June to FLFR stating it has abandoned the plan to change the discharge point. The letter made no mention of the disposal rate. Despite that letter, the application has proceeded as written and if approved, the company could revert to its original plan.

FLFR hopes the as yet unannounced hearing will take place locally, allowing local residents to attend. Leaders hope it will be attended by an overflow crowd of people interested in protecting the river.

In the meantime, FLFR is collecting letters of support that will be compiled and presented to ADEM. People who wish to write their own letter are encouraged to do so.

For those who want help, FLFR will provide templates of several letters that voice several concerns, which include asking that the river’s classification be upgraded, expressing a desire for clean and safe water to swim in by reducing toxicity and contamination levels, and voicing fear that a spill like the one on the Mulberry Fork earlier this year might occur. All letters should be addressed to Russell Kelly, ADEM Chief Permits Division, and reference the Tyson Blountsville plant’s permit #AL0001449. Photographs that depict the many ways the river is enjoyed are also welcomed.

To request a template letter, contact Mari Brindle at info@flfral.com. Letters and photographs should be sent to that email.

Tyson’s application can be viewed on ADEM’s website at www.adem.state.al.us/newsEvents/notices/jun19/6npdes2.html. Public comments can be made through this site until the day of the hearing.