Raising money to fight the battle 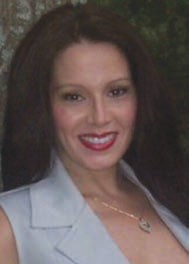 Since being diagnosed with a cystic brain tumor on her 40th birthday in 2013, Altoona resident Cindy Ellison has been trying to raise money for an operation to remove the growth, but has had limited success.

The 1.1-cm growth, located in the pineal region in the center of the brain, is believed to be a pineocytoma, a slow-growing, benign tumor. However, the pressure it puts on Ellison’s brain causes her constant pain and a host of ever-worsening symptoms, including blurred and double vision, tinnitus, headaches, nausea and vomiting, insomnia, memory loss and, most recently, tingling and numbness in parts of her face and left arm. 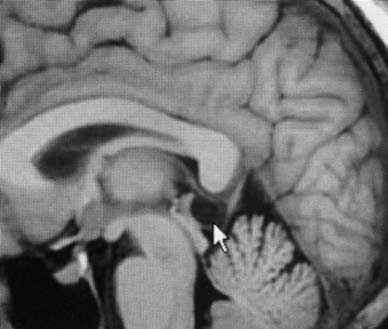 “Honestly I can’t remember what it feels like to be normal, because I’ve had this pain for so long,” Ellison said.

Left unchecked, the tumor (denoted by arrow in scan above) could eventually cause seizures, permanent vision loss and hydrocephalus or brain swelling, which can be life threatening. Ellison hopes to have the surgery as soon as possible but said the procedure is a dangerous one that most doctors will not attempt until hydrocephalus occurs and surgery is the last resort.

She has found a neurosurgeon in California willing to perform the surgery, but it is beyond the coverage of her health insurance. This means Ellison, a stay-at-home mother of three, would have to pay $28,000 out of pocket for the operation alone.

Adding the cost of travel, lodging for her two week on-site recovery and living expenses while her husband takes off work to care for her, Ellison has set a fundraising goal of $38,000. She has an account on gofundme.com which has raised $1,230 since its creation in April. She is also selling T-shirts on booster.com but the response has not been great, so far. A friend from Nashville, a musician, has offered to put on a benefit concert for her, but they have yet to find a local church large enough and willing to host the event.

“My greatest need,” Ellison said,“is to get this surgery and get this removed so I can get back to living my life and being the mother that my kids deserve. That is my greatest goal.”

Earning the remaining $36,000 and overcoming mounting physical challenges is only the beginning. Success means Ellison will also have to deal with the surgery itself and the year-long recovery that follows. Despite the risks and difficulties involved, Ellison is determined to have the procedure so that she can resume a normal life with her family.

“Any fear that I have is overridden by my desire to get better,” she said.