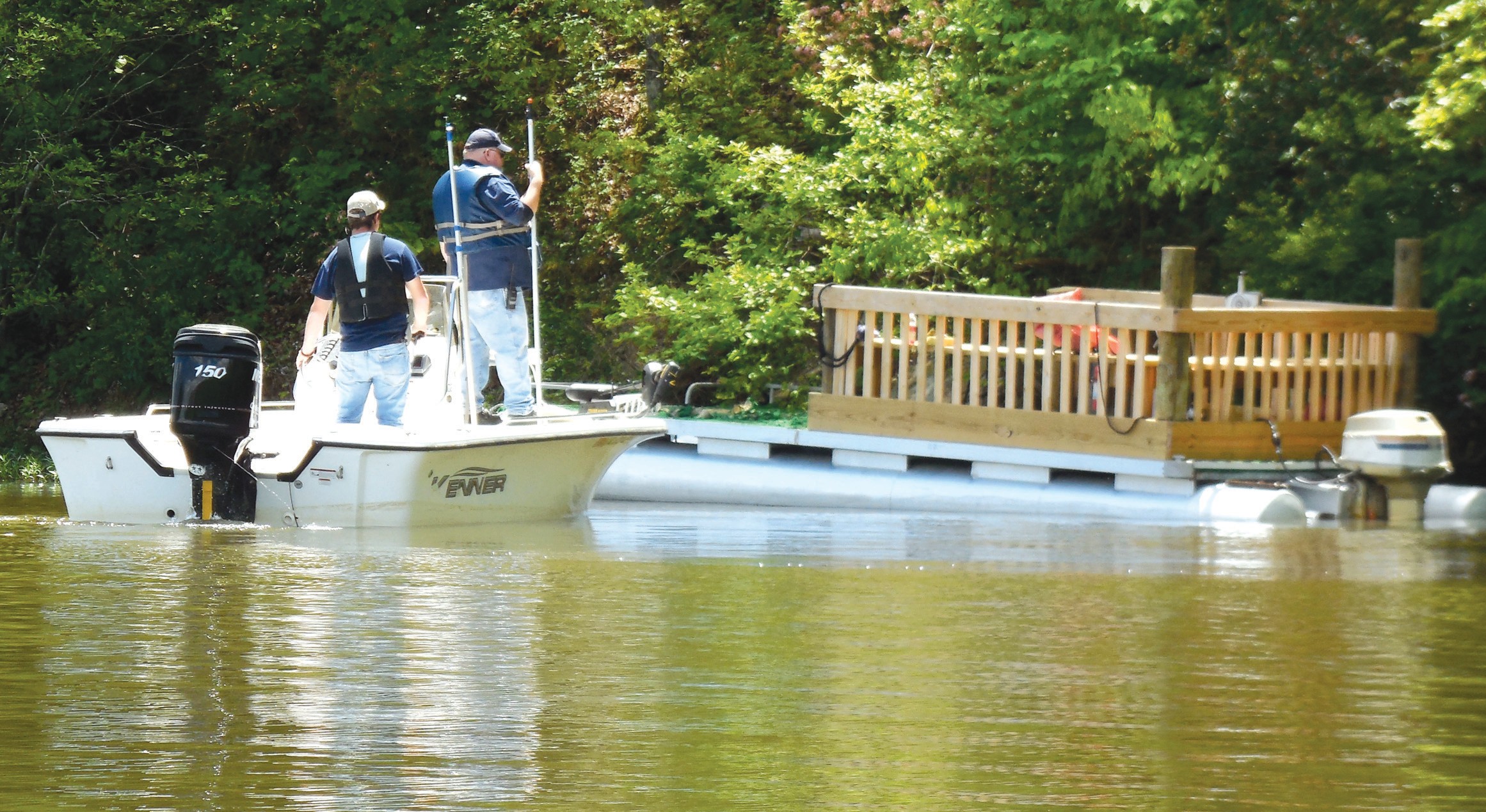 Straight Mountain Volunteer Fire Chief Charles Tipton surveys the boat the teenager was on when he fell into the water.

On Sunday, search crews found the body of the 15-year-old Ragland boy who had fallen in the water at Highland Lake on Thursday. Other news sources have identified the boy as Taylor Nail.

Highland Lake Police Chief Scott Kon said the teen was helping with cleanup from recent storms on the west side of the lake when he fell into the water. The body was recovered only 20 feet from where he supposedly fell in. The depth of the water in that area is approximately 20 to 30 feet. Two others were on the boat at the time of the incident.

“Realistically, 99.9 percent of the time, people who fall in the water will be found within 20 feet of where they went in,” Kon said. “The problem is knowing where they fell in the water. It’s not like on land where you have points of reference such as trees or rocks, when you are in water it’s hard to determine the exact spot you were at when the incident occurred.”

An autopsy has been authorized by the Blount County District Attorney, and Blount County Coroner John Mark Vaughn confirmed the body was taken to the Alabama Department of Forensic Sciences in Huntsville.

Concerns have been expressed as to why the teen was not in school on Thursday when the incident occurred. According to Kon, the teen had been to a prior doctor’s visit and advised not to go to school until the day after.

“Although he was to return to school the next day, he was feeling better and wanted to help the people in need from storm damage, and that is a heroic thing to do,” Kon said.

Multiple agencies and organizations helped in the search including Cullman and Trussville Dive teams, rescue squads and sheriff’s departments from Blount and surrounding counties. Kon said some traveled as far as Muscle Shoals to assist in the search.

Kon and other Highland Lake officials gave thanks to those who showed their support and lent a hand during the traumatic event.

“The council and town are so appreciative of the outpouring of donations and time to help us get through this,” said Highland Lake Mayor Gail Bailey. “People donated food, money, services, and it’s just been overwhelming. So many organizations joined us in this search and we can’t be more grateful for their kindness.”