Quilts of Valor awarded to 13 veterans 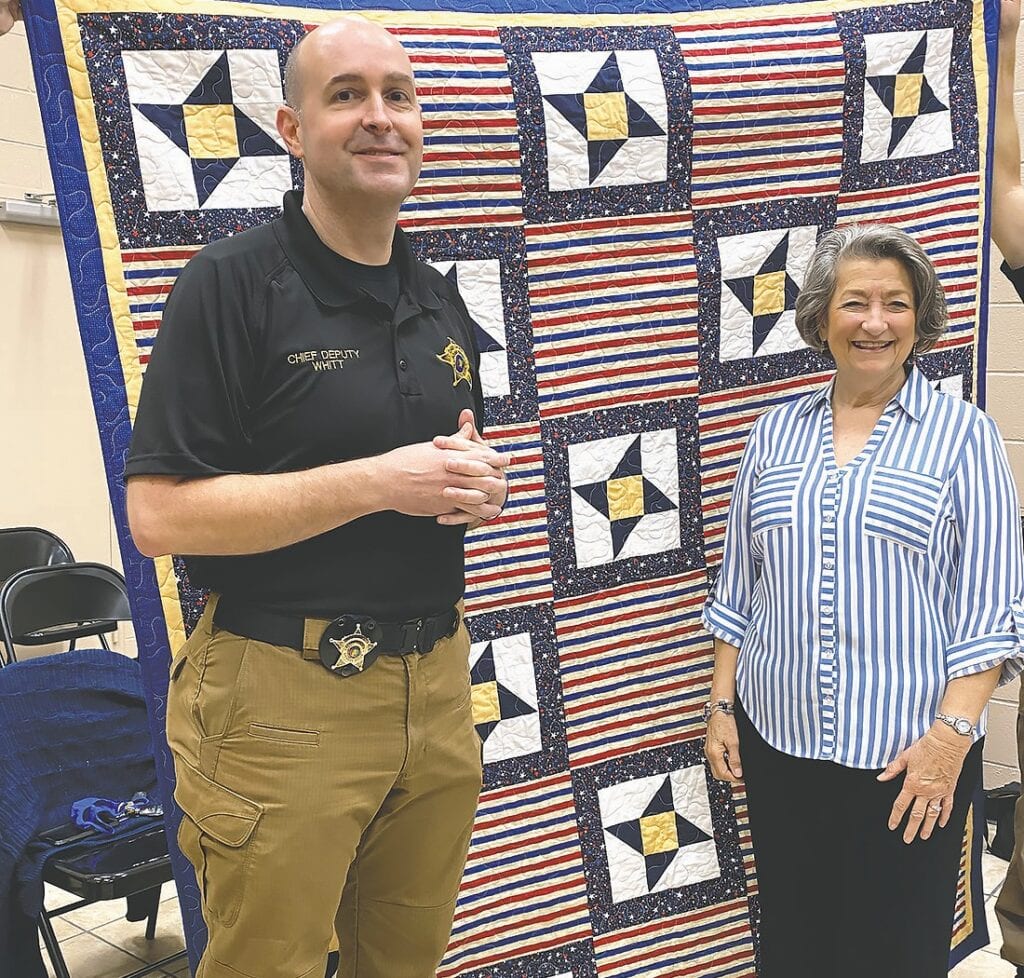 Quilts of Valor are made by quilters around the country “to cover service members and veterans touched by war with comforting and healing Quilts of Valor.” The quilts must meet specific requirements set by the Quilts of Valor Foundation (www.qovf.org) organized in 2003. As of 2020, quilters have made and awarded more than 250,000 QOVs throughout the United States and overseas and to veterans of World War II, Korea, Vietnam,

In a ceremony at the Blount County Sheriff’s Department, chief deputy Brian Whitt and Capt. Ron Adkins received quilts made by Suzanne Fornaro and Charlene Allison. Whitt, lance corporal with the U.S. Marine Corps 2nd Battalion 7th Marines, served in the infantry and security forces from 1993 to 1997 and has 20 years with the sheriff’s department. Adkins was a sergeant in the U.S. Marine Corps from 1984 to 1988; U.S. Army National Guard from 2003 to 2007; and served as DOD and DOS security contractor in Afghanistan from 2005 through 2015. He is currently the corrections administrator for the sheriff’s department. 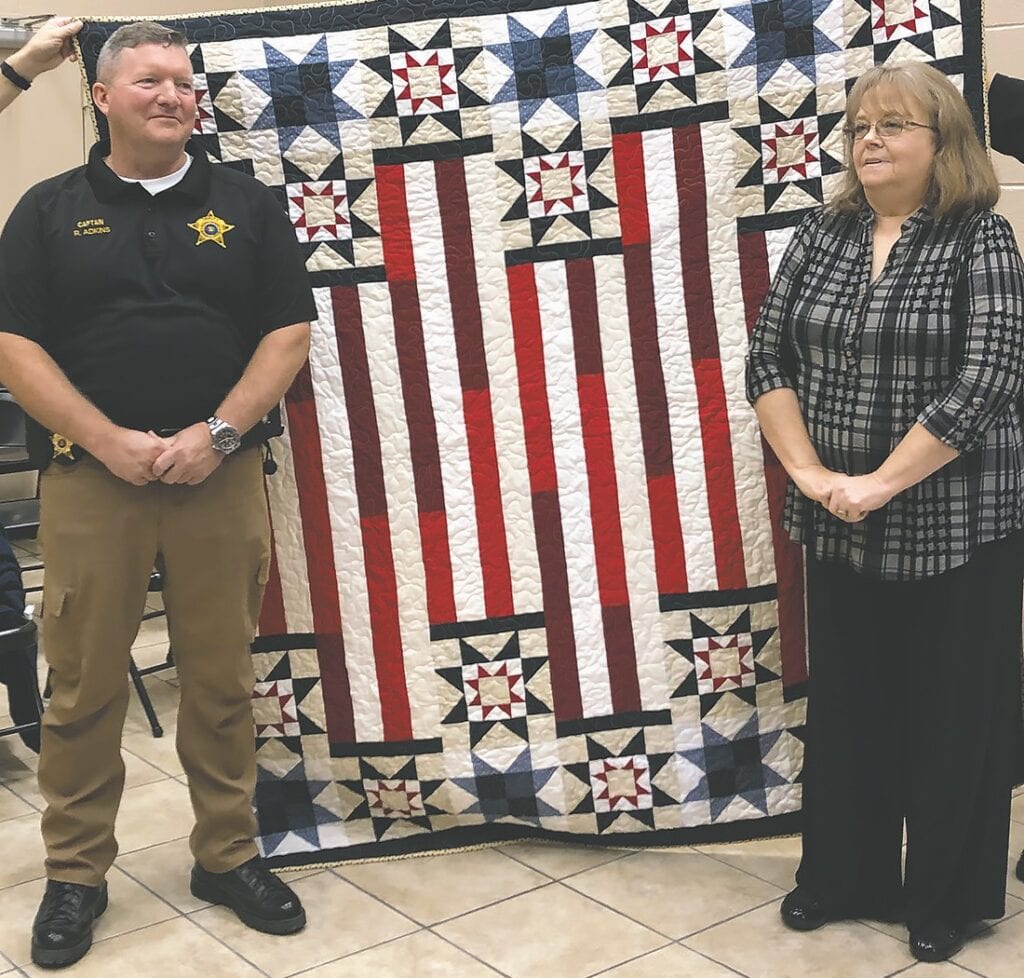 Service members and veterans who were “covered” by quilts in the ceremony at Moss Lodge are: