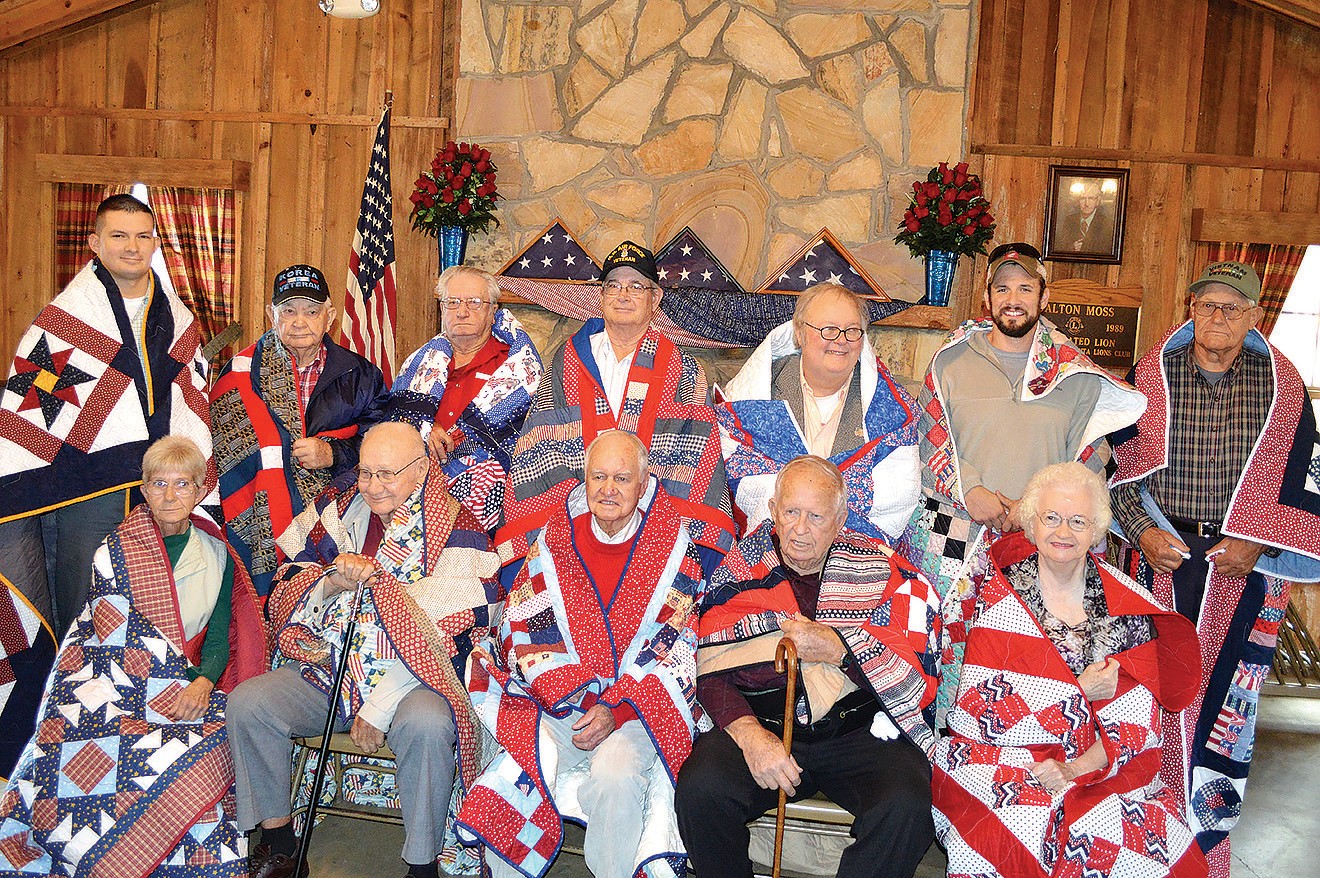 The Blount County Quilters Guild honored 13 U. S. military veterans last Thursday at Palisades Park by presenting each with a handmade quilt as part of its Quilts of Valor ceremony.

The quilts handed out this year were made by Guild members Ruth Davis, Phyllis Morse, Sharon Montgomery, Nancy Kourmoulis, Suzanne Fornaro, Donna Theiss and Margie Calamusa. One quilt was donated by the family of Mae Brandt.

The Blount County Quilters Guild, which formed in 1988 and has a cabin headquarters at the park, began giving quilts to veterans several years ago, but this is the fifth year they have done so with a formal presentation. Lt. Colonel John Michael (Mike) Taylor from the Alabama Air National Guard’s 117th Air Refueling Wing spoke to the gathering of veterans, family and friends. He talked about the honorees’ dedication, service and sacrifice that allows everyone to enjoy the freedoms this country provides. His remarks were followed by a flag folding ceremony performed by the Honor Guard from the 117th.

Providing quilts for our veterans was an idea that formed in the mind of Catherine Roberts of Delaware in 2003 when her own son was deployed to Iraq. Roberts believed that in some way “quilts = healing” and she started the Quilts of Valor Foundation that has become a nationwide program. Their stated mission is “to cover all those service members and veterans wounded physically or psychologically with comforting and healing Quilts of Valor.” For more info about the foundation’s work, go to www.qovf.org. You can follow the Blount County Quilters Guild on Facebook at www.facebook.com/groups/231119840283819/.