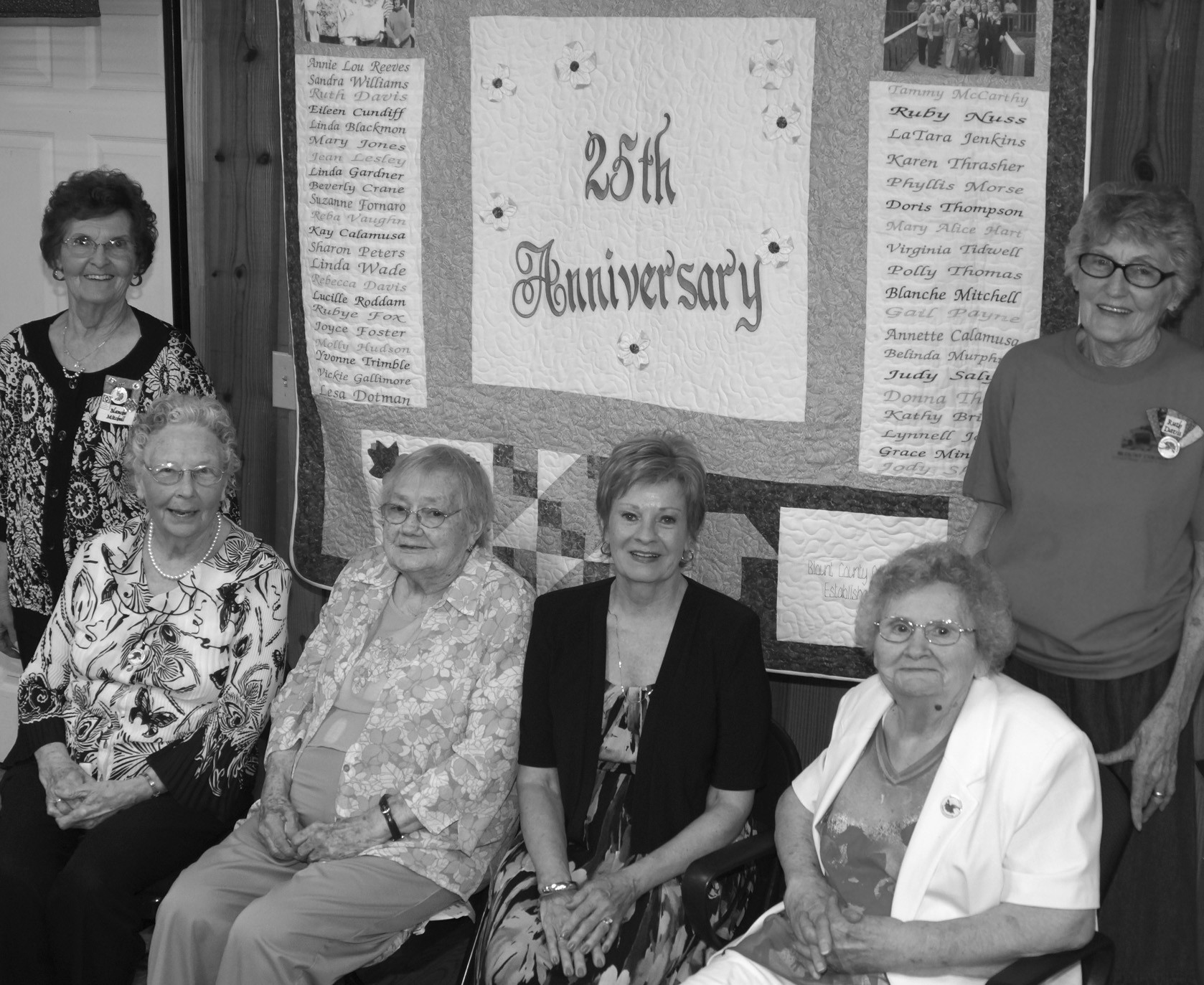 Sustaining members honored at the Blount County Quilters Guild June 4 anniversary celebration are (from the left) Blanche Mitchell (standing),Virginia Tidwell, Lucille Roddam, Carol Reid, and Annie Lou Reeves (standing). JoAnne Pruett was not present for the photo. The quilt shown was quilted by Guild members and dedicated to the seven sustaining members. They were also given quilted tote bags handmade by Guild members. Sustaining members are long-term members who have been affiliated with the Guild since its beginning or since its earliest years. The quilt features names of all currrent Guild members and seven quilt blocks sewn by or for the honorees. It was designed, pieced, and quilted by Guild members. Those interested in quilting are invited to visit the Guild which meets on Tuesdays and Thursdays, 10 a.m. to 2 p.m., and on the second and fourth Saturdays at the same time at the Quilters Cottage in Palisades Park. For further information about the Quilters Guild and its activities, call Phyllis Morse at 205-994-4749. – Ron Gholson