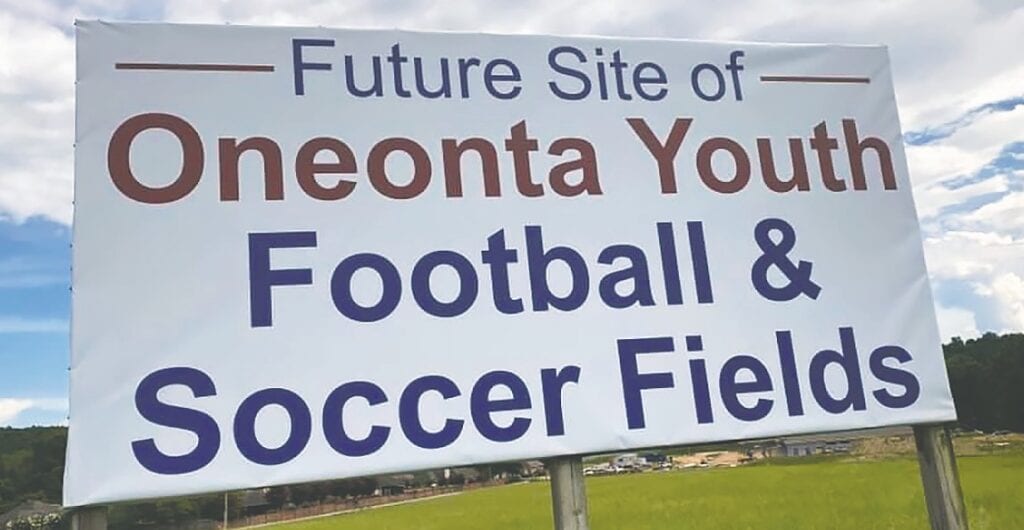 He further explained that the funds acquired from the sale will be “reinvested in property that the city owns” to finally create the park and recreational spaces the city needs. Lowe also emphasized that, even though $900,000 seems like a large sum, in the grand scheme of development, it won’t stretch as far as one would hope; therefore, the focus will be well-lit facilities for soccer, youth football, disc golf, and kickball.

Along with team activities, the space will provide ample room for outdoor family fun, picnicking, and more. Another improvement Lowe and the council would like to see is an ADA-compliant walking track in a controlled, fenced area. 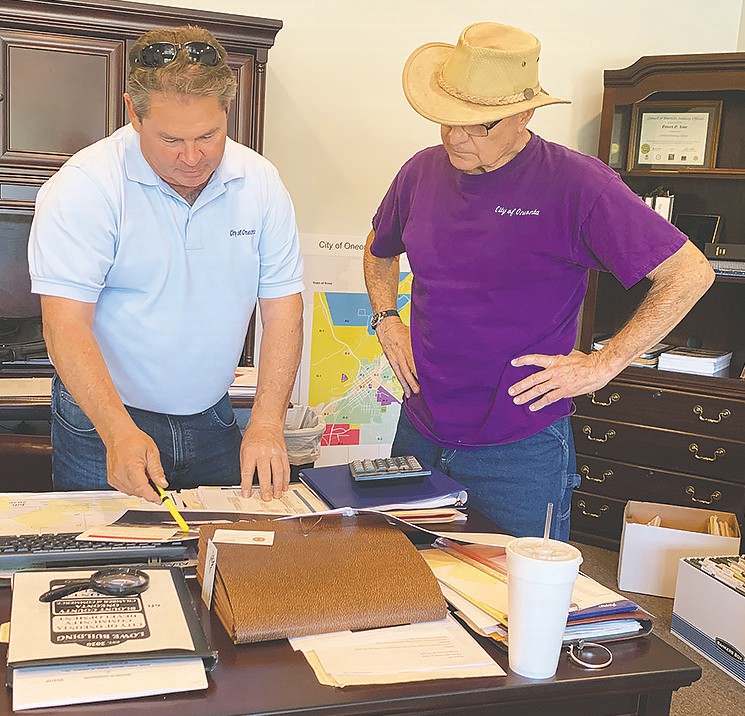 “The vision,” Lowe explained, “is to have green construction and solar power,” which will put Oneonta on the path of being progressive and environmentally friendly.

As far as a timeline for the completion of these projects, Lowe has contacted a consulting engineer to conduct boundary and topographic surveys on the property so the city will know precisely where to cut fields, drain water, and how the aesthetics of the project will look. Lowe hopes to place bids by fall since there will be ample earth-moving opportunity and less inclement weather to slow down progress.

A rendering of the project will be available to the public early next month. There will be a master plan presented during a public hearing in which citizens of Oneonta can be present and offer input in designing the space.

The city has already held work sessions detailing its plans for continued downtown revitalization. Renderings prepared by Goodwyn, Mills, & Cawood architects were presented in late February. While continuing to work through the many issues of the COVID-19 pandemic, the city has been able to complete its downtown community development building, The 110 Building, which serves as a “support structure” for future downtown growth and activities.

In conjunction with housing the Blount-Oneonta Chamber of Commerce and the Oneonta Business Association, the building is available for public use as well. It also provides a feasible solution for power to support other projects such as the amphitheater.

“Because our power comes into the building from the back alley, the remodel of the building provided the opportunity to place conduits under the building, running along the hallway, and out under the street. Now it’s ready to support the amphitheater,” Lowe explained.

Future visions for the amphitheater consist of a 500-seat structure across the street from the new building and close to the Wallace State campus. A new open-air market that will house the farmer’s market is planned to anchor the other end of downtown.

To keep new building projects and existing buildings safe, the city recently entered in a new lease-purchase agreement for a new ladder fire truck and pump truck. Since the average life of these types of trucks is usually 12 to 15 years, a lease-purchase is ideal for a small community like Oneonta. The full purchase price, which averages around $1.4 million, is hard for a small community to pay in full.

Financial sources for the city’s plans include grant opportunities through agencies such as the Appalachian Regional Commission, EPA, and ALDOT. As they wait on announcements regarding grants they’ve applied for, planning for these quality of life projects and future projects continues.

Exciting things are on the horizon for Oneonta, but Lowe emphasized that while residents, collectively, have a great quality of life, the community needs “revenue generating” infrastructure to keep the local economy stable and that remains the central focus behind these and other projects.