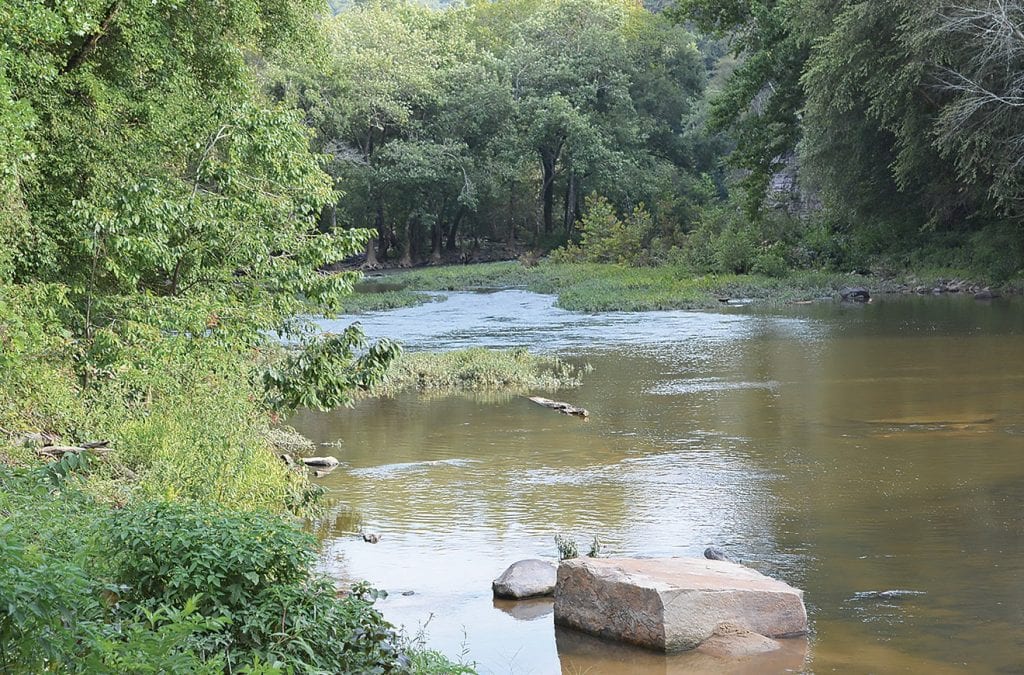 The Locust Fork River as seen from King’s Bend.

Members of the Friends of the Locust Fork River met Monday afternoon to continue discussion about the Tyson Blountsville plant’s pending permit application and the public hearing about it.

It was recently learned that Tyson had followed through with the company’s earlier promise to request changes to the permit. In August, a Tyson official sent a letter to the Alabama Department of Environmental Management that abandons the proposal to move the treated waste water discharge from Graves Creek to the Locust Fork River.

FLFR leaders believe that to be a positive development, however, the group will continue with the Rally for the River push to raise awareness because the permit application remains as written. John Kinney, staff scientist with the Black Warrior Riverkeeper watchdog group said in an email over the weekend, “We won’t know until after the public hearing and the final permit is released whether or not ADEM follows through.” He also said he thinks ADEM will honor Tyson’s request, but, “Everyone should continue to push for the public hearing as nothing is written in stone yet.”

FLFR still seeks support in the form of letters and photographs from anyone who values the importance of the river. Send them to Mari Brindle at info@flfral.com.They all will be compiled and submitted at the hearing. No date for the hearing has been announced yet.