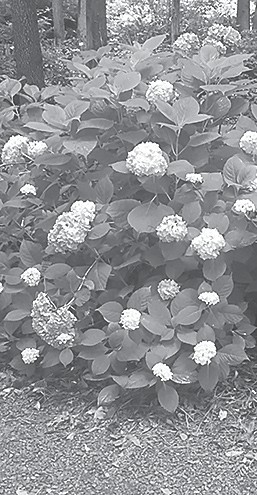 With every rule, there is an exception. Such is the case with pruning. Typically, for blooming plants, a gardener follows the May Rule.

What exactly is the May Rule? This rule dictates pruning time based on when a particular plant sets its flower buds. Some plants flower on “old wood,” meaning blooms are set on stems produced from last year’s buds. Typically, these are the plants that bloom in early spring. Since they bloom before May 1, prune just after the blooms fade or finish.

Other plants set buds on this year’s growth, referred to as “new wood.” If flowering occurs after May 1, prune during the dormant season, in late winter or early spring. However, following this general rule with hydrangeas will lead to bloomless plants and an unhappy gardener.

Timing of hydrangea pruning depends on the particular species of hydrangea. So, the first step is to identify what kind of hydrangeas you have.

One of the most common garden varieties is the mophead or French hydrangea (Hydrangea macrophylla). This is the type that has either blue or pink flowers, depending on soil pH, but that is a topic for another article. They typically bloom early to mid-summer.

Another type of hydrangea that blooms on old wood is one of our native species, the oakleaf hydrangea (Hydrangea quercifolia). Pruning should take place just after the blooms have faded. In other words, these two types of hydrangeas are probably due for pruning right about now, but put down your pruners by the beginning of August when next year’s buds begin to form.

The peegee or panicle hydrangea (Hydrangea paniculata) is a type that blooms on new wood. This hydrangea can be cut to six to 12 inches above the ground, or at half its height, every year, in late winter or early spring.

Remember, when it comes to pruning, correct timing is key! Happy gardening!