Prisons and the criminal justice system 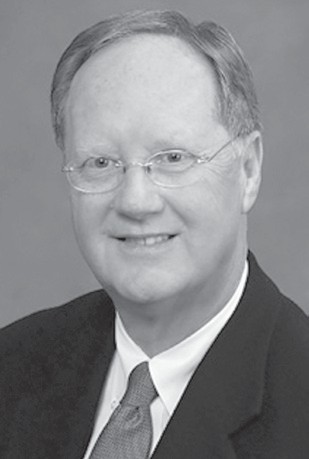 With any issue, finding the right balance is the key to success. The purpose of prisons, in my view, is to keep the public safe and to provide for inmate rehabilitation when possible. We have to be careful with that one. Innocent people deserve protection from those who choose to be a danger to innocent people. I think we have to keep that focus as the Legislature and Gov. Ivey address this complicated issue.

Congress passed bipartisan criminal justice reform called the First Step Act less than one year ago. According to published reports, the first person released from prison early under the act was arrested last month for murder. The U.S. Attorney’s office said in court filings: “He had a reputation for violence.”

This is the highest priority of the 2020 legislative session, and I have confidence Gov. Ivey and her team in the Legislature will have Alabama solutions. In fact, I am aware of the work being done.

We must find reasonable solutions. Early release of prisoners (with a propensity for violence) is NOT a reasonable solution. However, overcrowding with non-violent prisoners provides us other reasonable options without being soft on crime. We must …review recent reform legislation to see what works and what doesn’t work and where it went too far either way.

We’ve all read way too many headlines about loss of innocent life at the hands of violent people released from prison or out of jail on bond for violent crimes.

You may remember last July how 7-year-old Colton Ryan Lee, his 75-year-old grandmother Marie Ann Martin, and her 65-year-old neighbor Martha Reliford all died horrific deaths in their home in Guntersville. Evidence points to a recently-released prison parolee.

Just recently, 3-year-old Kamille “Cupcake” McKinney captured our hearts as we held out hope for her safe return, only to be heartbroken.

This past week the 20-year-old soldier son (Sloan Hammond) of the St. Clair County district attorney was shot and killed, not in a foreign war, but while driving on an Alabama highway. Indications are, once again, a known violent criminal took his life.

And in recent weeks, we’ve all been worried about Aniah Blanchard, a Homewood community college student who was simply trying to make a purchase in a convenience store. A suspect in her disappearance was tracked down and arrested. Once again, he had a multiple history of violence, including being out on bond for the near-death beating of a 77-year-old man.

Thankfully, Gov. Ivey and Attorney General Steve Marshall presented legislation this past session which we passed that revamped the Department of Prisons and Paroles. Too many violent criminals were being released from prison.

Notice I repeatedly say violent criminals. And notice I name the victims in these cases because we need to remember these violent crimes happened to real people in our state, not some fictional movie or video game figure. I believe

I believe in rehabilitation. I think job training during incarceration is important to prevent recidivism. When a person has served their sentence, everybody is better off if that person is trained for a job, barriers to employment removed, and he/ she goes to work instead of floating around without hope.

I believe in follow-up to make sure the recently-released have hope and a better life, and don’t return to previous ways.

I believe there are ways to sentence legal penalties in nonviolent cases other than exposure to hardened criminals’ ways and dangers.

I believe we have to provide human decency and safety for corrections officers and inmates in our prisons.

Again, our state is under a federal court mandate regarding prisons. I appreciate Gov. Ivey’s team’s work on this issue; Reps. Connie Rowe, Jim Hill, Chris England, Sen. Cam Ward, and others are working diligently to present facts and potential solutions in the 2020 legislative session.

I think we will see data-driven information and facts to provide good, honest legislative debate that will result in real solutions. I hope to see a report from Gov. Ivey’s prison task force with facts and viable options. I believe we will.

Your thoughts, comments, and ideas are welcomed. Thank y’all for letting me represent you in Montgomery.