Pride of Hayden in Montgomery

The award-winning Pride of Hayden Marching Band, under the direction of Jonathon Steinman, had the honor of participating in Alabama’s Bicentennial Parade Saturday, Dec. 14, in Montgomery.The Alabama Bicentennial Commission took applications and chose two bands from each congressional district. The Pride of Hayden was then selected through this process.

“It was an honor for us to be able to represent our community and county in the Alabama Bicentennial Parade,” Steinman said. “Our students were able to visit several historical sites in Montgomery and learned much about their state through the process. We are blessed to have support from our community and appreciate the financial support we received that made this trip possible.” 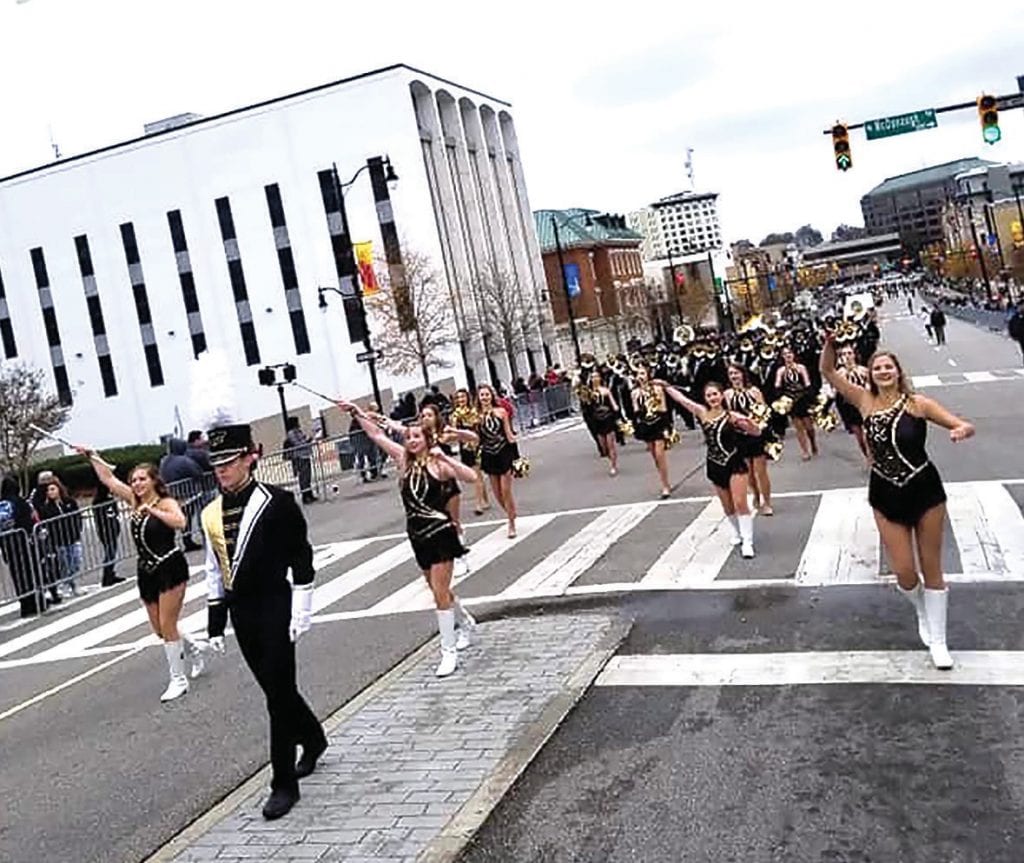