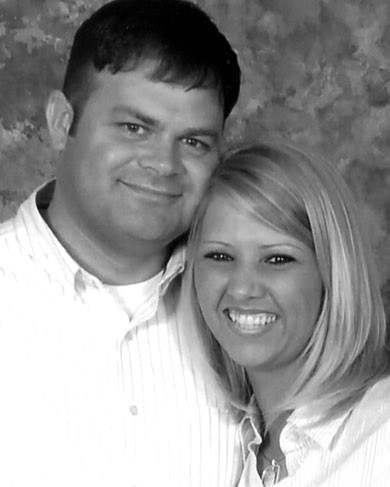 Rusty and Brenda Skinner of Oneonta announce the engagement of their daughter, Kimberly Ann Price, to Joshua Steven (Buck) Fuller, son of Doug and Lynda Fuller of Straight Mountain.


The bride-elect is the granddaughter of Harvey and Pat Fudge of Snead, Houston and Shirley Donaldson and the late Ira Skinner of Perry, Fla. She is a 2006 graduate of Adamsville Christian Academy and works with Lester Memorial Childcare in Oneonta.

The prospective groom is the grandson of J.W. and Nollie Fuller of Albertville, Mary Ruth Brothers and the late Willard Brothers of Oneonta. He graduated from Appalachian High School in 1997 and is employed with G.R. Manfacturing in Trussville.

The wedding will take place June 13, 2009, at 2 p.m. at Taits Gap Missionary Baptist Church. Family and friends are invited to attend.