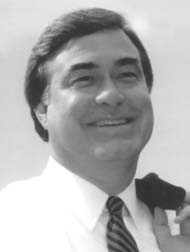 Folks, we are in the midst of a presidential race. Actually, it has been going for well over a year and we will select a new president in November. Barack Obama has served his eight-year limit. Thus, the parade of candidates seeking to occupy the Oval Office is long, especially on the Republican side.

You may have noticed that in the previous paragraph I used the word select rather than elect. That would be the proper term since we do not elect our president. The Electoral College selects him or her. It does not matter if one person receives more votes than the other nationwide. The candidate who carries the proper number of states and garners the most electoral votes from those states is declared the president.

Under our current Electoral College System, a Democrat is favored to capture the brass ring of American politics. The demographic changes of the country and concurrent tilt of the 12 swing states makes it very tough for a Republican to win. Only those 12 states matter in the general election. The remaining 38 states have such a predictable propensity for voting for one party’s candidate that they are taken for granted or ignored. Therefore, during the fall, the nominee of each party will only campaign and spend advertising dollars in the 12 battleground states.

The hay is already in the barn in the Deep South – we are reliably Republican. As I have said many times in the past, if Donald Duck were the GOP nominee he would carry Alabama. By the same token, the more liberal states of California and New York would vote for Mickey Mouse if he were the Democratic nominee.

Under this paradigm, a cursory look at the math tells you that there are more folks and thus electoral votes in California and New York. Therefore, my prediction is, and I would imagine that the Las Vegas prognosticators agree, Hillary Clinton will be the Democratic nominee and will more than likely be selected president.

However, the Republican race to carry the conservative GOP banner into the fray has been and will continue to be fun to follow. Our Alabama primary is right around the corner – March 1. We will actually have a say in who the Democratic and Republican nominees will be because we have an early primary date.

Alabama is part of what has been dubbed the SEC primary. It is the nickname given to the primaries of the Southern states as a reference to Southeastern Conference athletics. Joining Alabama on March 1 will be Arkansas, Georgia, Tennessee, Texas and Virginia.

Hillary Clinton is favored to carry Alabama in the Democratic preference primary. However, the victor in the Alabama Republican Primary is anybody’s guess. Everybody who ever won a 4-H speaking contest has been running for president on the Republican side. Generally, in a crowded field, the evangelical Christian favored candidate carries Alabama. Eight years ago, former Arkansas Gov. Mike Huckabee, who is an ordained Baptist minister, won Alabama. However, Huckabee seems to be fading in the chase nationwide and Ted Cruz appears to be capturing the evangelical vote.

In the past, the South has been inclined to have a Southern flavor when it comes to GOP primary voting, but this year we are trending almost parallel with the rest of the nation. Outspoken New York businessman Donald Trump has been the surprise wild card in the nationwide horserace. He continues to sit atop the polls in many states and maybe even in Alabama. He drew a record crowd in Mobile a few months ago and appears poised to do well in the Heart of Dixie.

National polling indicates the horserace rankings have Trump in the lead with young Senators Marco Rubio and Ted Cruz in second and third place. Rubio from Florida and Cruz from Texas have Hispanic heritage, which make them more electable candidates than Trump. The Hispanic vote will comprise 18 percent of the electorate but it will be tough to draw them into the fold after Trump’s abrasive attacks. They will paint all Republicans with the same brush in the fall. That is the reason Trump is unelectable in a general election. Jeb Bush is within striking distance and Ohio Gov. John Kasich is still kicking. Gov. Bentley has endorsed Kasich but Bentley’s endorsement appears to have little effect. Chris Christie could get some traction after New Hampshire.

The political interest in Alabama is unparalleled. We are actually getting to see candidates.