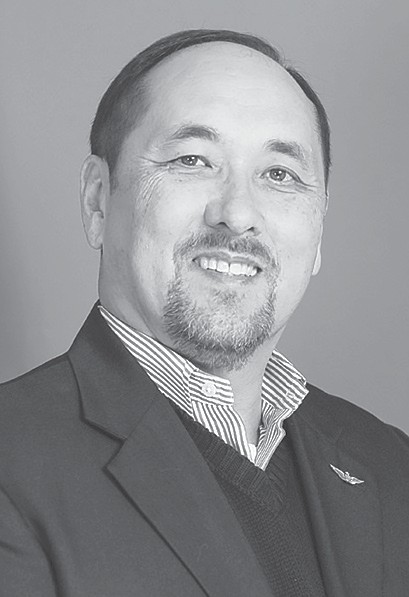 Weslie Ray Powell, 60, a member of the Locust Fork Town Council and mayor pro tem, was found guilty last Wednesday of menacing, a class B misdemeanor. He was acquitted on a second charge of impersonating a public servant.

The bench trial was held before Blount County Circuit Judge Steven King even though the charges were misdemeanors. This was necessary because District Judge Sherry Burns had recused herself.

Jessica Radford, the victim who signed warrants for Powell after an encounter with him on May 31, testified she was driving on County Highway 15 followed closely by a vehicle she later learned was driven by Powell. She said she slowed down hoping the vehicle would back off, but instead Powell turned on a siren.

She stopped her vehicle thinking it was the police; however, Powell drove around her and continued on. She said she followed him to the Locust Fork Fire and Rescue building where they both parked. She did so because she wanted to “get his information” in order to report his actions. At that point, she said Powell exited his vehicle pointing a handgun at her car. Her testimony was she pleaded with Powell several times not to point the weapon at her and her four children who were in the car.

Powell took the stand and said he did not turn on the siren or emergency lights he has installed in his private vehicle, but rather sounded a “bull horn” to warn Radford he was about to pass her. He said Radford then began following him closely so he drove to the Locust Fork Fire and Rescue building, exited his vehicle, and drew a sidearm, holding it at the “ready gun” position “to be ready in case something happened.” Powell denied pointing the weapon at Radford or threatening her in any way.

Powell explained to the court that he has a light and siren emergency system installed on his vehicle because he is a volunteer firefighter/ medic for the Locust Fork Fire Department and a tactical medic who works closely with law enforcement in the county. He is also the operations manager and critical care paramedic with Blount EMS Ambulance.

In a statement to a Blount County Sheriff’s deputy, who saw the two vehicles earlier and followed them to the fire department, Powell said the woman “had been following him and driving crazy.” According to the deputy’s report, Powell said he had a sidearm drawn when he exited the vehicle because he “did not know what she was doing.” The report went on to say that Powell said he holstered the weapon when he realized there were children in the car.

Judge King sentenced Powell to 180 days, which was suspended, and ordered Powell to pay a $100 fine plus court costs. King said when he announced his decision there was “no evidence to justify (Powell’s) actions.” Powell’s attorneys said afterwards they intend to appeal the verdict.

Between the LinesSchool board adopts new calendarBlended traditional, remote learning for 2020-2021 year