Portrait of a ‘dust-up’ 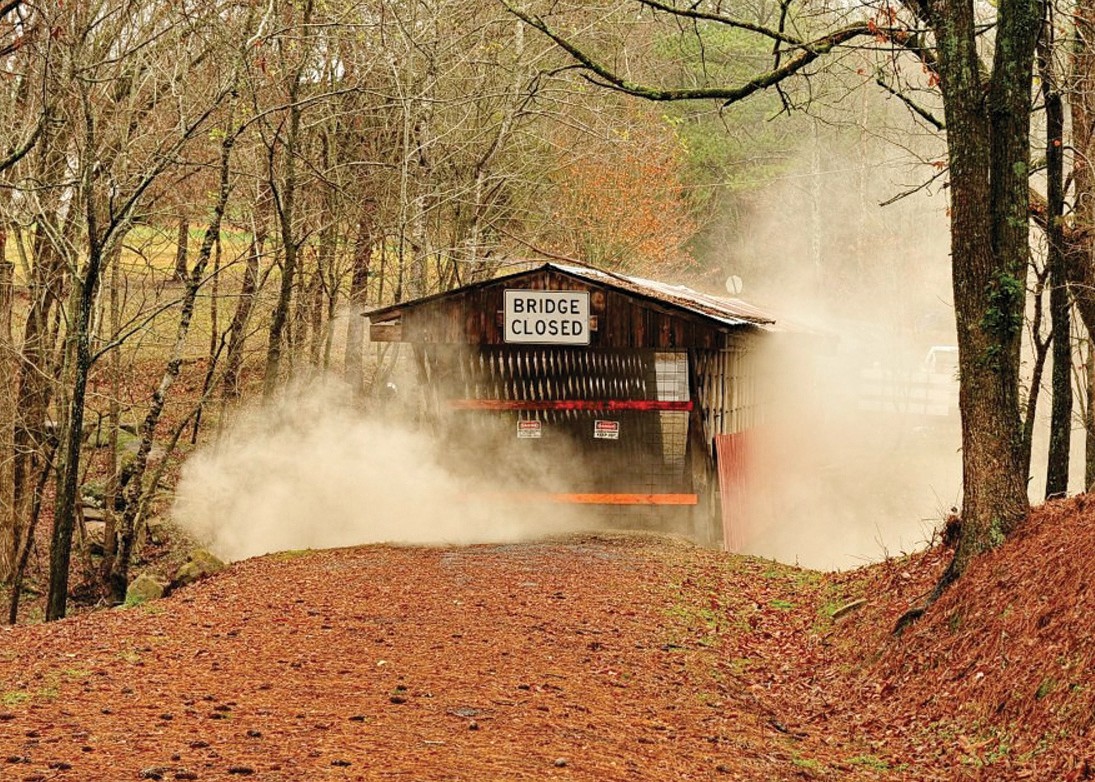 Don’t worry. Easley bridge is fine. In fact it’s better now than before the dust storm engulfed it. The storm resulted when workers for Bob Smith Construction of Trussville used a high-pressue air treatment to remove an accumulation of years of leaves and dirt from one of Blount’s three covered bridges before taking up the decking to allow inspectors to check out the support structure underneath. Support beams will be reinforced or replaced as necessary, and new decking will be reinstalled, said Glenn Peek of the Blount County engineering office. Roofs on all three bridges will be replaced with new tin, he said. County engineer Richard Spraggins reported in the December commission meeting that the contractor had notified him that he planned to complete repairs to the three bridges by July or early August, weather permitting. Peek said following completion of contract work, a punch list of final items would be worked to assure that all details are correct, and then the bridges will get a final inspection before reopening to traffic. That final stage of the $469,110 project could require a couple of weeks, he said. The last step will be to apply a flame-retardant chemical to all of the bridges’ woodwork. Because some time must be allowed for treated lumber to cure before fire retardant can properly penetrate the wood, the application could occur during the punch list and final inspection period, or could be delayed until after the bridges have been reopened. – Ron Gholson