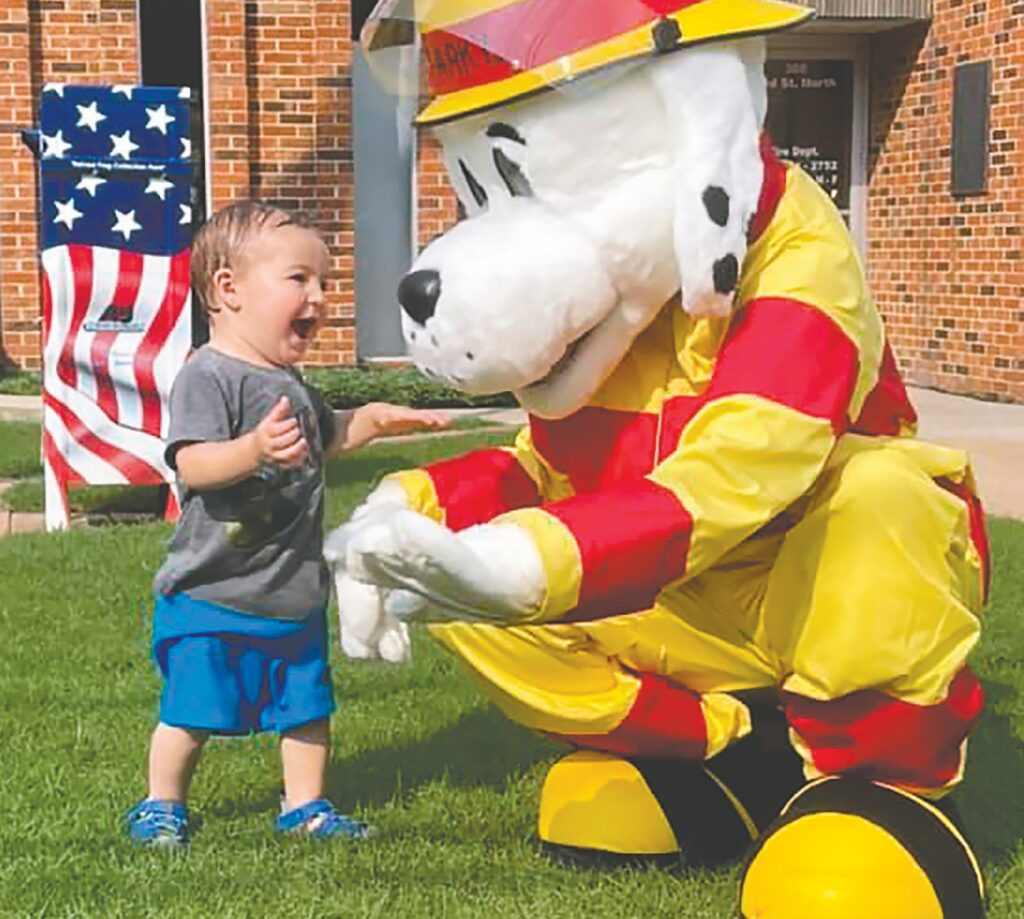 Who doesn’t enjoy splashing around in a little water on a hot, humid Alabama summer afternoon? Oneonta Fire and Rescue Service and the City of Oneonta popped up a splash pad in front of the fire department last Saturday much to the delight of the more than 200 people who came and went during the two-hour event.

“Everyone needs to take a little time every now and then just to splash around in some water,” said Oneonta Mayor Richard Phillips. “This was just a fun way for all of us at city hall and the fire department to connect with the community.

City government is more than rules and regulations. We like to introduce new things that are fun.”

Jonathan Ledbetter, the fire department’s community risk reduction and public information officer, started brainstorming on a way to provide the kids some kind of water fun after the city’s pool shut down a couple of years ago. And his pop up splash pad did not disappoint.

“We really just wanted to do something fun for the kids,” he said. “And they and their parents had fun. It was such a great event to be a part of.”

Little kids, big kids, and even those who just wanted to be a kid for a couple of hours ran through the spray of the fire hose and splashed around without a care in the world.

“At the end of the day, we really just want to connect with the families we serve, and we want the kids to be familiar with us outside of an emergency setting. I’m so thankful to Chief [Kenneth] Booth and Mayor Phillips for almost always supporting whatever crazy idea I throw out there. It’s all about community and they get that. It’s fun and I’m already thinking about what’s next.”