Politics in 2016 and Julian McPhillips 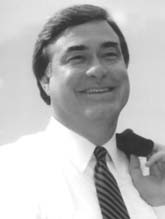 During this election year I have watched all the politics on television. In order to judge the coverage, I have perused all the channels. Over the years political observers have bemoaned the fact that certain networks are biased. Folks, I am here to tell you they are. There is no doubt Fox is a Republican channel and MSNBC and CNN are Democratic networks.

George Wallace used to strut around the country running for president as a third party candidate rhetorically saying there ain’t a dime’s worth of difference in the national Republican and Democratic parties. Well, I am here to tell you there is a huge difference. They are miles apart philosophically. They ought to rename the Democratic Party the Liberal Party because, believe me, they are liberal. They ought to rename the Republican Party the Conservative Party because, believe me, they are conservative.

The most believable accurate and unbiased political analyst in America is Larry Sabato from the University of Virginia. He has been the premier political analyst/prognosticator and pollster in America for years. When Larry Sabato speaks, people listen. He is right on target. He is so respected and unbiased that both CNN and Fox use him as an analyst.

The two best mainline journalists are Mike Cason with AL.com and Brian Lyman with The Montgomery Advertiser. They are great writers and are thorough, honest and knowledgeable. They are filling a gap left by the great Phil Rawls. A young reporter with AL.com in Mobile, John Sharp, is doing an excellent job covering politics from the Port City and Gulf Coast. He is an excellent writer and gets his facts straight and tells a story when he writes. Tim Lockett with The Anniston Star does a good job of reporting on Alabama politics.

The legendary Montgomery lawyer and yellow dog Democratic activist Julian McPhillips has written two good books in recent years, “The People’s Lawyer” and his most recent memoir, “Civil Rights in my Bones.” It chronicles his years of being a civil rights champion and lawyer for underdog clients. He has made some money taking on the big mules and powerful interests and has won some big judgments for his downtrodden clients.

McPhillips was born into privilege and Mobile established gentry. The McPhillips family is old Mobile aristocracy. He could have settled into a sophisticated life of practicing law with one of the old Mobile silk stocking law firms and drinking scotch in the afternoons at the Mobile Country Club and attending Mardi Gras balls.

Instead, he chose the life of a liberal civil rights lawyer and, by the way, he is a teetotaling minister of a liberal progressive church on the side.

McPhillips was an All-American wrestler in college at Princeton. After Princeton he graduated from Columbia Law School where he became a liberal activist.

He practiced law a short while in New York before coming home to Alabama to begin his Alabama career with Bill Baxley in the early 1970s. Baxley was a 29-year-old progressive populist attorney general and he brought with him a host of young liberal Alabama-born Ivy Leaguers. It was a legendary troupe that included Julian McPhillips, Tuskegeeborn

They were better at law than softball. Their team lost almost every game, but they celebrated at the old Sahara anyway.

Julian McPhillips has stayed true to his progressive politics. He is a true blue Democrat and was the Democratic standard bearer for the U.S. Senate in 1996 when Jeff Sessions won the open seat.