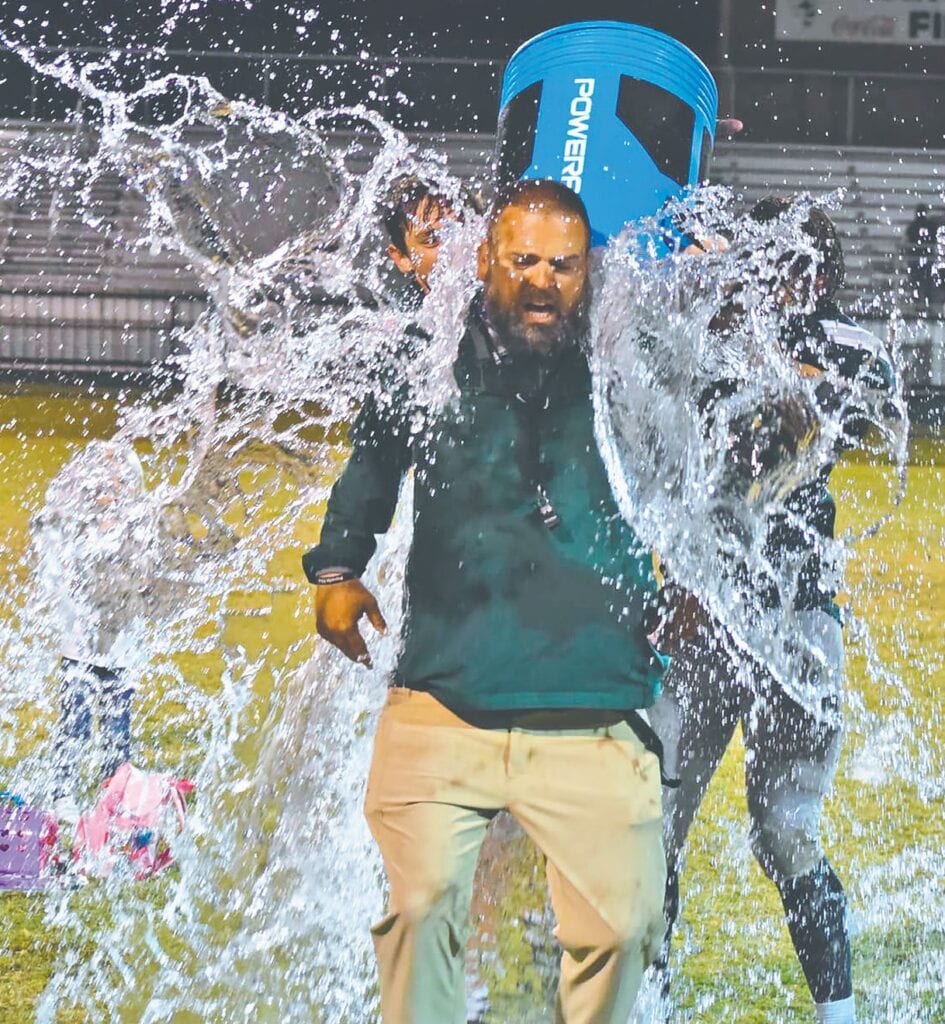 Friday night’s contest between Locust Fork and the West End Patriots turned out to be just the Hornets’ second time to play on its home field this season. And on senior night at Pate Field, the Hornets put on a show for the home crowd winning 37-18. The offense ended the night with more than 430 yards while the defense forced four turnovers.

It didn’t take long for the Hornets to get on the scoreboard. With 10:44 showing on the game clock, Ben Oden followed his blockers and evaded the Patriot defenders for an 18-yard TD. David Mondragon’s kick was good and the Hornets were up 7-0. The remainder of the opening quarter was a defensive battle with both teams struggling to get into an offensive rhythm.

The Hornets, however, found that rhythm in the second quarter. Only 1:33 had ticked off the clock when Oden pushed his way into the end zone for the 1-yard touchdown. Another Mondragon extra point put the Hornets up 14-0. Later, Marty Wooten got the Patriots on the board with a 1-yard pass, but couldn’t convert the two-point play. Then, with only 1:33 left in the quarter and Locust Fork lined up on the Patriot 5-yard line, Oden found the end zone for his third touchdown of the half. Mondragon was also perfect for the half and the Hornets took a 21-6 lead into halftime. 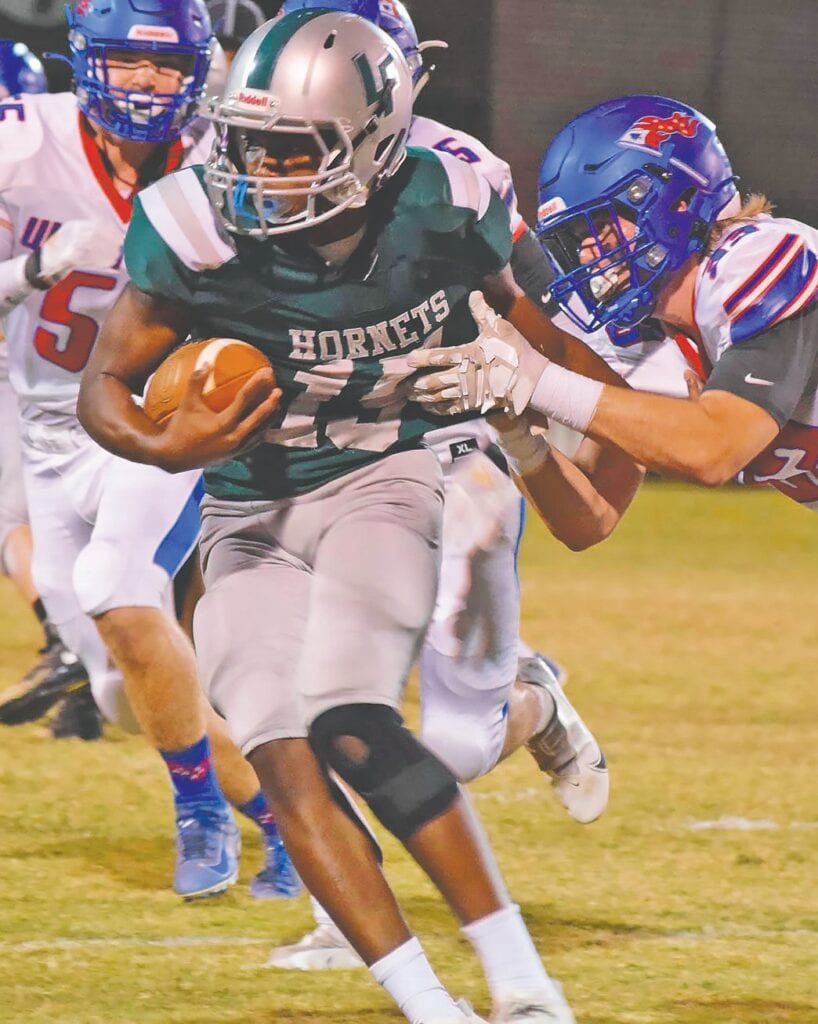 Defenses took over for much of the third quarter. The highlight for the Hornets came off the foot of Mondragon with 3:57 left when the ball sailed through the uprights on his 24-yard field goal attempt. Wooten tossed another touchdown before the quarter came to a close making it 24-12.

After a Lukas Huber pass to J.J. Boatwright got the Hornets down field, Huber then ran it in from 6 yards scoring the fourth Hornet touchdown of the game. Mondragon’s kick put the Hornets up 31-12 with 8:39 on the game clock. The Patriots managed to get the ball into the end zone one last time on another Wooten pass. But this night belonged to the Hornets and Oden put on a show scoring one last time at The Fork. His 10-yard touchdown run with 5:43 left in the game was his fourth of the night putting the Hornets up 37-18.

The win moves Locust Fork to 5-4 on the season, 3-4 in Class 2A, Region 6. The win also marked an important milestone for head coach Matt Plunkett. Friday night’s victory was his 50th career win as a head coach. This Friday, the Hornets travel up the road to face in-county rival J.B. Pennington.