on spiders, snakes, and other critters 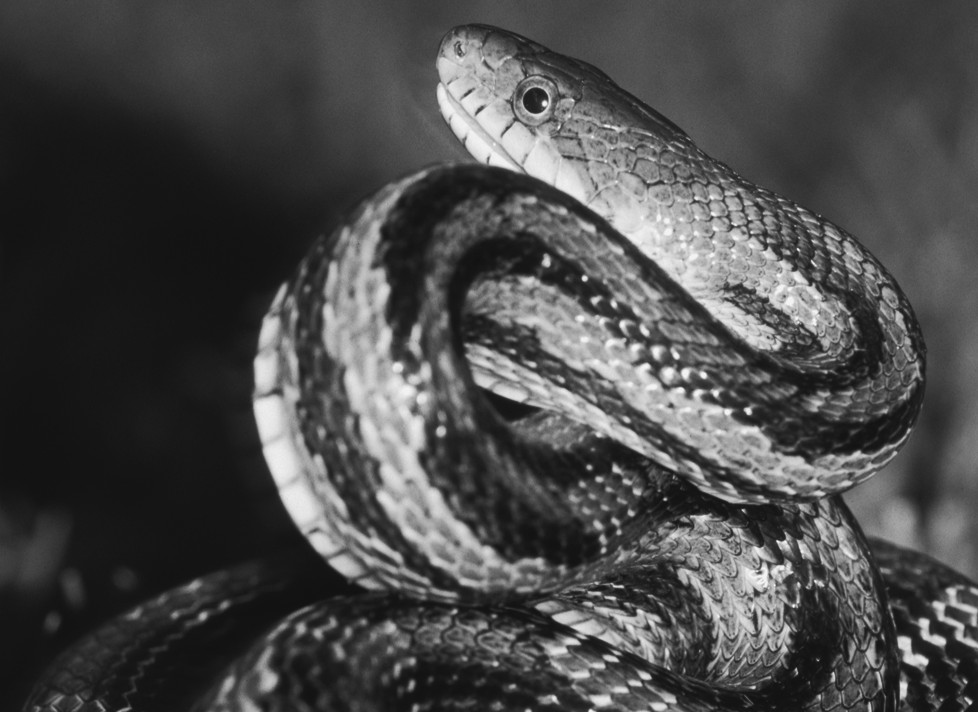 * Snakes can turn up anywhere – in the crawl space under a nice house in a manicured part of town, for instance. But they’re not likely to turn up as frequently as out in the countryside. Spiders are ubiquitous. They like anywhere dark. Typical habitats for “bad” spiders: damp and dark (black widow), or dry and dark (brown recluse). Spiders in general like it somewhat dark or somewhat darker. You get the idea.

Right from the top – six rules to observe if you don’t like spiders, snakes, and other creatures of the pest and critter persuasion:

• Don’t build your mansion in the middle of their mansions – or your home sweet home in cozy proximity to their home sweet homes – which is to say in or near expanses of fields or brushy areas, in or near expanses of woods or cutover areas, next to or near the bases of hills or ridges or anywhere else where rocky outcrops typically occur, near or along branches, creeks, or larger stream courses, or especially in or near the borders between any of the above areas where habitats meet or overlap, providing an unusually rich environment for food and shelter for creatures you personally consider undesirable for pleasant company. Many reports of both insect pests and other critters come from homes that have encroached on their habitat. If you don’t like spiders and snakes, find a more civilized place to build or move.*

If it’s too late to observe that advice, here are a few more suggestions from Blount County extension agent Dan Porch (the first one was his, too):

• Turn out the lights at night. One more time for effect: Turn out the lights at night. That’s the single best thing you can do to keep insects, and to a lesser degree rodents, away from your house. And where insects and rodents are, their predators are. That goes for both spiders and snakes, as well as for wasps, roaches, mosquitoes, and other pests. They’re drawn to the light. So turn ’em off. Not only the big outside spotlights, but the kitchen light you often leave on when you’re in the living room watching TV. How many times have you walked out the back door into a swarm of bugs around the porch light that you left on an hour or so ago? Turn it off when you don’t need it. You don’t have to impose a military-grade blackout, just turn off lights you’re not using.

• Rake mulch and leaves away from your foundation. That litter attracts termites, roaches, and other insects – and their predators – big time.

• Mow the grass regularly. That discourages rodents. When rodents are discouraged, snakes are discouraged. Move any woodpiles away from close proximity to the house. The old saying about keeping your friends close and your enemies closer doesn’t apply here. You want to keep pests further away.

• Eliminate pet food as a magnet for bugs and critters. Don’t put out more dog and cat food than they can eat at one feeding. It’s like a big, blinking, neon “Free Eats” sign for every pest you can think of – including the critter lineup like possums, raccoons, even stray dogs and feral cats. A little, mean housecat gone wild can come up on your porch and put a whuppin’ on your big ol’ mean watchdog. Can and will. Sounds like a war breaking out at 3 a.m. in the morning, too. Keep pet vittles in sealed containers where the varmints can’t get at them. Outdoor garbage containers should be critter-proof, too. Metal with a strong latch would do.

We’ve heard enough stories about spiders and snakes at the newspaper this year to wonder if this is a jubilee time for them. Not from what we can tell from talking to people who might know. Porch says he’s not aware of any unusual number of encounters being reported so far this year.

Jamie Tedder of Cook’s Pest Control of Cullman said they have not experienced an unusual number of spider, snake, and general insect pest reports this year, although he said over the last few years, the number of calls for help exterminating mosquitoes and bedbugs have been growing.

Both Porch and Tedder said that insect populations tend to decrease and increase in cycles, with April to July being the time for the upswing in insect problems, with a similar cycle for snakes.

An increase in populations, and thus of sightings, can be reasonably expected as the heart of the summer cycle approaches.