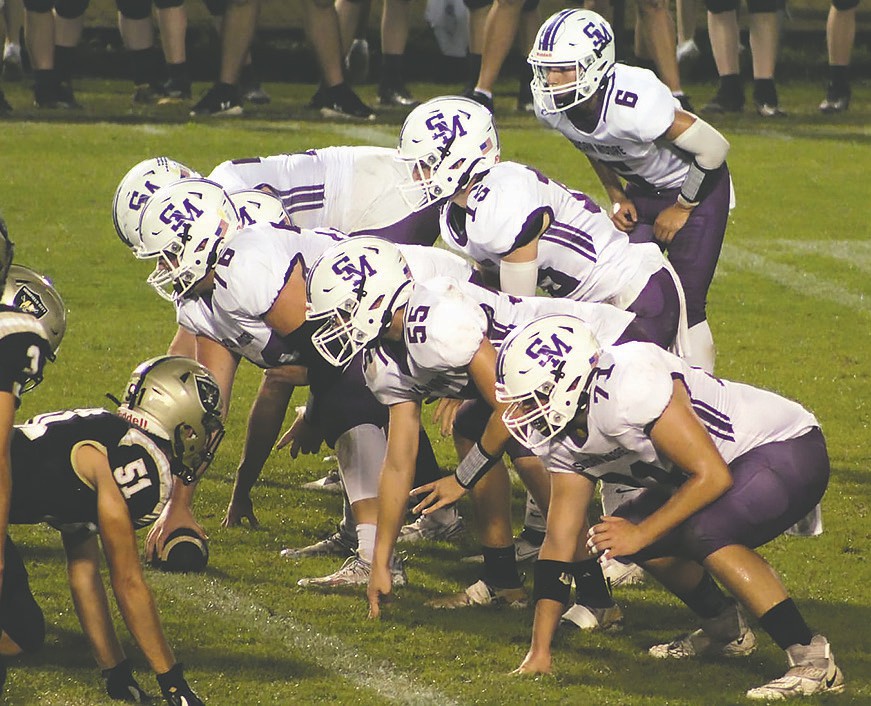 Friday night’s contest between Susan Moore and Winfield was a battle between two unbeatens in 3A Region 6. The Pirates proved to be too much for the young Bulldogs in their 48-7 win.

The Pirates scored 7 points in the opening quarter before breaking the game wide open in the second quarter, scoring 28. Susan Moore found themselves down 0-35 at halftime. Winfield added another 13 points in the third quarter for a commanding 48-0 lead.

Finally with 4:05 left in the third quarter, Zac Reeves found open field and took it all the way to the end zone for a 68-yard rushing touchdown. Axel Silva hit the extra point and the Bulldogs avoided the shut out on the road.

Reeves finished with 97 yards on nine carries, plus the Bulldogs’ only touchdown. Doty was 3-for-9 passing with no touchdowns and three interceptions.