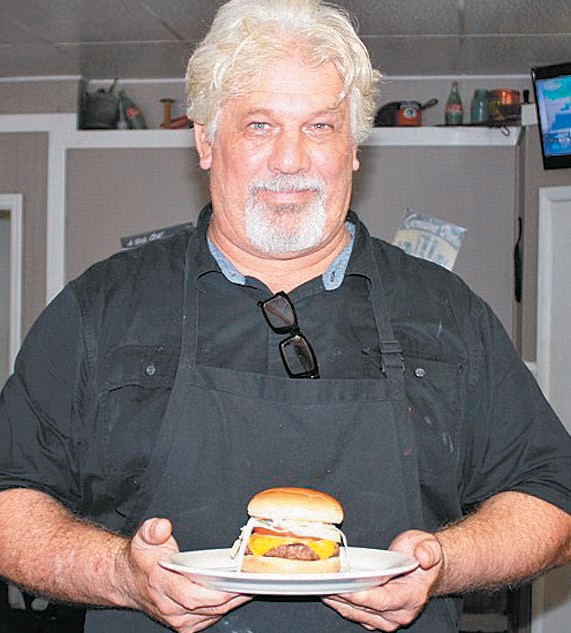 There are lots of very good burgers to be found in Blount County. The best, however, is in the western side of the county and it’s cooked by a big man with a big personality.

Phillip Niblett is Phil and his restaurant is Phil’s Grill. He may be better known for his barbecue – he won our ribs contest two years ago and has won the granddaddy of them all, Memphis in May, that attracts more than 300 teams each year from around the world.

So, his credentials are without question.

His burger? The best, also without question.

The secret? Well, Phil says there is nothing that secret about it.

“We use 81/19 ground chuck,” he says. “It’s an 8-ounce patty and we do have some special seasonings that we hit it with when it cooks. Also, we assemble it the same way each time – mustard and pickle on the bottom, then the patty with cheddar cheese, lettuce, tomato, and onion on the top.

“And we toast the bun and that’s it. Nothing really fancy.”

The regulars at Phil’s can attest to the quality of the burger – last Saturday they served 82 burgers at Phil’s.

He even has a couple of other burgers – the Ultimate Cheeseburger with two 8- ounce patties and shredded cheese that melts into a heavenly crust (think cheese toast) and a Smokehouse Cheddar Burger with bacon in the cheese and on the burger itself (think about that for a minute).

Phil’s Grill beat out some quality competition. D&R BBQ of Locust Fork was a close second, followed by Busy Bee of Allgood, Double B BBQ of Blountsville and Cleveland Diner.