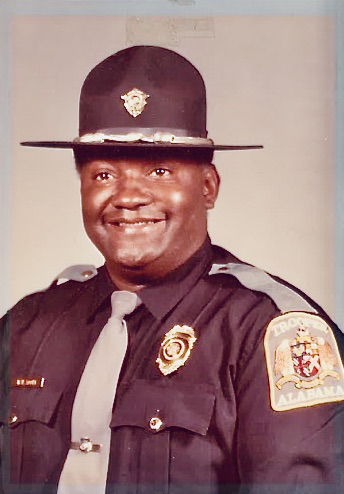 Although it has been more than 23 years since he retired as a State Trooper, Winston “Boo Boo” Scott, today’s People of Blount County, remains one of Blount County’s most well-respected men.  He not only talks the talk, but he walks the walk.

Growing up in Blount County raised by his mother, Winston knew right from wrong.  Although he grew up going to Sunday school and being obedient, there were times when his mother, who was also the disciplinarian, would give him a whipping.  Winston admits that when he was punished, it was because he was wrong and deserved to be punished.

Because segregation laws were still in effect, Winston attended Sand Valley School and later moved to Southside School in Oneonta.   For those unfamiliar with where Southside School was located, it was near property close to where E Street Baptist Church is now located.  Winston finished his education and graduated in 1962.

After high school, jobs were scarce; therefore, Winston joined the Army.  Throughout his career, he served in several battles and spent his last year in Vietnam.  While many comrades did not make it out, Winston is confident that the Lord brought him out of Vietnam safely.  He recalled how many soldiers would gather around and repeat the 23rd Psalm together in the morning and each evening.

Once out of the Army, Winston began looking for employment.  Thanks to a friend who suggested that he seek a state trooper job, Winston spent 27 years and five months as a well-respected state trooper.  Once hired, Winston was asked if he would work Blount County, and Winston responded, “I’ll go where God sends me.” And so it was, Winston worked Blount County.  He is noted as the first black state trooper for the county.  Winston made some very good friends while serving as a law enforcement officer.

Each day Winston would ask God to guide him through the day, for each new day was a day of Thanksgiving.  God had guided him safely out of Vietnam, and Winston vowed to serve Him the rest of his days, even through his work as a law enforcement officer.

When Winston was nominated for today’s People of Blount County, many people commented about how fair he was as a state trooper.  The comments were all positive and showed how Winston went about his day upholding the law. 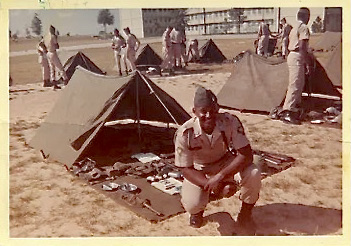 As he talked about his tenure as a state trooper and reflecting on some of the positive words people had noted, Winston mentioned that talking to people was very effective.  Even if a ticket was warranted, he used the situation as a way to teach lessons to others, especially young drivers.

Many times Winston would insist on visiting the parents of the teen when they chose to break the law.  He felt it was important to give the parents a chance to be a part of the change.  He laughed as he recalled many young people would beg him to just give them a ticket instead of them having to meet face-to-face with mom, dad, and Winston. Throughout his tenure, he discovered that if a young lady was at fault, it was best to meet with her mother.  If it was a teen boy, meeting with dad was the most effective.

The first time they were pulled over, Winston likely gave young drivers a chance to make a positive change, but he had no problem issuing citations from there on out.  At times, Winston would pull the teen over and ask them who was going to pay this ticket?  A likely response was mom or dad.  He would then follow up by saying, “I didn’t think your mom and dad had money to throw away.”  He pointed out to the drivers that most parents did not have extra money to be paying for a ticket that could have been avoided in the first place.

When Winston was growing up, he mentioned that people respected the law more than they do today.  He believes it is important to lift up law enforcement officers, other first responders, those serving our country, and front line workers continuously.  They have challenges each day and need to be upheld in prayer.

Today, at 78, Winston remains active.  He is a deacon at Mr. Zion Baptist Church.  He, his wife Linda, and family members serve the Lord and are doing what they can to help others in need.  Winston enjoys watching westerns during his down time, but knows that there is always a “honey do” list waiting for him.

Winston doesn’t really have any particular bucket list items he would like to do before life’s journey ends on Earth.  He just wants to keep praising the Lord and trying to live Holy.