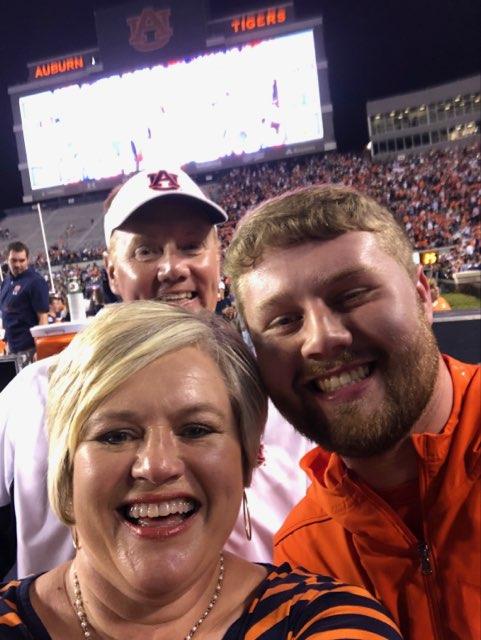 The “best seat in the house” and “up close and personal” is how Tyler Cardwell, today’s People of Blount County, gets to see Auburn football each week.  Tyler, a 2018 graduate of Appalachian High School, began his collegiate career on the sidelines, but not as a player.  He is a graduate assistant who has various assignments assisting the Tigers’ football program.

Tyler is pursuing a degree in physical education in the School of Kinesiology and hopes to land his dream job as a defensive line coach or defensive coordinator at the collegiate level.  To help prepare for that dream job, Tyler applied for the graduate assistant position that became vacant as he entered his freshman year.  He was fortunate he was selected and he hasn’t stopped since. 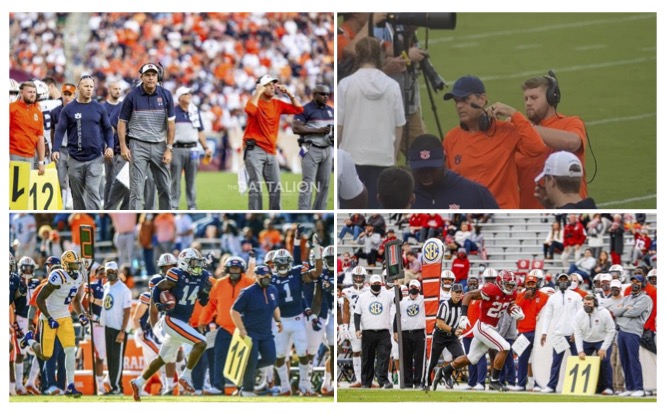 Although he has many assignments, one of Tyler’s duties originally was being in charge of the defensive yellow boards on the sideline.  Throughout the game, Tyler was in constant communication, via headsets, with the coaches. They would instruct him on what offensive players were on the field.  Tyler’s job was to counter match that line defensively.

Beginning this season, Tyler has started calling in the signals from the sideline.  The defensive coordinator, who is in the press box, relays to Tyler via headset what signals to call in for the running game.  Tyler jokingly said there have been lots of headsets used over the years he has been there.

From July until the second week in January, Tyler’s life basically revolves around football.  His week goes something like this during this: 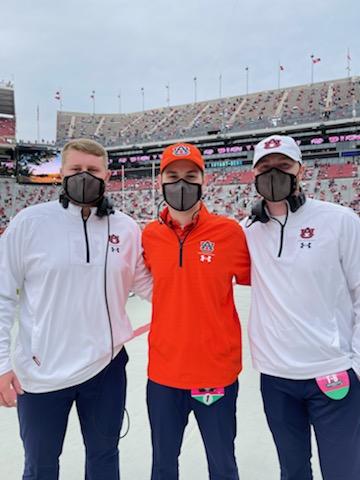 This job is a lot of hard work, but definitely rewarding to Tyler.  The wealth of information gained amazes him, and he is glad he has had this opportunity.  He believes this is his way to break into the football world.

As Tyler is completing his last year of college, he is being afforded hands on opportunities by teaching in some of the local schools in Lee County.  He is currently at Wright’s Mills Elementary and working with third and fifth graders.  Soon he will be transitioning to high school students.  When Tyler graduates, he will be certified to teach kindergarten through 12th grade.

When there is down time away from football, Tyler loves to travel.  He loves Gulf Shores, but cruising is his favorite pastime.  From the buffet and dinner menus to shows and more, all while traveling to the next destination is wonderful.  Once arriving at their destination, he heads for the beach.  He particularly loves the Caribbean where the waters are unbelievably beautiful.  In the future, Tyler wants to travel outside of the country.  Places on his bucket list include London and Paris, and to see Jerusalem firsthand.

While hanging out around home, Tyler enjoys watching baseball on TV.  He is a Braves fan and enjoys going to some of the games as well. Tyler is a member of Robin Hill Missionary Baptist Church, but attends Opelika First Baptist Church while away at college.

Oh and when asked would he ever work under Nick Saban and yell, “Roll Tide,” the answer is “yes” if he was ever afforded the opportunity.  Tyler is open to any job offers that involve some type of coaching.  If working at the college level does not pan out immediately, Tyler will look at coaching at the local level.