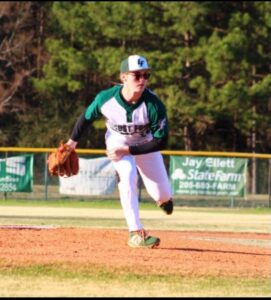 Even though this week’s People of Blount County had a rough start when he was born, Tucker Massey has overcome that adversity and transitioned into a fine young man that looks forward to a promising future. Tucker, a senior at Locust Fork High School, was born with a heart defect called Transposition of the Great Arteries (TGA).  In layman’s terms, the two main arteries carrying blood out of the heart – the main pulmonary artery and the aorta – were switched in position (transposed).  It was a condition that would be fatal if not corrected.

TGA is not a genetic condition, and according to the CDC, it is estimated that 1,153 babies are born with TGA in the United States each year. Because it was a life threatening condition, Tucker was flown to Boston to have open heart surgery at just one week old.  At that time, there were no hospitals in Alabama that performed such a delicate heart procedure.

After having the defect corrected, Tucker has pretty much lead a normal life.  Yes, he still has a yearly cardiologist checkup, but aside from that, he lives his life to the fullest.  It is ironic that Tucker’s mom, who was in nursing school at the time of his birth, now works at the cardiologist office where he is a patient.

Tucker turned 18 last October.  He will soon graduate from a school that has been his “home away from home” since he started kindergarten 13 years ago.  Tucker has succeeded academically, socially, and athletically during his years attending Locust Fork.

One of Tucker’s favorite pastimes is playing baseball.  He has played the sport all of his life, and, for the last four years, he has been a member of the varsity LFHS baseball team.  He is currently a starting pitcher for the team and loves being in command as a pitcher.

In addition, Tucker has been actively involved in other high school activities including being a two-year member of the cross country team and serving as master of ceremonies for the beauty pageant the past two years.  Whether Tucker is pitching or being a spokesperson, being in the limelight is not something that Tucker shies away from.

As Tucker’s high school athletic days are coming to an end, he has had some great experiences including some grueling lessons of defeat, as well as the thrill of victory.  When reflecting over the past few years of being involved in varsity sports, Tucker said one of the highlights was being pulled up to the varsity roster when he was a ninth grader.  That particular year, the Hornets advanced to the playoffs and played in the final four.  Although Tucker was more of an observer than an active player that year, he said it was an experience like nothing he has ever seen.

After graduating, Tucker plans to attend Auburn University on an academic scholarship.  He has not decided on a specific major as of yet, but knows that decision does not have to be made immediately.

Outside of school activities, Tucker enjoys spending time with his girlfriend and friends.  He is well versed and also enjoys music, reading, and writing. In addition, Tucker works part-time for his grandfather at Massey Auto parts where he helps with delivering parts or stocking shelves. 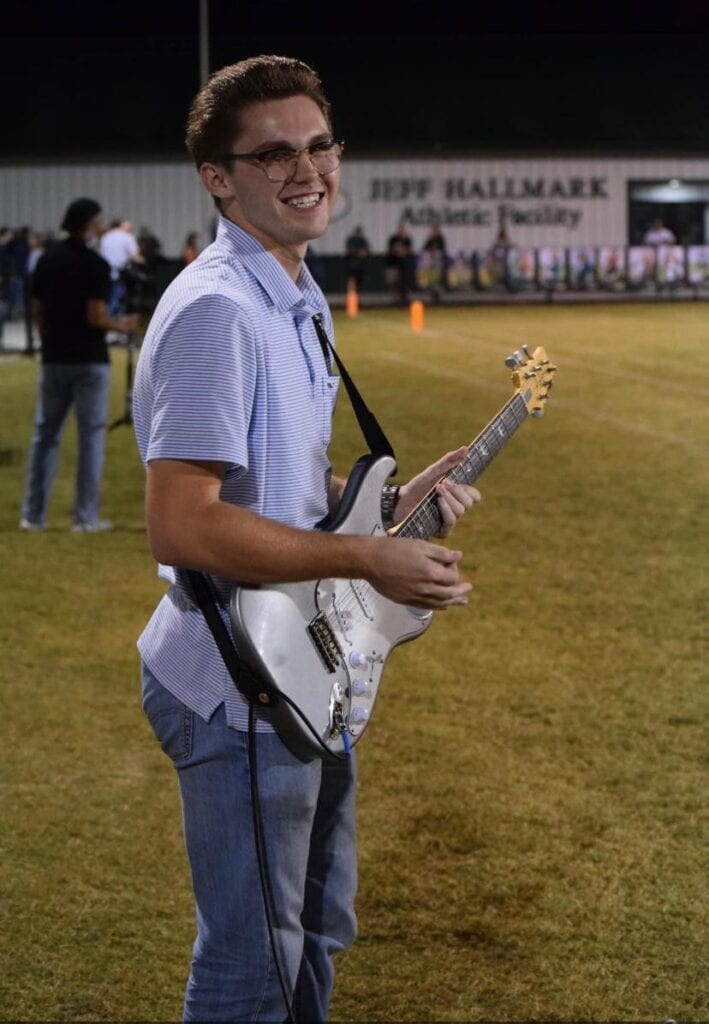 Being musically inclined, Tucker plays the guitar, drums, piano, and harmonica. He plays guitar and harmonica (because they pair well together) in the band at Locust Fork Baptist Church.  Tucker’s favorite music style is any type of Blues-influenced music, and John Mayer is his favorite singer/songwriter.

Until recently, when Tucker would choose books to read, he would gravitate toward non-fiction books. However, not too long ago, Tucker discovered he enjoys fiction reading as well.  C.S. Lewis is one of Tucker’s favorite authors.

As Tucker has journeyed into the world of writing, he has begun scripting some stories.  They are still a work in progress.  Tucker has, however, written some poems.  Because poems are not as lengthy as books, they can be completed in a much shorter time frame.

Soon Tucker will make that much awaited trip across the stage to obtain his high school diploma.  Not only will it be a proud accomplishment for Tucker, it will be a day that will send him out into the world of adulthood.  His mom and his dad will be there cheering him on, for just a little over 18 years ago Tucker entered the world with a major adversity and one that could have easily ended his life.  But now, as a healthy young man, he is ready to face the world.

Will there be challenges? Yes.  Will there be triumphs as well as defeat? It is likely, but with the solid foundation and principles that have been laid before Tucker, he is ready to conquer whatever is thrown his way.

Wow, what a difference 18 years makes!