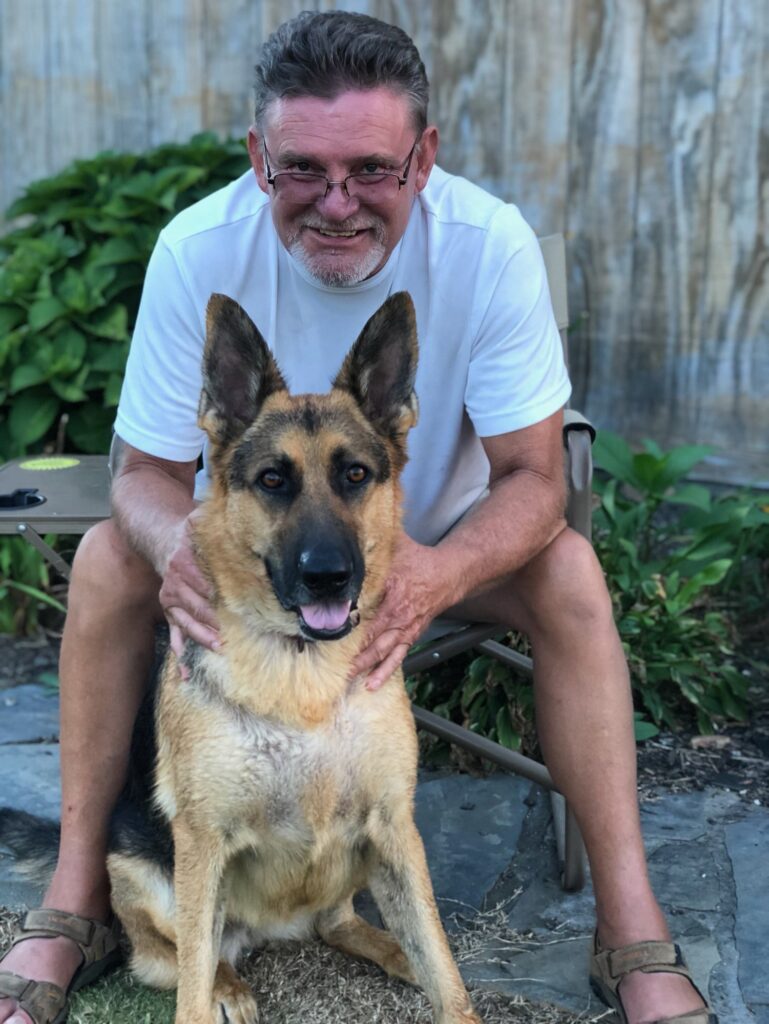 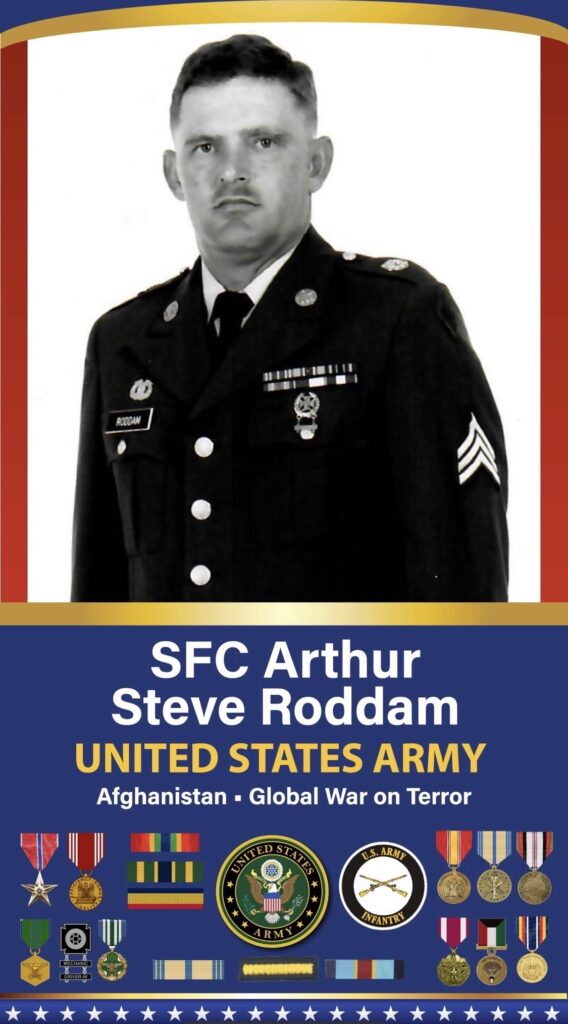 Being retired is something that most people look forward to. They work hard all of their life and finally reach the point where life goals and directions likely change. People want to begin enjoying less hectic days, taking time to spend more time with family and friends, be able to explore dreams they have not yet pursued, or take advantage of new opportunities.

These things are true of Steve Roddam, today’s People of Blount County.Steve retired after 27 years of working full-time in the National Guard AGR Program.

When he was deployed to Desert Storm, Desert Shield, and Afghanistan, Steve held positions such as supply person, supply person sergeant, infantry man, mortar man, and battalion supply sergeant, as well as ran the property books, which entailed keeping count of beans, bullets, toilet paper, and the like.

Steve’s military life gave him numerous opportunities to see the world and meet many people. In addition to working side by side with other military comrades, Steve worked with a diverse group of people including civilian contractors. And, countries like Germany, Kuwait, and all the “stans” (Pakistan, Afghanistan, etc.) are places he can cross off the list of having visited at least once. During his Afghanistan deployment, Steve even earned frequent flyer miles as he had to take a 300 mile flight from Bagram Air Force Base to south Afghanistan every one to two weeks.

Because he loves his family, and he loves to travel, Steve is now helping his sister Roxie achieve her goal of visiting every U.S. state. His mindset is that while he was in the military, he was able to see the world. Now he wants to see where he lives. And traveling alongside his sister makes the trips so much more enjoyable.

Last August, he and Roxie traveled to 16 states in six days. And while they only spent a short time in each state, Steve will tell you that he especially enjoyed visiting Salem, Mass., Portland, Maine, Niagara Falls, and West Virginia. In addition, he loved how beautiful Vermont and New Hampshire were, but realized there is not much to do in those states that interested him.

Their goal is almost complete, as Steve and Roxie only have six more states to visit before she has visited all 50 states. Next on the bucket list is Oregan with Wisconsin not being far behind.

Although Steve grew up in the Fairview Church community on Straight Mountain, he moved to Oneonta when he was 15. He has remained in town ever since. Sadly, Steve’s mother, Ola Mae, was killed by a drunk driver when he was only 10 years old. His father, Pete, who died in 1997, held the parental reins until Steve became an adult. Steve is a member of the Masonic Lodge in Oneonta, a Shriner at Zamora Temple, and a York Rite Mason.

Steve is proud of his family. He became the father of four boys when he adopted two sets of twins. Both sets included boys ages six and nine. It is kinda ironic that Steve now has nine grandchildren, with seven of them being girls. In addition, he has one great grandson and one great granddaughter, with another granddaughter on the way within the next couple of weeks.

In his younger years, Steve enjoyed hunting and fishing. It was also not uncommon for him to have a pot of gumbo or a shrimp boil for friends and family. Now he has taken up the hobby of cooking outside over an open fire in a cast iron pot. At first he was somewhat resistant to trying this method of cooking, but Roxie kept encouraging him to try it. Once he did, Steve was hooked.

Some of Steve’s dishes include biscuits, chili, Mulligan stew, and, in his  own words, “The world’s best baked beans.” His plan is to try his hand at making desserts over the open flames when it warms up. Steve no longer enjoys being out in the cold and is anxiously awaiting warmer weather that gives him the opportunity to light the fire up once again.

While it may seem easy to cook over an open fire, there are challenges to overcome. First off, it is very time consuming. Steve’s baked beans take approximately four hours to cook. They also require using the frying pan to cook the meat over the fire before being incorporated into the beans. And because he uses molasses in this dish, Steve has to find where it is available to purchase.

While one can use charcoal to cook over, Steve prefers using hard wood such as oak or hickory. Hard wood is not as plentiful as other wood. In addition to keeping the fire at just the right temperature for cooking, having a smoky flavor gives it a more authentic taste to Steve.

If you really know Steve, you know Annie, his German Shepard. She will be seven on Jan. 28 and he has owned her since she was six weeks old. Steve is quick to tell you, “Annie is the best dog I’ve ever owned.” He has noticed that as she has aged, Annie has gotten more vocal and decides if she wants to do something or not. She exercises her rights and stands her ground when she does not want to do something.

Annie is primarily an outdoor dog, as she sheds what seems to be about five pounds of hair per day. But when the weather is too harsh, you will find Annie propped high atop the living room couch. Steve keeps a sheet covering his couch for those days when she is inside. She is the queen.

Now at 63, Steve has a lot going for him. He is enjoying his kids, grand kids, and great grandkids as much as possible. He is spending time and helping his sister accomplish some of her goals, all while enjoying the adventures himself. In addition, Steve is embracing the old, trying the new, taking chances, and making the most out of each day. Life is good. Life is short. And it is important not to waste days afforded to him. #peopleofblountcounty 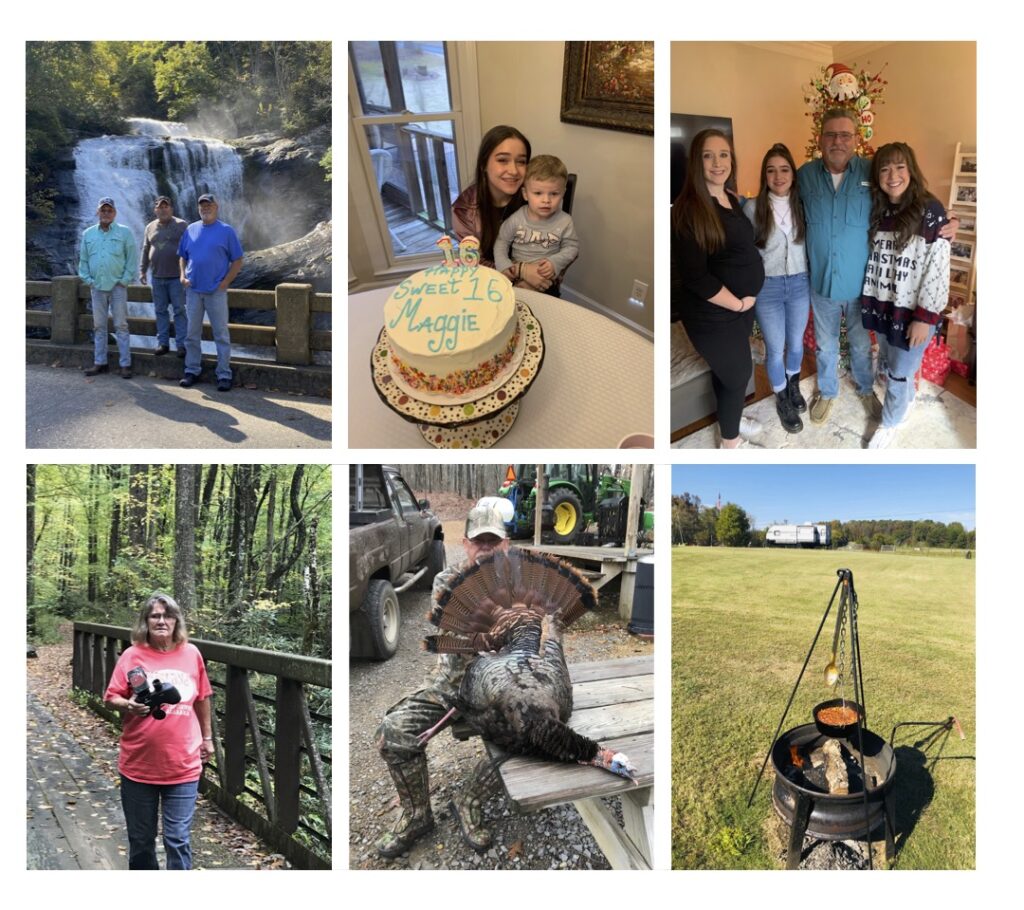