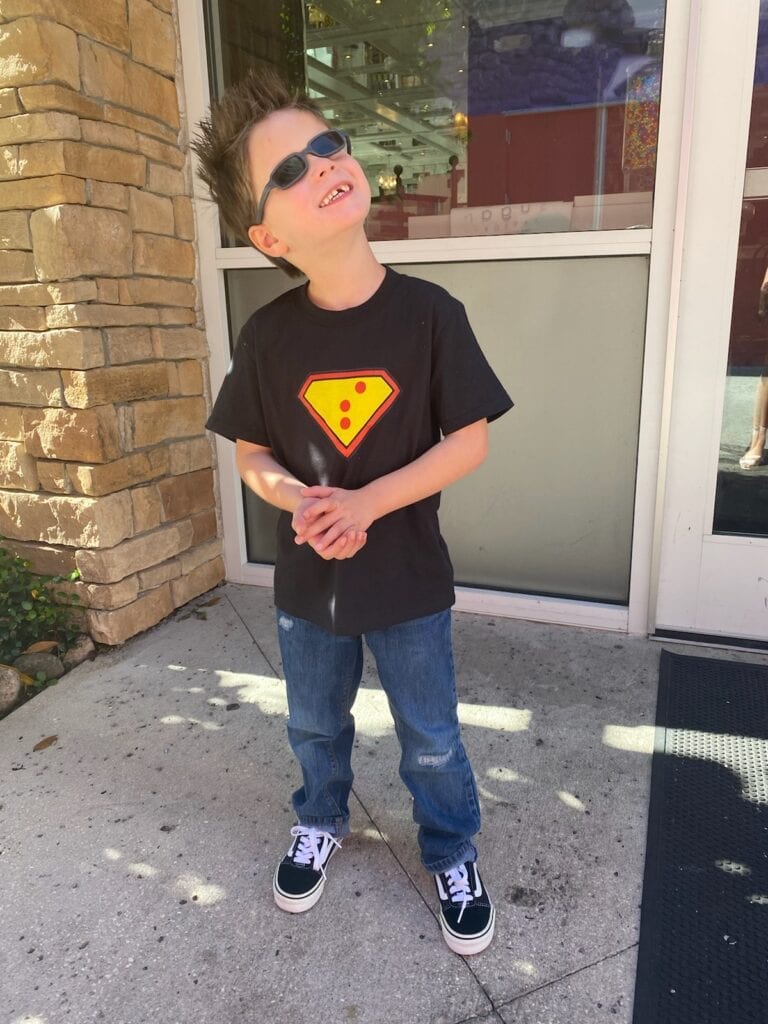 When you are born blind, you do not know there is a problem.  You learn to adapt to your surroundings and use your other senses to live life.  This is the life of Sawyer Clyde, today’s People of Blount County.

At the age of 5, Sawyer has not missed out on much.  He never slows down or quits talking.  He is the youngest of five children, laid back but very demanding, and thinks he is 15 or 16 and the boss of his siblings.

Although he was born blind, Sawyer was not officially diagnosed until he was 16 months old.  His parents knew there was something wrong with him initially, but had a hard time getting a diagnosis.  He had blood tests, visited an eye doctor, a neurologist, and had an MRI.  Doctors in Birmingham and Detroit saw him; yet, they all revealed nothing.

Thankfully, through connections of friends, the Clyde family found out that Sawyer had a genetic condition called leber congenital amaurosis.  This eye disorder primarily affects the retina, which is the specialized tissue at the back of the eye that detects light and color.  People typically have severe visual impairment beginning in infancy.

Because of his disability and being at risk for developmental delays, Sawyer became involved with the Bell Center in Homewood at a very early age.  He continued with the early intervention program until he aged out at 3 years old.

Sawyer is currently being home schooled.  He also has a teacher who comes once per week to work with his orientation and mobility.

With supportive parents and siblings, Sawyer has built a very impressive repertoire.  He has picked up on Braille very quickly and is a phenomenal reader.  He has already mastered uncontracted Braille, which translates each individual print letter, number, or punctuation mark into a Braille sign.

Learning contracted Braille, which is the widely used universal standard form of Braille in the English language, has allowed Sawyer additional opportunities to read even more books.  Contracted Braille uses special Braille characters that stand for complete words or for groups of letters within words.

Sawyer has also mastered using a Brailler.  He loves to type and will type anything you ask him to, including the household grocery list. 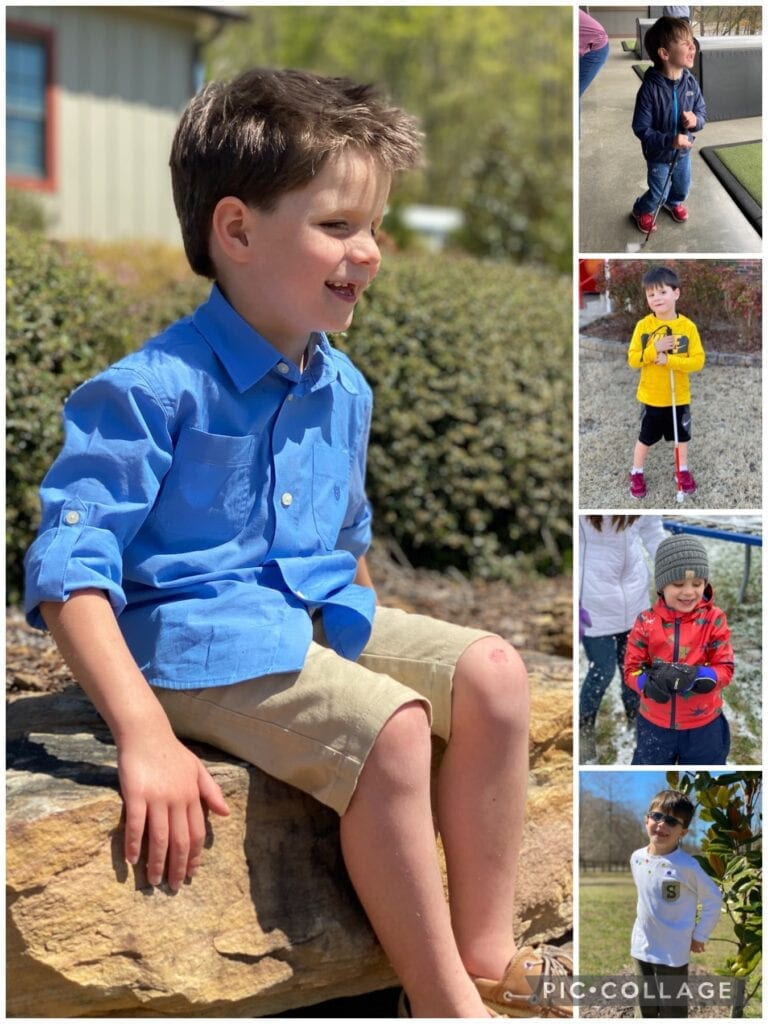 To watch Sawyer in person is amazing.  A perfect example is when Sawyer goes to theatre practice with his family.  He can pick up a set of keys, know whom it belongs to, and know what every key goes to.  One of his aspirations is to become a locksmith at Ace Hardware when he grows up.

Another possible job Sawyer has been thinking about pursuing as an adult is a tattoo artist and writing people’s names on their arms.  Since Sawyer has never seen a tattoo, his mom doesn’t really know how this concept came about, but Sawyer says he heard his sister talking about a tattoo in the past.

Some days you will find Sawyer in the kitchen cooking with his mom.  Other days you might find him riding all over the designated yard space in his battery powered 4 x 4 truck.  This is simply a typical day for Sawyer although his world is different from others who can see.

Being much like other children, Sawyer loves pizza and chocolate chip cookies.  However, his favorite pizza, pepperoni with banana peppers, may not please the typical likes of others.

In March, Sawyer started gymnastics and has added it to his long list of job potentials.  Because balance can be an issue at times, gymnastics is good therapy for him.  Currently he receives one-on-one training on the balance beam.  He gets on the balance beam and has stood to an amazing count of 30 in just the few short weeks he has been training.

Coming this June, Sawyer will make his theatre debut with the Community Arts Council.  He will be playing the character of Woodstock in their  “Charlie Brown” production.

Because his hands are his eyes, Sawyer uses them to see.  It has been a recent challenge as his parents are trying to teach him about personal space.  They are helping him learn what is acceptable and have to curb some actions, all while keeping in mind that he learns with his hands.  The challenge can be even greater when others do not understand why he is intruding into their personal space.

Life as Sawyer knows it is no different than everyone else’s.  He loves life and is willing to try different things.  He has excelled at many.  Sawyer has a great future ahead of him.  He is an amazing 5 year old. 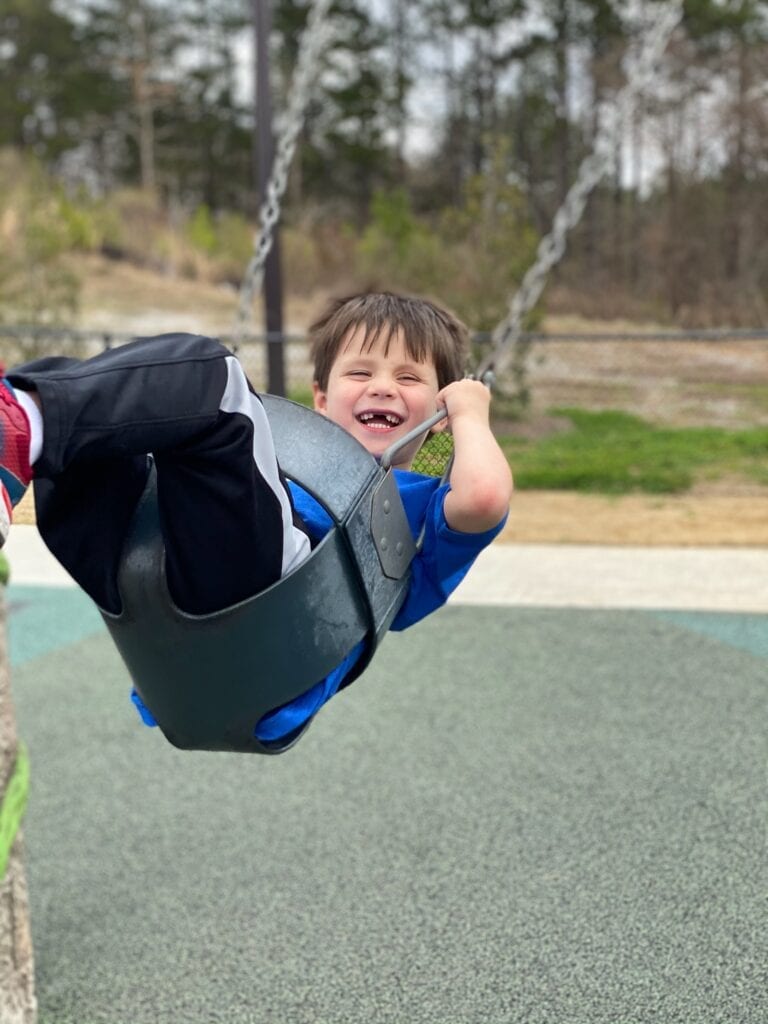