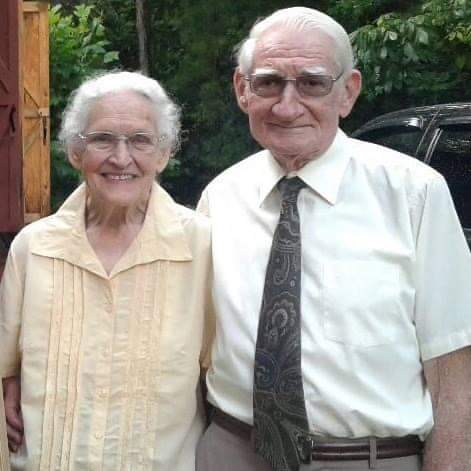 Eighty-eight years can be broken down into many ways.  It is 1,056 months, 4,576 weeks, or 8,052 days., But regardless of how it’s done, that’s how long John Metzler, today’s People of Blount County, has lived.  And although he may be slower, he is like the Energizer bunny and still going strong.  John gives all credit to God.  And even though age is forcing life at a slower pace, don’t think that John is ready to sit down.

In his personal life, John has witnessed a multitude of changes as well.  Ranging from marriage, births, good times, and not-so-good times, life has molded John into the person he is today.  He has had ups and downs, smiles and frowns, and laughter and tears, but through it all, John knows God has been the one constant in his life. God has never left him or forsaken him, and he has been steadfast and true.

Growing up in Pennsylvania, John’s family farmed as a means of meeting their needs.  Everyone in the family helped out.  They worked both vegetable and beef cattle farms to pay the bills.  It was hard work, but necessary to sustain.

The family was also very involved in church.  When he was 15, John’s father received a call from the Lord for the family to move from Pennsylvania to Alabama and begin a ministry there.

John, who was the oldest of five boys, was a sophomore in high school and wanted to continue his education in the Christian school he was attending near Lancaster.  His parents allowed him to remain behind, live with a relative, and finish high school.  He would then join his family during the summer.

After high school, John went to live with his family for one year.  When he turned 18, John registered for the draft with a “conscientious objection” classification.  He chose to do some type of alternative service and worked as part of the maintenance crew at Morris State Mental Hospital for two years.

While he was in Morris, John continued to correspond with a young lady, who happens to be the love of his life, named Alma.  They married on Jan. 1, 1955 and have been together all of these years.  At the age of 22, the Lord called John to become a minister.  He spent 10 years in south Alabama serving the Lord.  During this time, all four of his children were born.

After 10 years in south Alabama, John’s father, who had been called to do mission work on Straight Mountain, needed help, and John and Alma chose to relocate to Straight Mountain. There he took over the chicken farm for commercial egg production as a means of providing for his family.  Although he gave up the egg operation in 1992, he and Alma have remained on the mountain since that time.

John, who was the full-time pastor at St. Mountain Mennonite Church for 32 years, recently passed the torch on to his youngest son Bob.  Now John is the assistant pastor and preaches one time per month.  Throughout his ministry, John has been an inspiration and motivator to many.   But, John wants others to understand that he doesn’t want to be put on a pedestal.  He wants people to know that God has allowed him to connect with and serve people.  He is simply the tool God used.

Over the years, John also served as an evangelist and preached in Florida, Mississippi, Georgia, and Louisiana. He enjoyed being an evangelist, but John would only be gone a week at a time before returning home to his family.  Even now, John continues to conduct a weekly men’s Bible study that has been taking place for 20 years.

As the transition of slowing down in life has continued, John turned over the reins of the farm to his grandson Jonathan in 2020.  He and Alma continue to reside on the property, but have downsized to a smaller home.  Even though he has made changes in life, John has made it clear that he will continue to serve the Lord as long as he can.

When John thinks about life, he recalls several things that stand out in his memory.  They include the Sept. 11, 2001 attack on the U.S., where he was as he watched the towers burn and collapse; the Kennedy Assassination; conducting many funerals; the Lord speaking to him; and life’s wonderful journey with his children, four grandchildren, and three great-grandchildren.  He truly feels blessed, and, although he does not know what the future holds, John knows who holds the future.