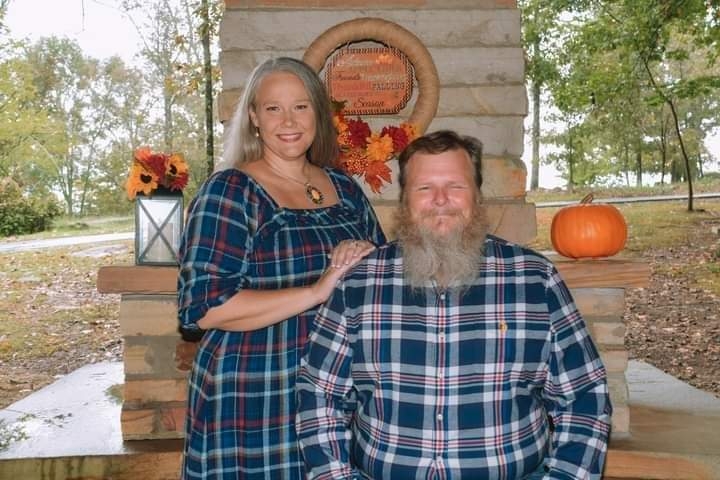 There are people throughout the county who simply do good and want no recognition.  They have a desire to bless others and in turn are blessed themselves.  Today’s People of Blount County features a couple who do these random acts of kindness not only for others, but many of their acts of kindness focus on special needs children.

Brandon and Jeanette Kilpatrick of Cleveland have always loved children and children seem to gravitate to them no matter where they are.  But if you ask Jeanette why special needs children are near and dear to their hearts, she will tell you, “It fills my mommy heart and fills my nurse heart. I want all children to be treated equally.  All children should have the same opportunities as others. Not everyone wants to be their Santa.”

For those that do not know, Brandon and Jeanette are Santa and Mrs. Claus.  They spend much of their time in November and December spreading that Christmas magic with children (both young and old) all over Blount County.  Brandon says the special needs children pull at your heart strings and he loves seeing the magic of love in their smile and eyes.  Previously, the Kilpatricks were serving as Santa and Mrs. Claus throughout north Alabama, but they have since narrowed it down to primarily Blount County so that they can have some much needed family during the holidays. 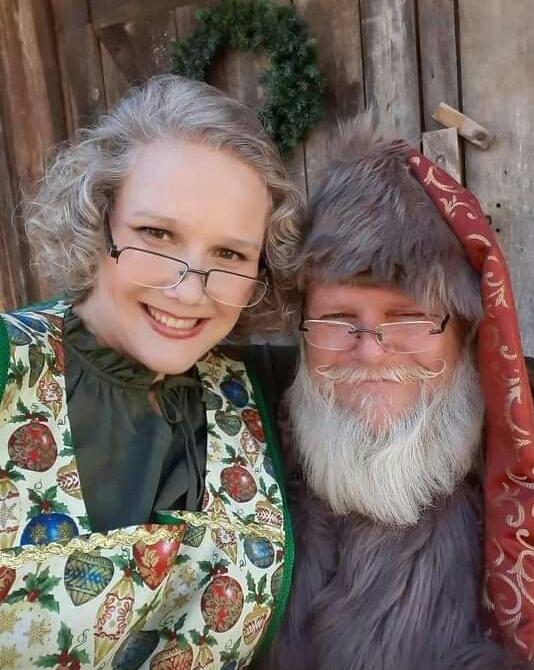 They serve as Santa and Mrs. Claus at Oneonta Fire and Rescue each year.  When the duo began their Santa adventures, Jeanette made Brandon’s first Santa suit while out on maternity leave.  Since that time, they have upgraded his suit and Jeanette has a Mrs. Claus suit to accompany Santa during his appearances.  They have the best of two worlds as husband and wife and Santa and Mrs. Claus.

Jeanette grew up in Cleveland.  She is a 2000 graduate of Cleveland High School and currently works as a nurse at Ascension/St. Vincent Blount.  She serves as team leader/ADT coordinator for the med surge and ICU.  Jeanette will tell you when she married Brandon five years ago, she had to drag him across the Marshall County line.  Once Brandon became a Blount Countian, he now likes to stay put in the county.  He loves the county, the community, and how easy it is to get to know people. Brandon and Jeanette came into the marriage with two boys and were blessed with a now 5-year-old fireball.  The daughter is just what they needed to complete their family.

The Kilpatricks will tell you they live a simple life. Brandon works as a land surveyor and draftsman. He is a senior warden for the Dry Creek Masonic Lodge.  The family attends Nectar United Methodist Church.  They enjoy doting on their children who are active in the 4—H program.

In addition to their Santa/Mrs. Claus gig, Brandon and Jeanette give back their community in other ways.  They are active with the Blountsville Historical Society and can be found at the park during special events.  Brandon is a blacksmith and showcases his talents during the year.  Early on, Brandon learned the art from a gentleman in Scottsboro. Over the years, he also learned to make knives and still enjoys that trade when time allows.  Brandon also enjoys creating pen and ink, water color, or charcoal drawings.  He especially enjoys creating old black and white pictures of political figures including his hero Teddy Roosevelt.  Brandon has a picture from years back he drew of Roosevelt, who was a Rough Rider.

It is important to Brandon that students know the Constitution of the United States. He is proud to be an American and believes that teaching children early on the history of the flag and the constitution.  Brandon plans to give a copy of the constitution and a flag to Cleveland Elementary School fifth grade students in the future.  Other efforts to give back to the community include building wheelchair ramps and railings for those in need.  The Alabama Masonic Grand Lodge provides funding for the projects.  Jeanette also donates her time assisting her aunt, Sandy Watson, with the North Central Alabama Covered Bridge Pageant, which giver her an opportunity to help the special needs contestants.  To see those princesses dressed up and receiving a crown just fills her heart with love.

Brandon and Jeanette are honored for this nomination.  In fact, they were shocked.  They love giving back and spreading joy and today is their day to be recognized even though they do not do their acts of kindness for the recognition.