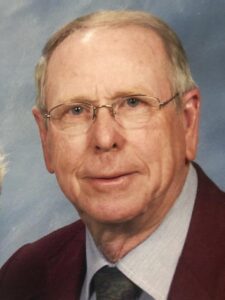 When visiting Bob Harvey, today’s People of Blount County, you will realize that he has a passion for flowers.  His home is surrounded by a multitude of flowering plants that create an environment that is not only beautiful, but peaceful.

Each morning, Bob enjoys a cup of coffee as he sits at the kitchen table and observes his own sort of botanical garden.  In addition to enjoying the gardens, he often witnesses birds, bees, butterflies, and even an occasional deer taking delight in the flowering sanctuary.

Whether it is spring, summer, fall, or winter, you can be assured there are plants sharing their year-round beauty. With a variety of plants including  hydrangeas, touch-me-knots, tiger lilies, elephant ears, hibiscus plants, cacti, coleus, and so much more, there is likely something that will catch your eye. Some of Bob’s favorites are the begonias, the Chinese hibiscus, and coleus. 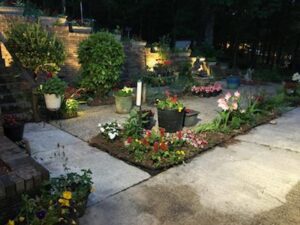 Although most of his garden setting is perennials that have been delicately planted in a desired spot, there are volunteer plants that have sprouted in a variety of places throughout the gardens and property. Bob also has several plants that are in pots that must be brought inside once the weather turns cool.  Even then, the cacti still produce some amazing flowers.

And while the spring and summer have the majority of flowering blooms, the pansies bring delight to the eye until winter.  Then it is time for Bob’s hellebore plants to shine as they bloom from late November until spring. 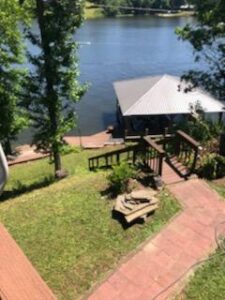 Like many others, Bob’s family farmed while he was younger.  They farmed vegetable crops during the summer and his father worked as a carpenter during the winter.  In 1950, the family moved to Oneonta and opened Highway 25 Service Station which also included a grocery store at what is now known as “Harvey Hill” coming north on Highway 231 into Oneonta.

Why is that area known as Harvey Hill?  Bob said that he worked at the store after school until it closed each evening at 8 p.m.  His loafing time was from 8 p.m. until midnight.  Since the store was close to town, many of his buddies would say, “Let’s go up to Harvey Hill” to hang out, and that name has stuck all these years later.

Just two years after the family moved to Oneonta, Bob’s father passed away.  That left him having to help more with the store/gas station.  Most days, he was up at 5 a.m. to open the store, then off to school from 8 a.m. until 2:30 p.m., and back at the store until closing.  It was hard, but it had to be done.

At the age of 15, Bob had to go into town for supplies and ended up getting a ticket for no driver’s license.  He paid the ticket, but the very next week, Bob went to the driver’s license office, told him he was 16, and obtained his license.  Back in those days, no birth certificate was required for age verification.  They simply took your word.  To this day, Bob’s license indicates he is one year older than he actually is.

In 1960, Bob opened a tire service shop in Oneonta and ran it until 1988.  Bob has a scrap book that shows a 1962 ad for new tires for the whooping price of $8.95. After moving on from the tire shop, Harvey Muffler Quick Lube and Oil came into existence and was opened under Bob’s reigns until the year 2000.

In 1956, Bob married the love of his life, Velma.  They shared a wonderful life together until her passing in 2020.  Together the raised three children and were blessed with eight grandchildren and nine great-grandchildren. 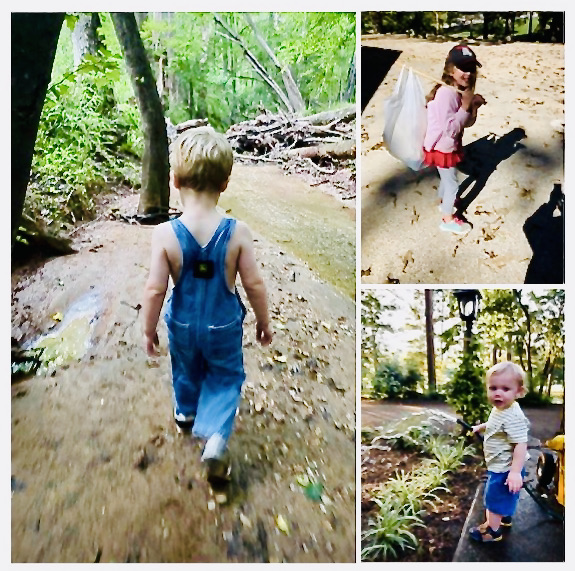 Many may recognize Bob’s name because of his involvement in politics.  He will tell you, “Politics has always been in my blood.”  During his high school years, Bob served on the student council and then served on the city council from 1972 until 1976.  During that tenure, Bob and the other council members voted to build the new Oneonta High School.  Many citizens disagreed with the council’s decision and all the council members lost in the next election.  That building was completed in the late 1970’s.

After the city council appointment, a couple of people approached Bob and asked him to think about running for a seat in Alabama’s House of Representatives.  He thought about it and filled out the qualifying paperwork unbeknownst to his wife.  Let’s just say she was not initially happy with that decision.

During those 16 years, Bob is proud of the accomplishments that came about.  One included being able “put the county back together” by having just one representative. Before it was chopped up with more than one representing the county, which made making any improvements more difficult.  He was also instrumental in helping obtain funding for J.B. Pennington High School when it burned the first time.

From the second term forward, Bob represented all of Blount County and was instrumental in helping the county get the second interchange off Interstate 65 in Hayden.  After one serves as chairman of the Highway Committee, they are allowed to pick a project to help their county.  Bob chose to have Ala 75 four-laned from Oneonta to Birmingham.

As in most projects, there were some who were angry at Bob for choosing Ala 75.  They thought four-laning Ala 79 would have been a better choice.  But, it was stipulated that a project must begin within six months.  Ala 75 was the only road that met required stipulations in that the state owned the right of way and could begin moving dirt in that time frame.

After giving up his house seat, Bob went back to owning his own business and spending more time with his family.  He obtained his real estate license in 2004 and sold homes for several years.  He still dabbles in that today.

Currently Bob is serving on the Blount County Economic Development Council and the City of Oneonta Planning Commission.  He has also been a member of First Baptist Church for more than 55 years. And while he has slowed down over the past couple of years, he still enjoys time with his family, spending time at the lake house, and sitting on the patio reminiscing.  Life has not always been butterflies and roses for Bob, but it certainly has helped him become the man he is today.