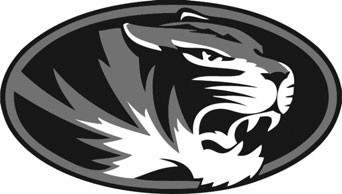 The J.B. Pennington Tigers jumped out to a 14-0 lead after one quarter and eased to a 28-8 victory over Brindlee Mountain in front of a big homecoming crowd at William R.

The Tigers got a pair of touchdown passes from Brandon Butts – a 13- yarder to Colby Bagwell and an 11-yarder to Brenner Drain – to take an early lead.

The lead grew to 21-0 at the half after Jacob Washburn scored on a 17-yard run.

Brindlee Mountain got on the board in the third quarter when Brent Myers found a seam in the Tiger defense and sprinted 80 yards for a touchdown. The two-point conversion was good and the Tiger lead was cut to 21-8 after three quarters.

Washburn ended the any hopes of a Lion comeback. The sophomore took an inside handoff, cut to the sideline and outran the Brindlee Mountain secondary for a 64-yard touchdown that sealed the win.

Pennington put up 403 yards of offense, including 209 yards on the ground, and did not turn the ball over.

The Tiger defense gave up 416 yards – including 358 on the ground – but forced four turnovers.

Butts completed 13 of 18 passing for 194 yards and a pair of touchdowns.

Washburn had just four rushing attempts but finished with 102 yards and a pair of touchdowns. Drain had 79 yards on 11 carries and caught seven passes for 130 yards while Washburn caught four passes for 31 yards.

Dustin Wilson led the Tiger defense with 19 tackles while Aubrey Bottomlee had 12 tackles. Washburn had 10 tackles and a fumble recovery. Victor Ramirez had a pair of interceptions and Butts also picked off a Brindlee Mountain pass.