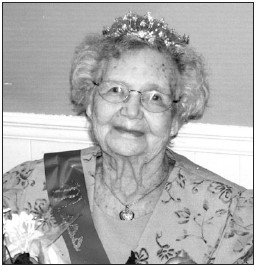 She said she couldn’t believe she won, but Louise Patterson was indeed crowned Ms. Altoona Health and Rehab 2009. It was an exciting event for the residents, staff, and family who joined in the festivities.

Mrs. Patterson’s hometown is Altoona. She has a son and two daughters who are excited and very proud for her. A nurses’ aide for many years, she worked at Altoona Nursing Home when it was first built. She retired several years ago as a nurses’ aide at Blount Memorial Hospital.