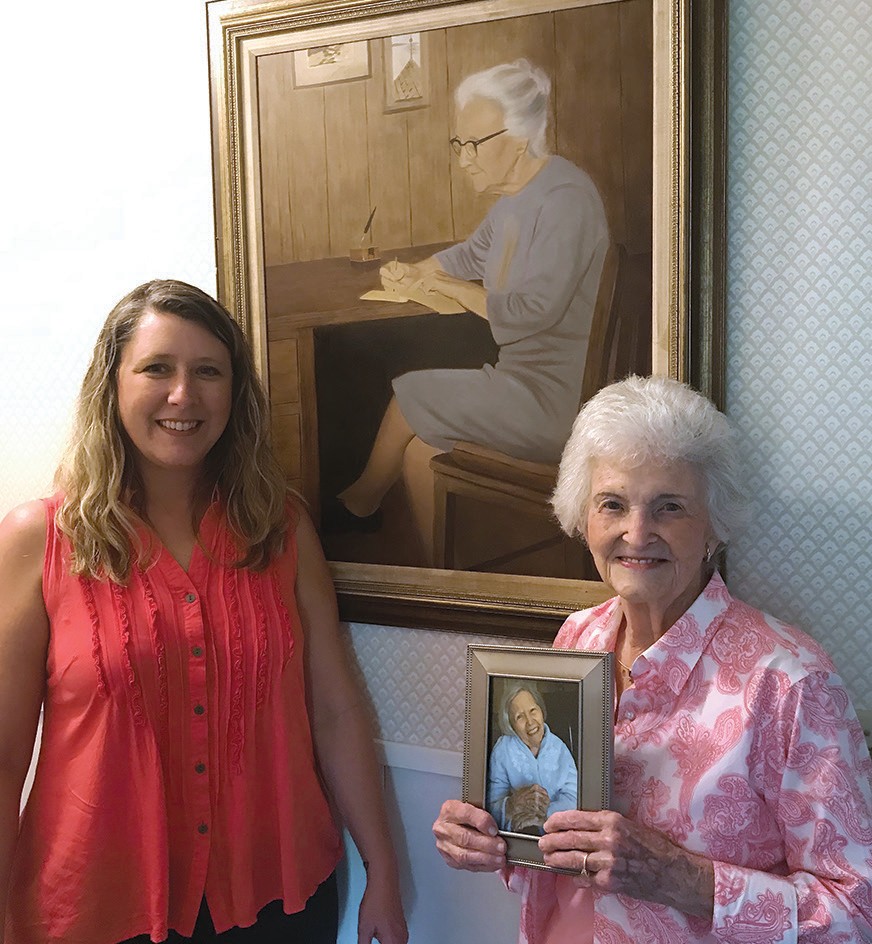 Since the passing of previous owner, Rob Rice, the paper has been published weekly by remaining staff, just without a “boss.”

Wilson, current executive director of the Blount County – Oneonta Chamber of Commerce, will join other members of the staff as soon as paperwork is finalized.

“I’m beyond excited about owning the newspaper. It’s been my dream for a long time,” Wilson said.

A final bit of trivia… the desk in the painting is still at the newspaper office. Wilson plans to use it in honor of two amazing women who have owned the paper in the past.