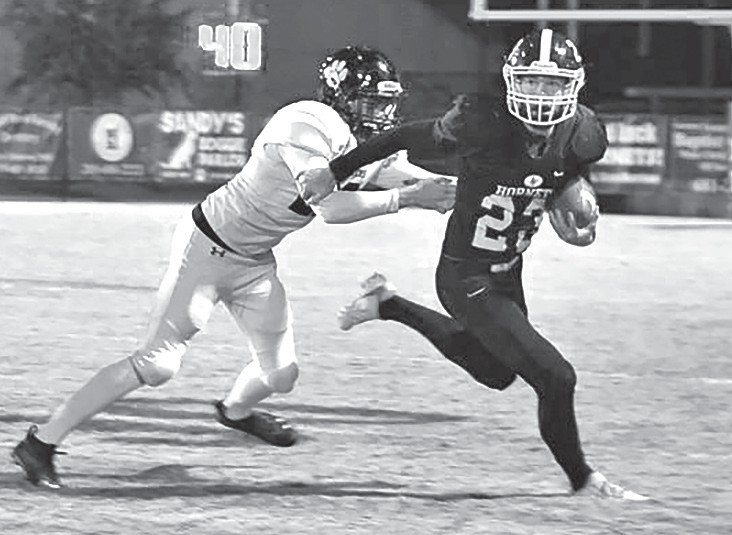 The Locust Fork Hornets tangled with the Walter Wellborn Panthers Friday night in the first round of the state playoffs losing 14-54.

The Hornets fell behind quickly giving up 48 points in the first half. However, the Hornets did manage to score early in the second quarter. Braden Ellison returned a Panther kickoff 74-yards for a touchdown. David Mondragon added the extra point making the score 7-48 at the half.

The Panthers added one more touchdown in the final seconds of the third making the score 7-54.

The Hornets never stopped trying, scoring once more late in the fourth on a 5-yard touchdown run from Charlie Cater. Mondragon’s kick was good bringing the final score to 14-54.

Offensively for the Hornets, Cater went 18-for- 33 for 85 yards as well as running 17 times for 105 yards and a touchdown. Ellison caught 10 passes for 81 yards and returned a kickoff 74 yards for a touchdown. Micah Calvert caught six passes for 24 yards.

The Hornets end their season 6-5.