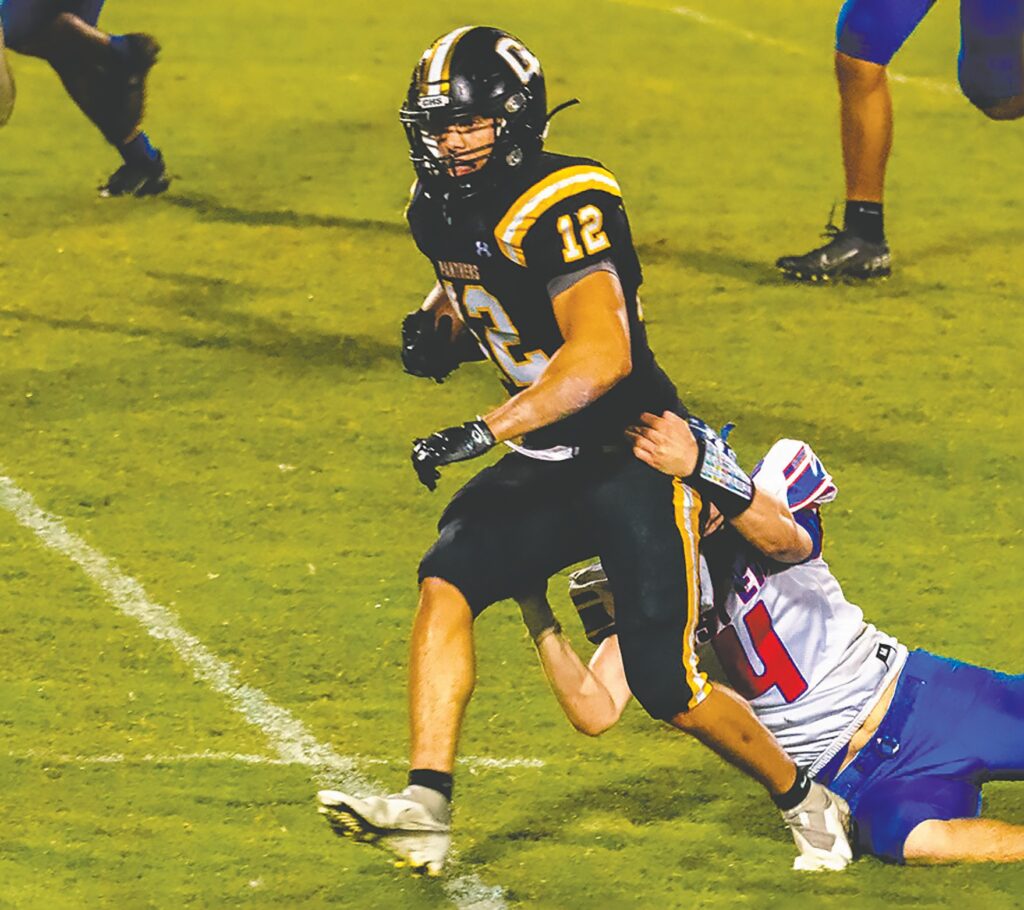 For the second straight Friday, the Cleveland Panthers put more than 60 points on the score board. A week after downing the Hornets 62-19, they moved to 2-0 in 2A Region 6 with a 65-21 win over the West End Patriots.

The Panthers finished the game with 542 yards of offense with 296 coming through the air and 246 on the ground. West End accumulated 274 yards of offense, but the Panther defense gave up only 21 rushing yards.

Cleveland wasted no time getting points on the board when Pierce Gilliland ran the opening kickoff 88 yards for a touchdown putting the Panthers up 6-0. West End evened the score at the midway point of the first quarter, but with 1:39 left in the opening period, Logan Washburn ran it in for a 14-yard TD and a 12-7 lead.

Just 29 seconds into the second quarter, Washburn ran it again, this time for an 11-yard touchdown. With the score 18-7, the Patriots drove the ball down the field on their next possession. A touchdown and extra point made it 14-18, but the Panthers wasted no time extending their lead. Tyler Smith got the kickoff at the 4-yard line and took it 96 yards for the score. Washburn’s 3-yard run into the end zone for the two-point play gave the Panthers a 26-14 advantage. 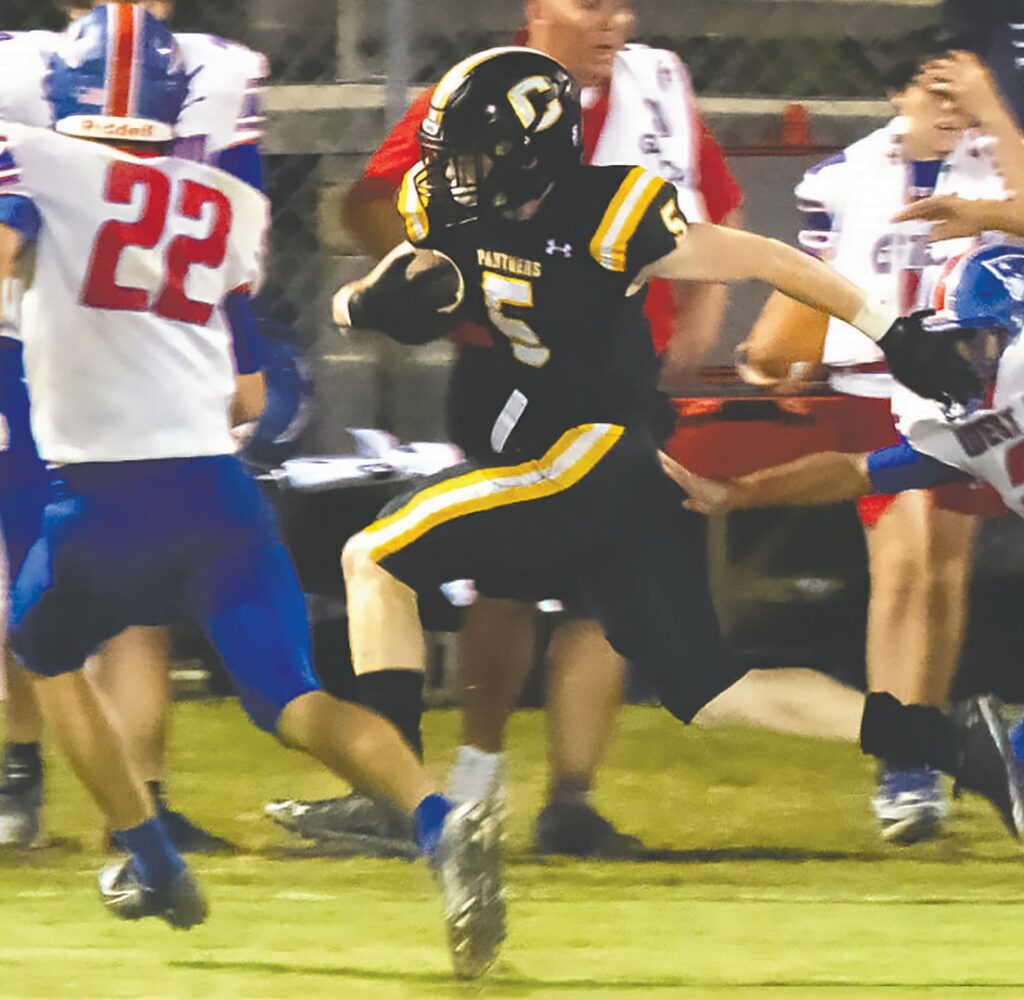 Cleveland’s defense held the Patriots on the next drive giving the Panthers plenty of time to drive the ball down the field. Washburn’s 5-yard rushing touchdown was his third of the game and the Panthers’ fifth. Smith converted the two-point play with a 3-yard run to make it 34- 14. With just 6 seconds left in the first half, the Patriots found the end zone one more time. At the half, Cleveland was on top 34-21.

In the second half, Cleveland shut the Patriot offense down while they added another 31 points to their score. Washburn threw one 41 yards to Gilliland; Gilliland ran one in from the 1-yard line; Smith added a 7-yard rushing touchdown; and Brian Sandoval had a 34-yard rushing score and a 6-yard touchdown. Jeremy Acosta hit one of the extra point attempts to give the Panthers 65.

Washburn finished the game with 296 yards passing and a touchdown. He scored three rushing touchdowns running for a total of 107 yards on nine carries. Smith had 53 yards on the ground with one touchdown, Sandoval had 44 yards with two touchdowns, and Gilliland had 34 yards rushing and two touchdowns. Gilliland caught seven passes for 172 yards and another touchdown while Jacob Johnson caught three for 88 yards and Smith caught two for 35 yards.

Cleveland remains undefeated in region play. Friday night they host 2A’s fourth-ranked team, the Spring Garden Panthers. Spring Garden is coming off a 48-19 victory over Locust Fork. In three games, the Spring Garden defense has allowed just 19 points while the offense averages 39 points and 431 yards a game. While the Panthers have allowed 81 points, they’ve scored 147 averaging 387 yards a game.