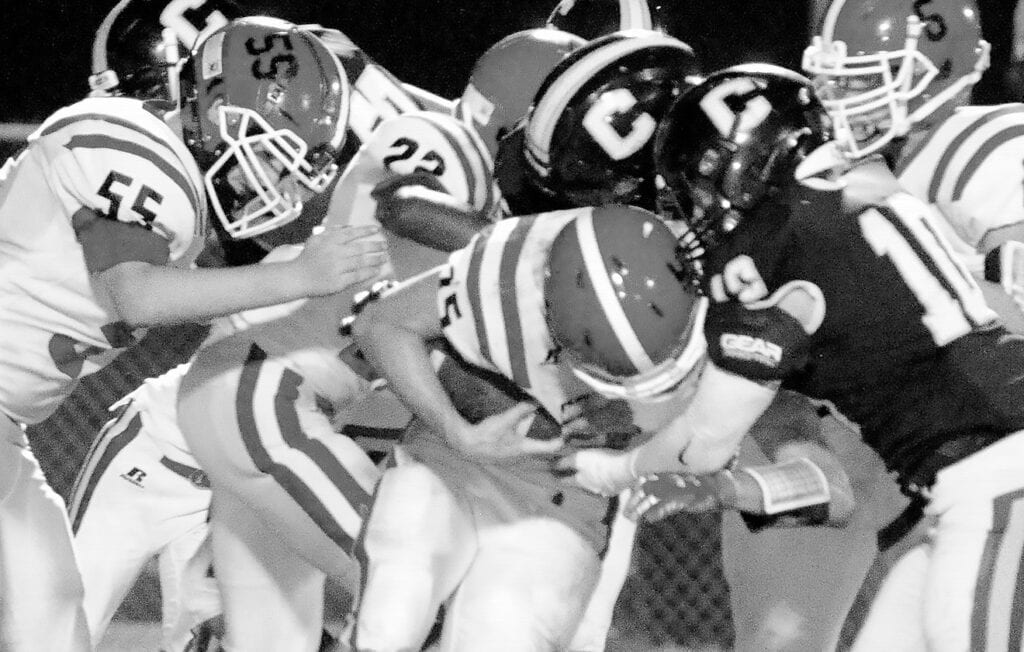 The Cleveland Panthers easily defeated the 1-6 Gaston Bulldogs last Thursday. En route to a 49-0 shutout, the Panthers gained 336 yards scoring 42 points before halftime. The defense was stellar holding the Bulldogs to 18 yards. On 21 rushing attempts, the Cleveland defensive line squelched any attempt to mount positive yardage on the ground as the Bulldogs finished the game with -28 yards.

Logan Washburn’s 50-yard touchdown pass to Pierce Gilliland on the first drive started the scoring onslaught. With five minutes to go in the first quarter, Washburn scored again, this time on a 68- yard run. Jonathan Hernandez hit both extra point attempts for the 14-0 lead. Sterling Hill’s 17-yard fumble return for a touchdown and another Hernandez extra point gave the Panthers 21. With 0:30 left on the first quarter clock, Daquarrius Phillips ran it in from 45 yards. Hernandez’s kick made it 28-0.

The second quarter started with another Washburn TD pass. This time he found Jacob Johnson for 49 yards. Tristan Childers capped off the Panthers’ high-scoring half with a 17-yard run for his first touchdown of the season. Hernandez added the extra point on both scores. 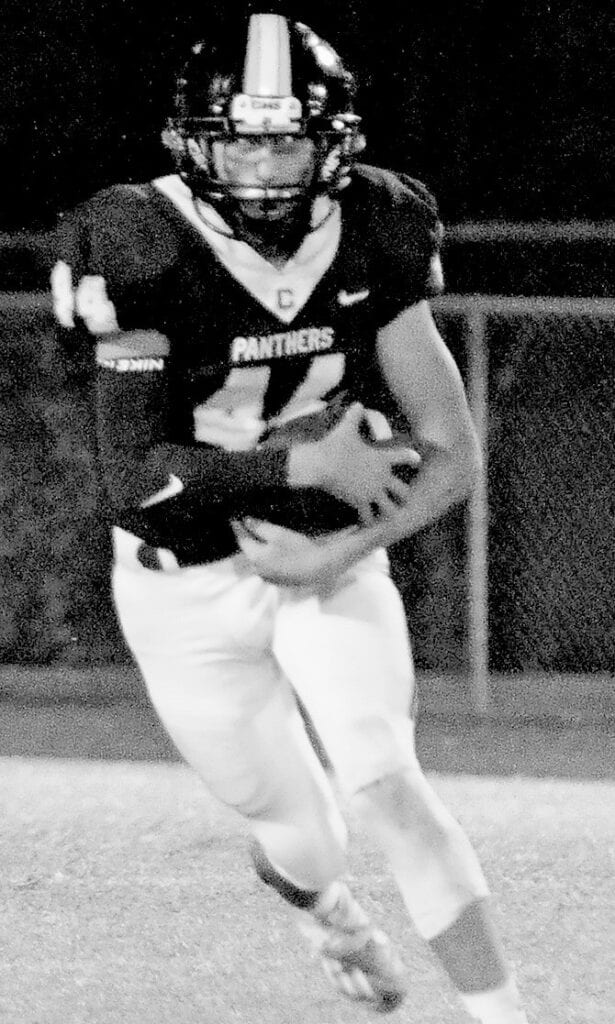 Brian Sandoval scored his first touchdown of the season against Gaston. -Keith Standridge

As time was winding down in the fourth, Brian Sandoval broke free for 38 yards scoring his first touchdown of the season. Hernandez hit his seventh extra point for the final score of 49-0.

Washburn was perfect on the night going 2-for- 2 through the air for 99 yards and two TDs while gaining 68 yards and scoring another touchdown on his only rushing attempt. Washburn’s two touchdown passes went to Gilliland and Johnson, who both caught the only pass thrown their way.

The Panther defense was anchored by Kyle Willis who finished the night with eight tackles and two sacks. Luis Saucedo recorded seven tackles and a half sack while Karter Adams had six.

The win takes Cleveland to 6-1 on the season, 4-1 in region play. This Friday they travel to Rainbow City where they will face the Westbrook Christian Warriors, who are also 6-1 and 4-1.