Panthers on the prowl 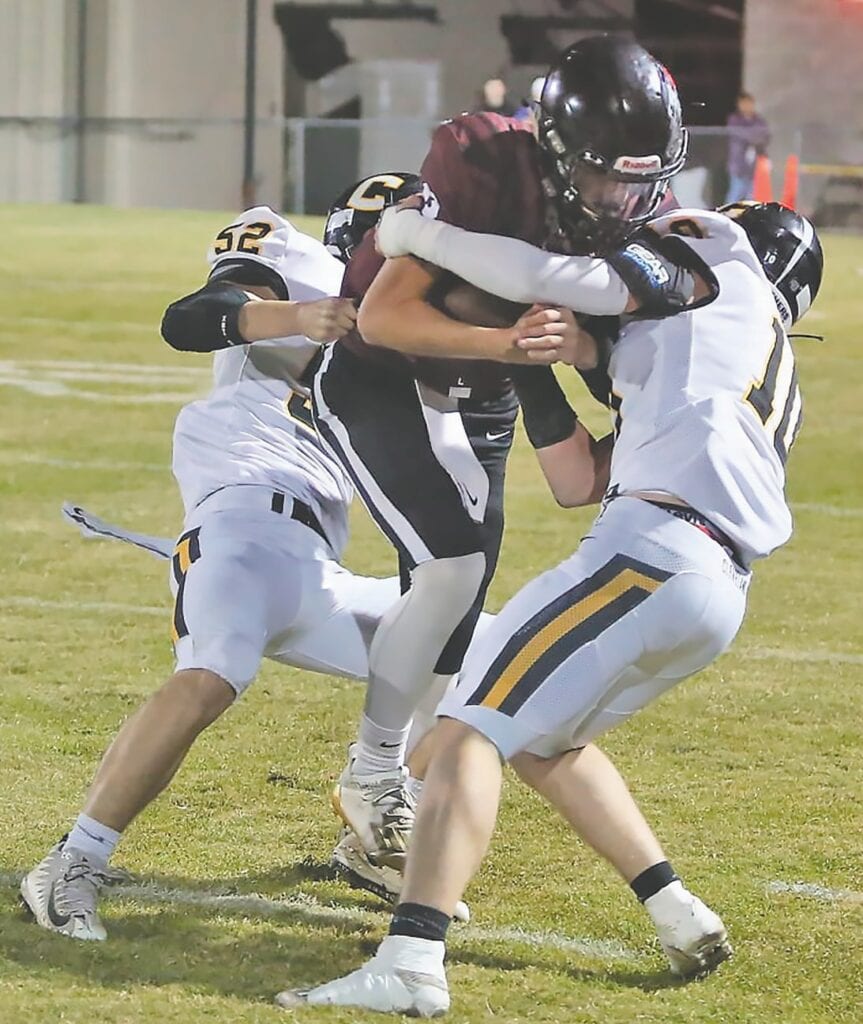 On paper, Cleveland and Southeastern came into Friday night’s game pretty evenly matched. Southeastern’s high powered offense scored 145 points in five games while an experienced and tough Mustang defense had only given up 50. The Panthers weren’t intimidated, though. While they may not have as many experienced players, the Panthers have plenty of playmakers and have outscored their opponents 145-111 through five games.

It didn’t take long for Cleveland’s explosive offense to put points on the board en route to a decisive 42-20 win over their county and region rival. Logan Washburn’s 50-yard TD pass to Pierce Gilliland less than three minutes into the game set the tone. Washburn followed that score up with a 46-yard TD pass to Daquarrius Phillips. Johnathan Hernandez hit both extra points giving the Panthers a 14-0 lead at the end of the first quarter.

The Mustangs, led by quarterback Trent Carpenter, made some adjustments as the second quarter got under way. Carpenter got the Mustangs on the board at the 8:56 mark finding the end zone on a 71-yard run. The missed PAT left the score 6-14. The Panthers wasted no time answering with another touchdown. With 8:01 on the game clock, Phillips crossed the goal line on a 40-yard run for his second touchdown of the game. The Panthers weren’t done. Washburn hit Jacob Johnson on a 69- yard play giving Washburn his third passing TD of the first half. Hernandez once again made the extra point and Cleveland headed into the locker room with a 28-6 advantage.

The Southeastern defense shut down the Panther offense in the third quarter, but the Mustang offense continued to struggle to move the ball. Carpenter finally broke through midway through the third quarter running it in from 5 yards out. Kevin Arzate’s extra point was good and the Mustangs had cut the lead to 13-28.

As the fourth quarter began, the Mustangs were moving the ball again. This time Kevin Juhola broke free scoring on a 4-yard run. Arzate hit the PAT and the Mustangs were right back in the game trailing by only eight with plenty of time on the clock. The Panthers used that time to their advantage, though, putting up 14 more points to close out the game. Washburn ran it in from 1 yard out with 4:34 to go and tossed it to Gilliland for a 30-yard TD with 0:50 on the clock. Hernandez completed his perfect game hitting his last two extra points for the final score of 42-20. 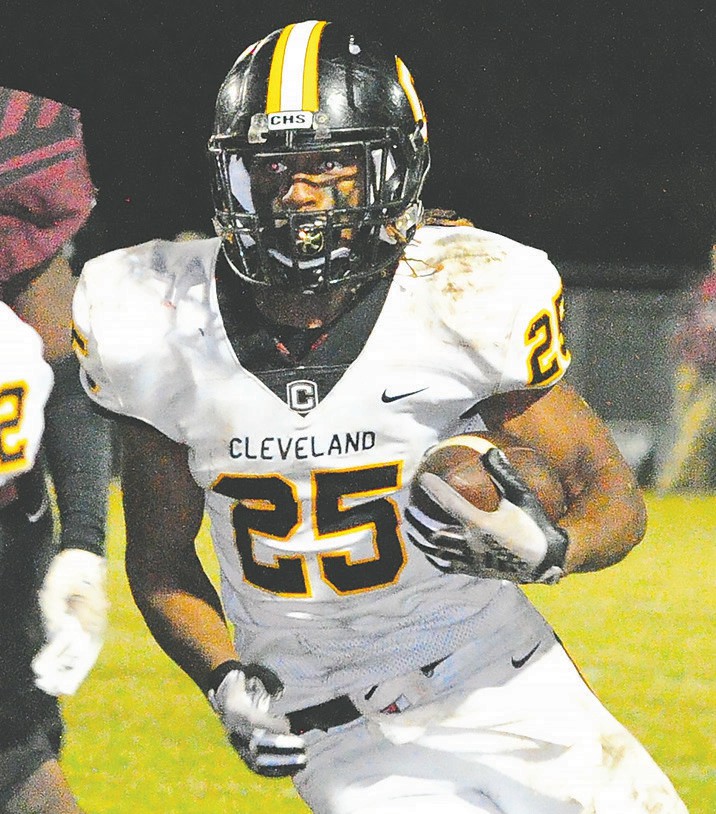 Cleveland’s offense racked up 432 yards with 207 in the air and 225 on the ground. Washburn threw four TDs and ran for a fifth ending the night with 80 rushing yards for a total of 287. Phillips ran 152 yards on 15 carries with one TD while catching three passes for 41 yards and a TD. Johnson and Gilliland both hauled in three catches. Johnson recorded 88 yards with a touchdown and Gilliland had 74 yards with two touchdowns.

The Mustangs ended the night with 310 yards. Carpenter accounted for 230 of those yards (118 throwing, 112 rushing) scoring twice. Brody Dobbins had three receptions for 78 yards. Juhola finished with 44 yards on 10 carries with one touchdown.