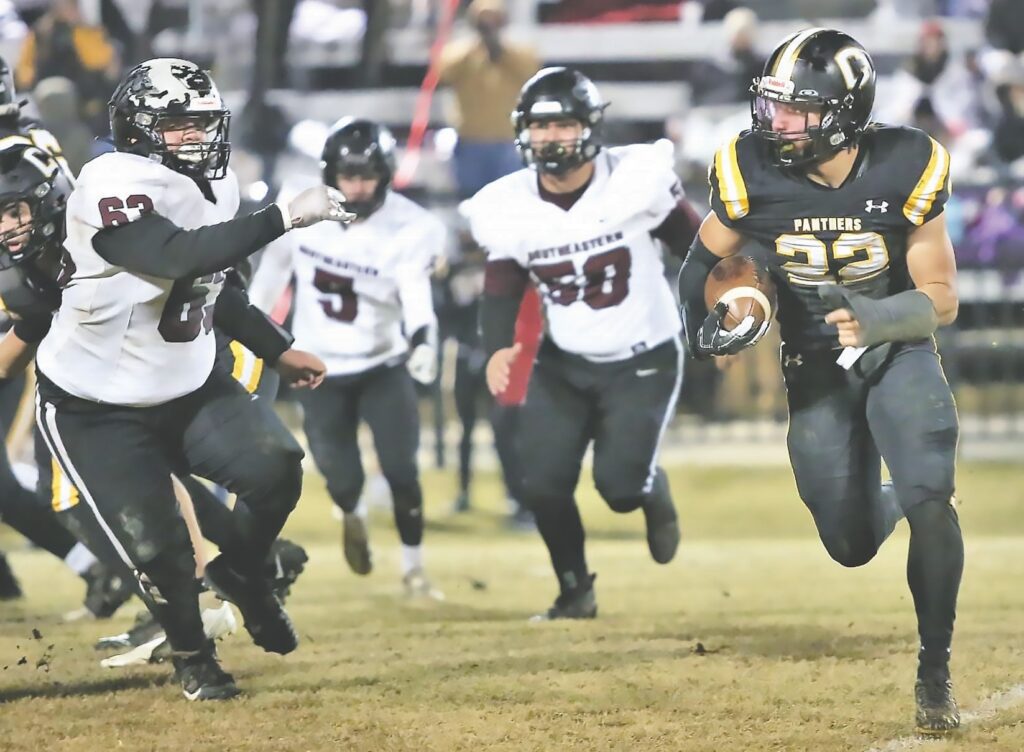 This has been a season of firsts for both the Cleveland Panthers and Southeastern Mustangs. For the first time in school history, the Mustangs made it to the quarter-final round of the playoffs. Cleveland’s 39-8 win Friday night earned the Panthers’ their first trip to the Final Four, which kicks off at Micheal Dixon Memorial Stadium at 7 p.m. Friday, Nov. 26, against the Mars Hill Panthers.

Cleveland set the tone early with Pierce Gilliland’s 1-yard run for the TD. With 1:14 left in the opening quarter, Gilliland scored again, this time on an 11-yard pass from Logan Washburn. Washburn then ran it in to convert the two-point play to make it 14-0. As time was winding down in the second quarter, Washburn added 6 more on a 3-yard run to give the Panthers a 20-0 lead at halftime.

The Panthers struck again at the 7:35 mark of the third quarter. Kartar Adams caught a 24-yard pass from Washburn to make it 26-0. Around three minutes later, Gilliland got his second rushing TD when he ran it in from the 3-yard line, giving the Panthers a 32-0 lead. The Mustangs finally got on the scoreboard with 0:04 left in the third quarter when Trent Carpenter scored on a 12-yard run. Noah McCray made it 8-32 with his run into the end zone on the two-point play. Cleveland scored one final time in the fourth quarter on Washburn’s 15-yard run. Jeremy Acosta kicked the extra point for the final of 39-8. 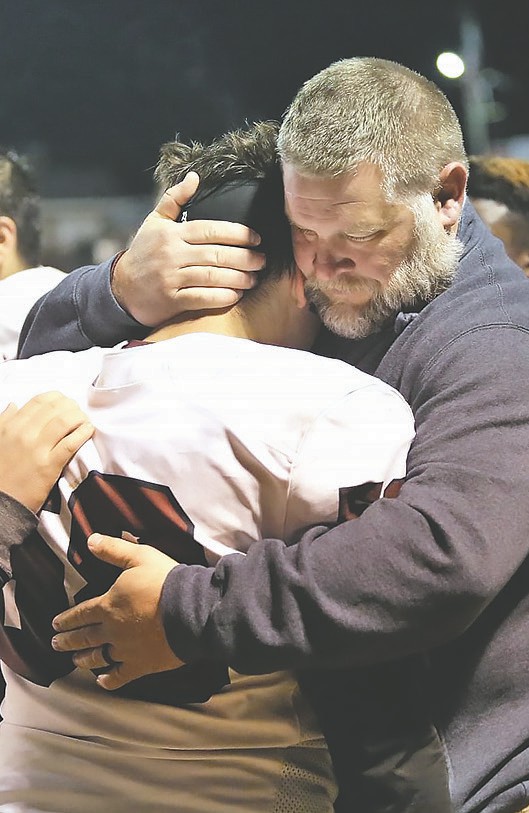 Washburn finished the game with 286 total yards. He threw for 165 yards and two touchdowns while running for 121, scoring twice. Gilliland ran for 70 yards and scored twice on 10 carries. He also caught eight passes for 45 yards and another touchdown. Tyler Smith finished with 67 yards on the ground while Jacob Johnson caught two passes for 96 yards.

Adams and Luis Saucedo led the defense with 15 tackles each. Johnson and Tray Thomas each recorded eight tackles while Gilliland had seven. Gilliland also got the Panthers’ only turnover when he intercepted Carpenter’s pass. 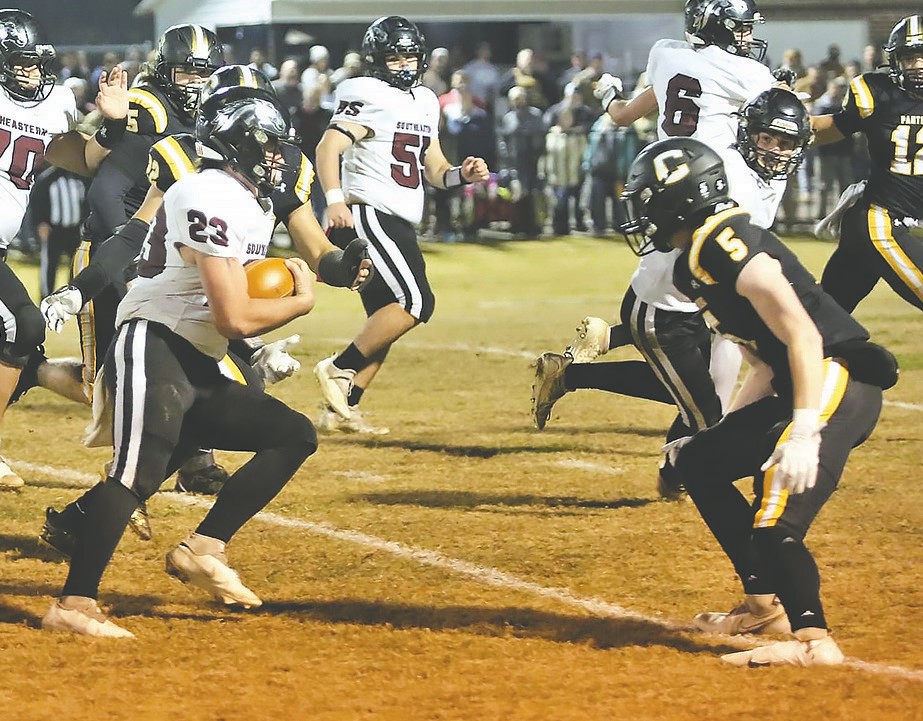 For the Mustangs, Carpenter completed 12-of-27 for 90 yards and ran for another 40 yards on 12 carries, scoring Southeastern’s only TD. McCray ran for 60 yards on 16 carries while Ben Hall hauled in eight passes for 70 yards.