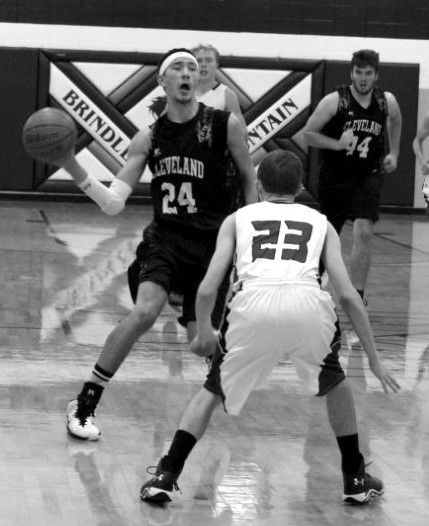 Cleveland’s Khalil Johnson looks to pass against Sardis in the first round of the Brindlee Mountain Tournament.

In the first game Friday, the Panthers got out to a big lead (14-2) over 4A Sardis but then had to hold on down the stretch for a 58-57 victory over the Lions.

On the second day of the tournament, Cleveland (10-5) faced 4A North Jackson. The Chiefs feature a pair of 6’7 forwards and that made things tough on the Panthers. Cleveland stayed with the Chiefs for the first three quarters but North Jackson (11-2) pulled away over the final four minutes to win, 69-57.

With the loss, the Panthers played Falkville (8-5) in the third-place game Monday. In a back-and-forth contest, Falkville took control in the final minutes to win, 62-58.

North Jackson went on to win the tournament Monday, beating Randolph 79-62 in the championship game.